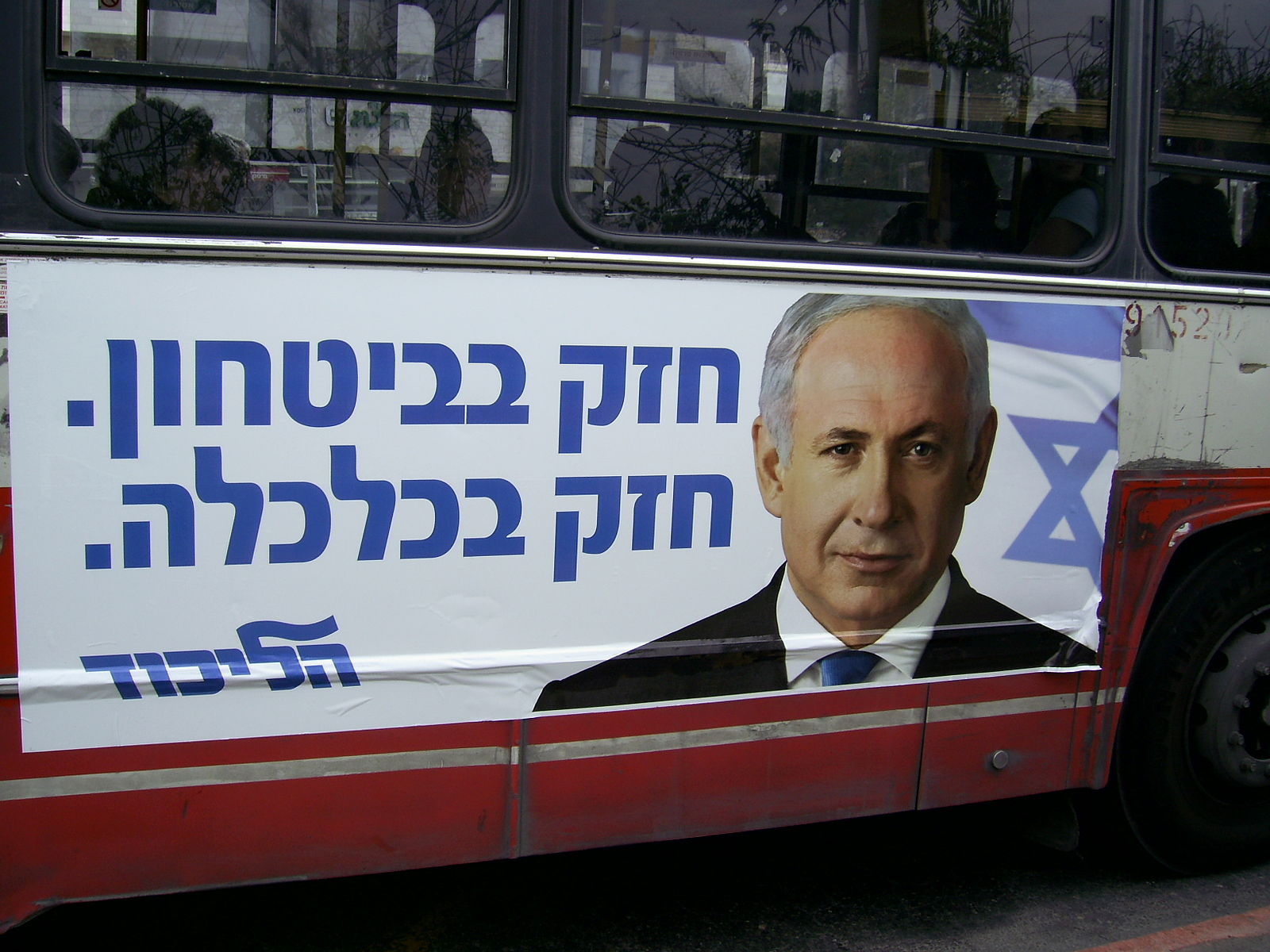 With elections looming on Tuesday, Israeli Prime Minister Benjamin Netanyahu is warning that Israel has “no other choice” other than to invade Gaza in order to overthrow the Hamas regime in power there. In fact, the Jerusalem Post is reporting that on Friday Netanyahu said that war “could happen at any moment”. The Prime Minister and other Israeli officials are sick and tired of rockets being constantly fired into Israel, and they have come to the conclusion that a peaceful resolution with Hamas is simply not possible. Here in the United States many on the left will criticize Israel for taking military action, but how long would any U.S. president wait before taking military action against a terror group that was firing missiles at us? The truth is that Israel has been exceedingly patient with the situation in Gaza, but now the time for patience has run out.

In recent days, Netanyahu has made it exceedingly clear what is about to happen. Here is one example from the Jerusalem Post…

Prime Minister Benjamin Netanyahu warned on Thursday that Israel may have no choice but to embark on a military operation in Gaza to overthrow Hamas.

“It looks like there will be no other choice but to embark on a wide scale campaign in Gaza,” Netanyahu said in an interview with Kan Reshet Bet Radio shortly before he boarded a flight to Moscow where he is expected to meet with Russian President Vladimir Putin.

“There probably won’t be a choice but to topple the Hamas regime. Hamas doesn’t exert its sovereignty in the Strip and doesn’t prevent attacks,” he said. “We have a situation in which a terror group that launches rockets has taken over, and doesn’t rein in rogue factions even when it wants to.”

Netanyahu’s comments also came two days after a campaign rally in the southern city of Ashdod was interrupted by incoming rocket sirens after rockets were fired from the Hamas-run Gaza Strip.

I am not sure how Netanyahu could be any clearer. Here is a third example…

“I do not wage war unless it is a last resort and I don’t risk the lives of our soldiers and citizens just to get applause,” Netanyahu said in an interview with Kan Reshet Bet Radio. “We will probably have no choice but to set out on a big campaign, a war against the terror forces in Gaza.”

“I won’t start it one minute before we are ready, and we are preparing for a `different war’,” he added, shortly before flying to Russia for a meeting with President Vladimir Putin.

Israeli Prime Minister Benjamin Netanyahu always chooses his words very carefully. He is a gifted communicator, and we have never seen him talk quite like this before.

In the past, Israel has responded to rocket attacks from Gaza by conducting targeted airstrikes, and this is something that we witnessed yet again on Wednesday…

Early Wednesday, Israeli jets launched air strikes on 15 targets belonging to the Hamas terror group, which rules the Gaza Strip, in response to the rockets fired at Ashdod and Ashkelon, which were intercepted by the Iron Dome air defense system, according to the IDF.

But it has become clear that airstrikes will never be enough to permanently stop the rocket attacks, and so the Israeli government is preparing to initiate a major ground operation inside Gaza.

Of course this could potentially spark a much wider regional war. Israel and Hezbollah have literally been on the brink of war for months, and so if a major conflict erupts it is easy to envision Hezbollah jumping in to aid their allies in the south.

Right now, Hezbollah has approximately 150,000 missiles pointed at Israel, and their troops are battle-hardened after fighting for many years in Syria.

And if Israel and Hezbollah go to war, there is a very strong possibility that Iran could get involved as well.

Basically we are just a hop, skip and jump away from a cataclysmic war in the Middle East, and this is one of the reasons why Israel has shown so much restraint.

But at some point action must be taken. No nation is going to allow terrorist organizations to keep firing rockets at their citizens indefinitely, and the Israeli government has had enough.

As IDF Chief of Staff Lt. Gen. Aviv Kochavi recently stated, there is “a moral obligation to defend the nation’s citizens against the armies of terrorism that surround them”…

“The changes in the enemy demand that the IDF make changes and adjust its forces and methods of warfare, so urban areas cannot shield the enemy. The firepower the enemy will encounter in the next war will be unprecedented, and a country that allows terrorism to entrench itself in its territory will be seen as responsible for it, and suffer the consequences,” Kochavi warned.

“The IDF has a moral obligation to defend the nation’s citizens against the armies of terrorism that surround them. When the Israeli homefront is under threat by thousands of missiles and rockets, we won’t hesitate to strike a massive blow to eradicate those threats. We will attack and preserve our values, but a main tenet of those values is the need to protect our citizens,” he said.

Personally, I doubt that the Israeli military operation will happen before the election on Tuesday, but I could be wrong.

And let us also hope that it can be postponed until after the upcoming Jewish holidays.

But it is coming, and once Israeli tanks roll into Gaza everything will change. Global events are about to accelerate significantly, and so many of the things that we have been watching for are about to happen.

Both sides have been preparing for this war for a very long time, and the death and destruction will be immense.

Things are eerily quiet for the moment, but the fighting will soon commence, and when it does this will become the biggest news story on the entire planet.