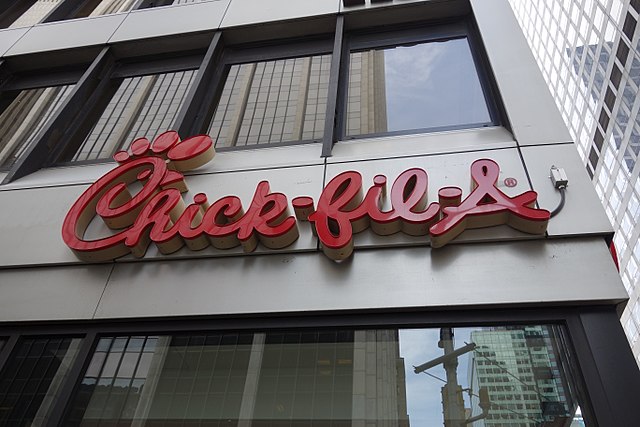 (Natural News) It’s been a big year for corporate censorship, fraud, perversion, and corruption. A whole slew of tech giants, drug companies, big box retailers, and fast food chains grabbed headlines in 2019 for bending over backwards in proud support of deranged leftists and their many special interests, causes and agendas – and we’d like to highlight these entities below in order to publicly shame them.

The following is a recap of the worst “politically correct” offenders this past year, all of which deserve a dishonorable mention for the respective roles they played in silencing free speech, indoctrinating children into sexual filth, manipulating government agencies and officials, and all-around promoting evil and the continued downfall of our once great nation.

Arguably the worst offender of all is Google, which committed so many crimes against humanity in 2019 that it’s difficult to list them all. Early on in the year, it was reported that Google secretly records the private conversations of Android users without their permission or consent.

It was also revealed that Google has partnered up with communist China to construct an artificial intelligence (AI) control grid, complete with auto-blacklisting and auto-demonetization of those deemed enemies of the state.

More recently, Google also partnered up with a company known as Ascension to implement an Orwellian scheme known as “Project Nightingale” that involves sweeping up the private health records of millions of Americans.

This is in addition to all of the political censorship, search results manipulation, shadow-banning, and other anti-First Amendment policies that Google has implemented all throughout the year 2019 in anticipation of the 2020 presidential election.

One of Google’s runners-up, Apple similarly cracked down on free speech in 2019, banning Natural News and other independent news outlets from its Apple News service on the grounds that their climate articles contain information that’s “rejected by the scientific community.”

When it’s not worshiping at the feet of transgenders and targeting Christians and others who oppose the transgender indoctrination of children, Apple is catering to pedophiles and child pornographers, whose egregious online activities apparently don’t violate Apple’s “terms of service.”

For more related news about the censorship agenda of Big Tech companies like Apple and Google, be sure to check out Censorship.news.

Just like Google, YouTube, and Apple, Twitter believes that free speech only applies to beliefs and viewpoints that align with the deep state, hence why the company hired on an active officer in the British Army’s 77th Brigade, a unit of the British military that’s dedicated to “online warfare and psychological operations.”

Facebook allowed pedophiles to chat with children in Messenger, then claimed it was a “flaw”

In addition to pulling down “offensive” patriot pages and shadow-banning users with “unacceptable” opinions, Facebook was also caught pairing up pedophiles with children in its Messenger service in 2019.

Blaming the situation on a “technical error,” Facebook claims that it never intended for pedophiles to gain private access to children’s accounts. But Mark Zuckerberg was apparently too busy targeting conservatives in 2019 to bother making sure that underage Facebook users were protected from exploitation.

Facebook also partnered with the neo-conservative Atlantic Council, a NATO offshoot funded primarily by Saudi Arabia, Israel, and various weapons manufacturers, all of which maintain a constant pro-war agenda in the Middle East.

To keep up with the latest developments concerning Facebook, be sure to check out Facebook.Fetch.news.

It’s no secret that Big Pharma companies are greed-driven chemical rackets that exploit the sick and scared for billions of dollars in profits. But in 2019, the most evil of them all was Spark Therapeutics, which introduced an $850,000 drug for an irreversible degenerative disease.

Spark CEO Jeff Marrazzo claims that this massive price tag is fully justified by the drug’s “inherent value.” He also believes that the company’s “generous” payment plan, which is similar to paying a home mortgage, is perfectly normal and acceptable for patients who will consequently be forced to spend the rest of their lives slaving away to pay it all back.

Since its founding, fast food giant Chick-fil-A has framed itself as a supporter of Christian values, piping instrumental worship music through the speakers at its restaurants and proudly staying closed on Sundays. But all of that changed recently when Chick-fil-A encountered some roadblocks entering new markets outside of the Bible Belt.

After being barred from entering airports in San Antonio, Texas, and Buffalo, New York, Chick-fil-A decided to abandon its longtime Christian charity partners, and instead align itself with the Southern Poverty Law Center (SPLC), an anti-white, antichrist hate group that, ironically enough, inspired domestic terrorist Floyd Corkins to attempt a mass shooting in which he planned to rub Chick-fil-A sandwiches in the faces of his dead victims.

Not long after merging with Bayer, Monsanto, the world’s most evil corporation, was caught spying on and targeting journalists, lawmakers, regulators, and others who were deemed critical of its genetically modified organisms (GMOs) and crop chemicals.

French prosecutors responded by filing a formal complaint against Monsanto, alleging that the company had created a secret “blacklist” containing the names of over 200 prominent European officials whom were to be targeted for “influencing” their “positions on pesticides.”

Bayer has reportedly asked an external law firm to investigate the situation, and to inform all of the people on Monsanto’s blacklist that they were targeted, surveilled, and had “information collected about them.”

To keep up with the latest news about Monsanto and Bayer, including the outcomes of the many lawsuits that Bayer-Monsanto now faces over Roundup (glyphosate) causing cancer, be sure to check out MonsantoMafia.com.