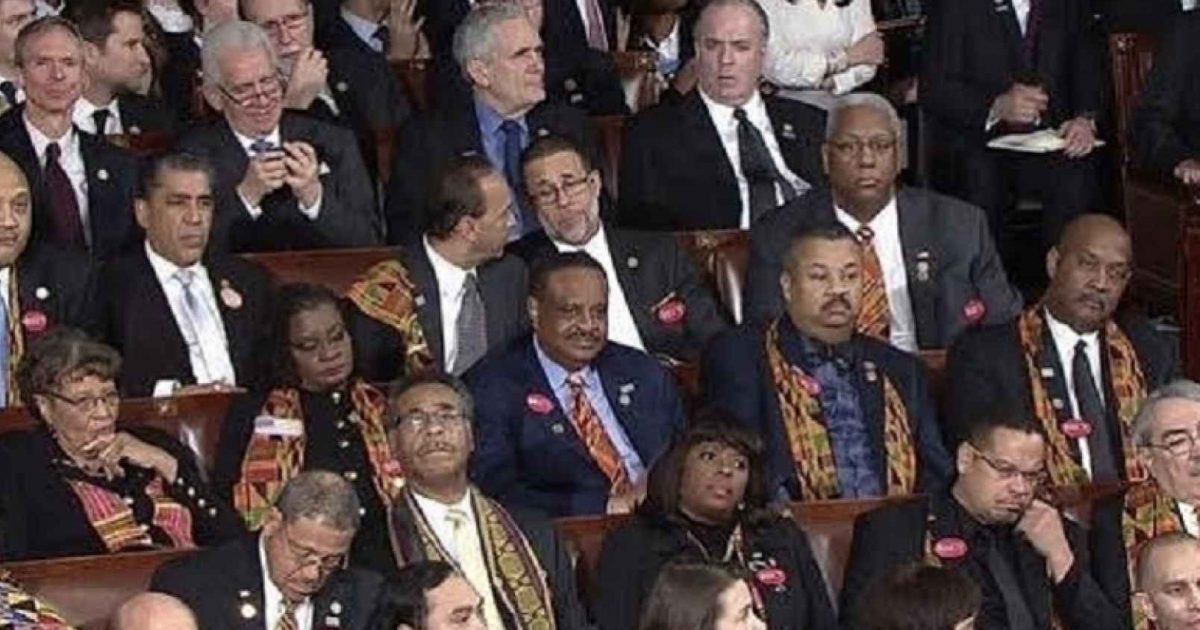 In the last decade, every single House Democrat sent to prison for financial crimes was a Congressional Black Caucus member. In the last twenty years, it’s been over 80%. After the midterms, the CBC has grown past a record 50 members. But that doesn’t mean it’s getting better. Power makes it worse.

Rep. Ilhan Omar is the most famous freshman member of the CBC in the 116th Congress. The CBC’s PAC boasted that she is “the first Somali-American and first Muslim woman elected to Congress”.

She’s also the first member of Congress who had to deny being married to her brother.

As historical “firsts” go, alleged incest in the House is far more historic than being an immigrant from a failed state and then crawling into Congress on the strength of the Ellison voters in Little Mogadishu.

Omar has denied being married to her brother, even though evidence suggests that she was. A complaint was even filed accusing Omar of abusing taxpayer money to divorce her own brother.

And then there’s the anti-Semitism, the trespassing arrest, opposition to an FGM law, the campaign finance fines, she’s currently facing a second Minnesota Campaign Finance Board investigation, and sources in the Somali community alleged that Omar’s campaign was using another Somali candidate, Guhaad Said, allegedly accused of stabbing 3 people, to find out who had leaked the incest story.

Rep. Omar is already a train wreck before taking office, but that just means she fits in at the CBC.

The Congressional Black Caucus has achieved a record number of seats so it’s a power player in the new Dem House majority. And CBC leaders are demanding a status in the Democrat leadership commensurate with their growing numbers. The Caucus forms somewhat less than a quarter of the Dem House majority and is the core of Rep. Pelosi’s support, trading backing for House leadership positions.

But the Congressional Black Caucus is rotten with everything from corruption to anti-Semitism. Its newfound power in the House will allow CBC leaders even more scope for corruption and abuse. Numerous CBC members have faced ethics investigations, three have been sent to prison in the last 5 years, and a significant number have met with Farrakhan or attended Nation of Islam events.

And Rep. Omar is a reminder that it’s not just the old generation of CBC bench warmers, like Rep. Alcee Hastings, in gerrymandered districts who have become a byword for corruption and ethical issues.

The Congressional Black Caucus has only one foe it hates more than Republicans, the Office of Congressional Ethics. Rep. Marcia Fudge, who had recently essayed a failed bid against Rep. Pelosi for the Speakership, tried to gut the independent organization in 2010. Joining her were 19 CBC members. The resolution would have sealed complaints against House members away from public view.

Rep. Fudge’s coup fell apart when Lance Mason, a Democrat politician and former judge, murdered his ex-wife. Fudge had written a letter in Mason’s defense when he was put on trial for beating his wife so badly that she required reconstructive surgery. Mason got a slap on the wrist and a job from the mayor of Cleveland, a political ally of Fudge’s, allegedly at the instigation of Fudge.

There’s little doubt that a newly empowered CBC will go to war against the ethics office. Before Fudge’s previous effort to gut OCE, 7 CBC members were being investigated. In 2012, a report claimed that a third had been named in an ethics probe during their time in office.

CBC members have fought back with accusations of racism, but the toothless OCE investigations do little more than embarrass them. Even Rep. Laura Richardson, who went to war against OCE, got off with a $10,000 fine despite her staffers describing “attempts to intimidate them on a regular basis,” and an OCE report accusing her of destroying evidence and intimidating witnesses. Richardson blamed racism.

But criminal investigations have also disproportionately landed on the CBC.

Rep. Chaka Fattah was sentenced to 10 years in prison in 2016 for racketeering, bribery, bank fraud, mail fraud and money laundering after stealing money from an educational foundation. His sentence set a record as the second-longest jail sentence received by a member of the House. The record was set by Rep. William “Cold Cash” Jefferson, another CBC member, who racked up 13 years in prison.

Rep. Corrine Brown was sentenced to 5 years in prison in 2017 for mail fraud and various other forms of fraud after running a fake charity that stole money meant to provide scholarships for minority students.

Rep. Jesse Jackson Jr. was sentenced to prison in 2013 for wire fraud and mail fraud after abusing campaign funds to buy everything from cashmere capes to a $40,000 gold Rolex watch. A key element in Fattah’s case was a Porsche convertible. Corrine Brown’s slush fund helped pay for a luxury box at a Beyonce concert. That’s typical of the crimes committed by CBC members which involve plain old greed.

CBC members often set up educational non-profits, into which corporate donors pour money, but the only people who benefit are their friends, their family members and their own bank accounts. Rep. Eddie Bernice Johnson never went to jail, but Congressional Black Caucus Foundation scholarships that each member is supposed to distribute to needy district members instead went to her grandsons.

Rep. Frank Ballance did go to jail. In 2005, he was sentenced to 4 years in prison for that CBC standby, mail fraud and money laundering relating to theft of funds from an educational non-profit, run by him.

In the last decade, every single House Democrat sent to prison for financial crimes was a CBC member. In the last twenty years, it’s over 80%. These are deeply troubling statistics because the crimes invariably involve the politicians somehow enriching themselves at the expense of their poorer constituents.

Even when it comes to the #MeToo movement, the CBC proved exceptional with a sexual harassment scandal forcing Rep. John Conyers to retire while Rep. Bobby Scott was accused of harassment by a member of the Congressional Black Caucus Foundation.

Will the freshman Congressional Black Caucus class break with tradition?

Rep. Omar’s campaign finance issues suggest otherwise. Rep. Lucy McBath had lefty billionaire Michael Bloomberg buy the election for her at a modest cost of $4.5 million. Rep. Steven Horsford joins the freshman class, but he’s a political veteran who lost his previous election and has been accused of compromising ethical rules and repeated ethics violations. In short, it’s CBC business as usual.

And beyond the corruption, is the contempt.

Rep. Antonio Delgado once sang, “Dead presidents can’t represent me, not when most of them believe in white supremacy/like spittin’ on my ancestry.” During a debate, he had claimed that, “Israel is not a Jewish democracy.”

The freshman class of the CBC brings in more political radicalism, but that’s not unusual in a caucus that includes Rep. Barbara Lee and Rep. Maxine Waters. Radicalism is a mask that CBC corruption often wears. And the two have come to comfortably coexist in the corrupt arrangements of a caucus that acts as the mercenaries for the Democrat establishment and any corporation willing to pay the bills.

The CBC has topped 50 members for the first time. But that’s not a victory for civil rights. It’s the triumph of corruption.