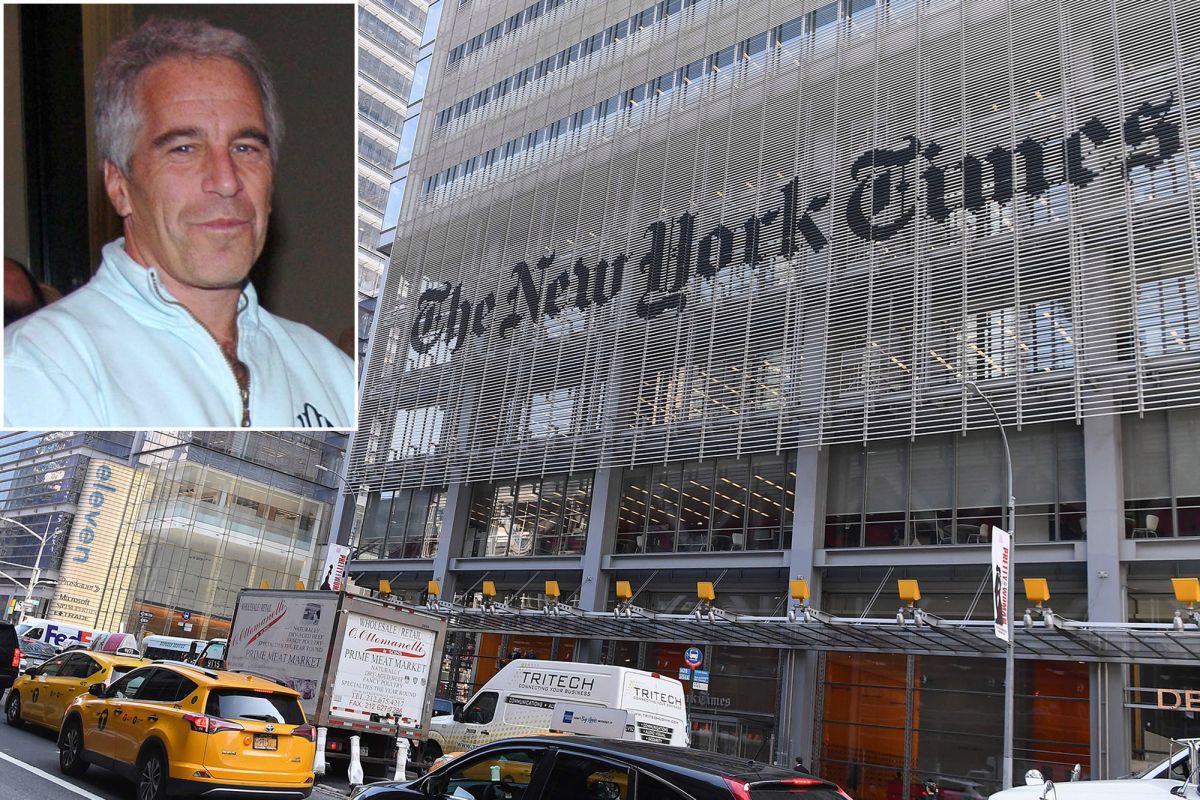 First, there was an extensive financial relationship between Jeffrey Epstein and a New York Times board member.

A New York Times board member has issued a public apology for his ties to pedophile Jeffrey Epstein.

to, who is the director of MIT’s prestigious Media Lab, invited Epstein there and visited several of his homes after meeting “through a trusted business friend” at a 2013 conference, Ito said.

“In all of my interactions with Epstein, I was never involved in, never heard him talk about, and never saw any evidence of the horrific acts that he was accused of,” wrote, Ito, who has been a New York Times board member since 2012.

Ito admitted having knowledge of the MIT gifts and said Epstein invested in his tech startups.

Initially, they had asked Landon Thomas Jr., a veteran financial correspondent who had been at the Times for 16 years.

Thomas knew Epstein fairly well — having first written about the financier, back in 2002, just before he joined the paper. Thomas had considered him a valued source ever since, even after Epstein’s release from jail for sex offenses. Just how valued turned out to be a problem for the reporter and the paper.

This account is based on interviews with five current and former New York Times staffers with knowledge of the episode. They spoke on condition they not be directly named; while the Times confirmed the contours of the incident, it declined to authorize its journalists to comment. Thomas also declined to comment for this story.

But Thomas flagged a problem. He told his editors Epstein had been a great source for years and had become something of a friend as well. How close? Thomas had solicited a $30,000 contribution from Epstein for a Harlem cultural center, he told them.

Thomas suggested Epstein was just a source of information, not someone he would report on or investigate…

Colleagues pulled up his clippings. Thomas had not written frequently about Epstein. But several Times staffers say they were appalled by a piece they found.

For a 2008 profile, Thomas had traveled to Epstein’s private isle in the U.S. Virgin Islands. The piece ran just before Epstein submitted to authorities in Florida for incarceration.

It included this lyrical passage: “As his legal troubles deepened, Mr. Epstein gazed at the azure sea and the lush hills of St. Thomas in the distance, poked at a lunch of crab and rare steak prepared by his personal chef, and tried to explain how his life had taken such a turn,” Thomas wrote. “He likened himself to Gulliver shipwrecked among the diminutive denizens of Lilliput.”

The article largely presented Epstein as someone who solicited prostitutes, not committed sex crimes against minors.

Gazing at the concrete slabs of the New York Times building, Jeffrey Epstein wondered which New York Timesian to invite to Pedophile Island.