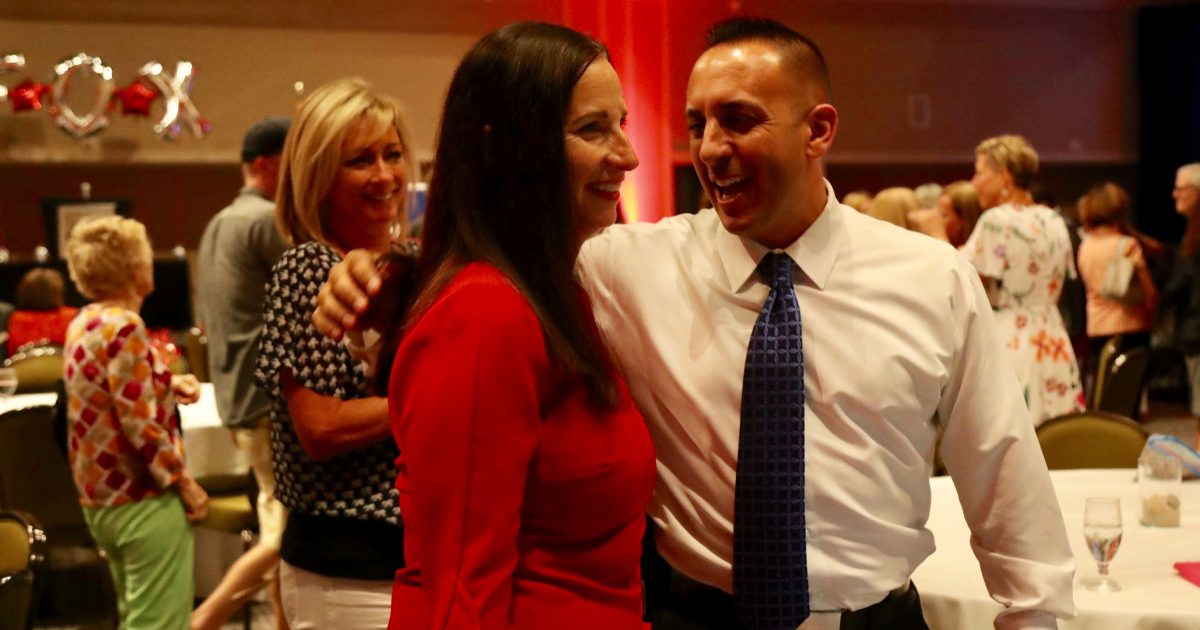 I’ve been covering a story in Lee County, Florida which has uncovered a host of corruption related to the case of Deanna Williams in the judicial system, attorneys and the sheriff’s office. That has led to uncovering documents concerning the fraud the current sheriff, Carmine Marceno, has perpetrated on the people of the county and which the governor and attorney general are letting him get away with. There is still more to come on those both those stories as soon as I receive the documents I need to confirm several things. The next tier in the corruption is the state attorney for the 20th Judicial Circuit, Amira Fox.

Amira recognizes that the number one duty of a prosecutor is to keep the community safe. She and her husband Mike have raised four children in SW Florida and care deeply about the safety of our community. She understands that the worst criminals deserve the strongest sentences and believes that violent and habitual offenders must be severely punished. Recently, Amira worked to convict Mesac Damas, who murdered his wife and five children in Collier County and was successful in obtaining six death sentences. Amira has a long and distinguished record of convicting some of the most serious criminals in our five-county circuit since 1990.

Additionally, Amira has been instrumental in targeting those who commit crimes due to drug addiction and mental illness in order to hold them accountable while simultaneously seeking appropriate treatment so that they do not return to the criminal justice system. Thanks to the efforts of Amira, the Courts, local law enforcement, and local drug and mental health professionals, our area is a leader within Florida for its effective Drug Courts, Mental Health Courts and, Veteran’s Courts.

Finally, Amira believes that prosecutors must always look for new ways to attack crime and keep us safe. She has been instrumental over her last five years as Chief Assistant State Attorney in working with law enforcement to implement the gang and racketeering task force which has resulted in racketeering charges against gang members. She has also led the way in cooperating with law enforcement in conducting wiretap operations to catch and punish those who are selling and trafficking opioids and other illegal drugs in our community.

Furthermore, I’ll be revealing just how Fox’s husband, Mike, is tied into the sordid injustice that Deanna Williams has suffered in a later article.

For today, I want to deal with just one case of the corruption of Amira Fox. The following two articles are posted in their entirety with permission from the author, along with links to the evidence of the complaint against her that she campaigned during working hours, which is a violation of law. Notice how despite the evidence, it was swept under the rug.

(Blue links are live)
Violations of Florida Statute 104.31 and Florida Statute 110.233.
Current – Open investigation with the Department of State/Division of Elections requested by FDLE. Complaints dated 9/11/2018 and 9/28/2018 were filed with FDLE who in turn, submitted the complaints by mail to Christie Willis at the Division of Elections on Nov 2, 2018 and Oct 17, 2018, for investigation. FDLE EI Number 73-8648, IRR 759, IRR 851. Dept. of State complaint #19-1 is being reviewed by Deputy General Counsel Ashley Davis. (please see details below)

Your case number for you complaint form is 19-1, please allow Deputy General Counsel Ashley Davis time to fully review your complaint. If you have any questions please do not hesitate to contact me.

Here is the follow-up:

(Blue links are live)
The Florida Commission on Ethics; with recommendation from Attorney General Advocate Elizabeth Miller dismissed all complaints regarding Chief Assistant State Attorney Amira Fox campaigning during work hours.
(The complaints are currently being investigated by the Florida Department of State/Division of Elections) (Click Link)

(Written complaint # 18-148; July 1st is a noted date typo, the correct date, July 5th, is documented in the four paged detailed spreadsheet of political events attended during work hours. It should be noted public records reveal Fox turned in a list of requested Leave dates from January 1, 2017 through July 31, 2018; however the details of the times for each request were not listed on the report, such as all day or half day, hours, etc. According to Fox’s timesheets she attended political events during work hours then took annual leave or sick leave after the political events were attended.

18-148 Original Complaints can be viewed below

It is the duty of the Florida Commission on Ethics to investigation all facts parties materially related to the complaint at issue. It appears the Florida Commission on Ethics did not fully investigate the overwhelming evidence presented in Complaint # 18-148 which revealed adequate reason to conduct an investigation beyond probable cause; nor were the direct witnesses provided to Investigator Travis Wade by both myself and complaint #17-164 contacted by Mr. Wade or Attorney General Advocate Elizabeth Miller.

Original Complaints:
(click on the blue links to read the full complaint)

Notice, she was not cleared in this matter, the state simply didn’t investigate.

Just like the FDLE failed to do their due diligence in investigating Sheriff Carmine Marceno for clear ethics violations that should have gotten him removed from office and left a woman pregnant and her grand theft complaint of $200,000 ignored, it seems that Fox has the same connections in the State of Florida among those who simply don’t believe they should investigate this level of corruption.

And keep in mind, these are Republicans we’re talking about here.

For previous articles in this ongoing series, see below: