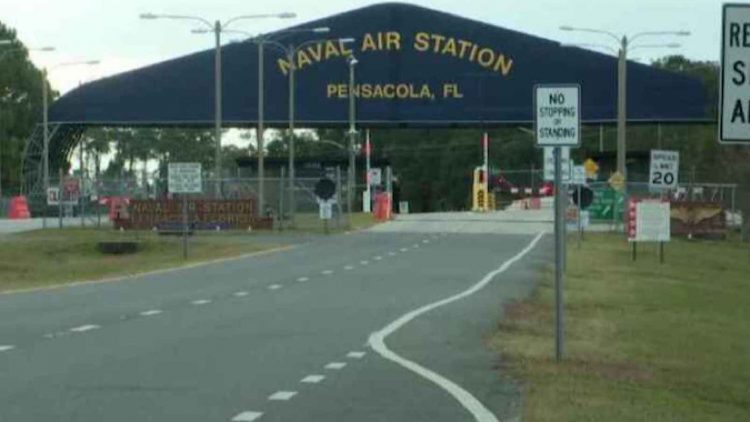 In a tweet he appears to have sent out before he embarked upon his killing spree at the Naval Air Station Pensacola on Friday, jihadi Mohammed Saeed Alshamrani included a succinct refutation of George W. Bush’s explanation for jihad terrorism, “They hate us because of our freedom”: “O American people – I’m not against you for being American, I don’t hate you because your freedoms.” He also showed why our current approach to the jihad threat is not just wrong, but dangerous.

Alshamrani, a second Lieutenant in the Saudi Air Force, also gave a jihadi’s explanation for why he had decided to kill Americans at the base that was giving him aviation training: I hate you because every day you supporting, funding and committing crimes not only against Muslims but against humanity.” Alshamrani went on to elucidate exactly what those crimes were: “What I see from America is the supporting of Israel which is invasion of Muslim countrie (sic), I see invasion of many countries by it’s [sic] troops, I see Guantanamo Bay. I see cruise missiles, cluster bombs and UAV.” He added: “I’m against evil, and America as a whole has turned into a nation of evil.”

This statement, if it did indeed come from Alshamrani, as appears likely, makes clear that he was a jihad terrorist. He was killing because of America’s supposed crimes against Muslims; that rules out the alternative explanation for his acts, that he was lashing out after some negative incident or mistreatment at the Naval Air Station.

Alshamrani has shown yet again that the prevailing politically correct obfuscation and denial regarding the jihad threat is actually deadly. If we had a realistic approach to the jihad threat, Mohammed Saeed Alshamrani’s victims would be alive today.

Of course, many credulous Americans will believe his list of grievances, and think that if we just stop committing these supposed “crimes,” that the jihad will disappear. Actually grievance lists such as Alshamrani’s are common from jihadis, who have to couch their jihads as defensive in the absence of a caliphate. In Sunni law, only the caliph can declare offensive jihad. So when there is no caliph, all jihad must be defensive. The enumerated grievances are pretexts that enable a jihadi lawfully to kill in accordance with Islamic law.

Alshamrani was in the country to get aviation training. No one flagged him as a potential jihadi. No one would even have dared to question him to try to ascertain his thoughts about the United States and the global jihad. Any effort to have done so would have been denounced as “Islamophobic,” and would have been career suicide for whoever did the questioning.

We saw this with the Fort Hood jihad mass murderer, Major Nidal Malik Hasan, who was praised and promoted despite alarming his colleagues with his talk of violent jihad. None of his superiors dared do anything except promote him; they knew that if they questioned him about his loyalties, they would be the subject of a CNN feature story the next week on “Islamophobia in the Military,” and they would be looking at a dishonorable discharge.

Thirteen people died at Fort Hood because of the politically correct assumption that Islam is a religion of peace and that to raise suspicions about any Muslim is “Islamophobic” and evidence of nothing more than bigotry and racism. Four more people have now died at the Naval Air Station Pensacola because in the ten years since the Fort Hood jihad attack, we have learned nothing. All the same taboos are still firmly in place. To point out that there is no reliable way to distinguish genuine friend from concealed foe among our “allies” from Saudi Arabia or Afghanistan or anywhere else will do nothing but invite scorn and derision, and earn one a place on the Southern Poverty Law Center’s “hate” list.

How many more Americans must die before law enforcement and intelligence officials dare to examine and discard the comforting falsehoods and fantasies they have embraced regarding Islam and jihad? How many more Mohammed Saeed Alshamranis must there be before our government and military authorities recognize that Islam is not actually a religion of peace at all, but one that teaches warfare against unbelievers in its core texts, and consequently that any devout and knowledgeable Muslim may believe that it is a good and even holy thing under certain circumstances to kill those unbelievers?

This is an unpleasant but readily demonstrable fact. It does not mean that every devout Muslim is or ever will be a jihadist. It does mean that we must be realistic and careful regarding the sentiments of the personnel we train from countries where the teachings of Islam are well known and revered. If we aren’t, nothing is more certain than the fact that there will be more massacres in America like the one in Pensacola on Friday.