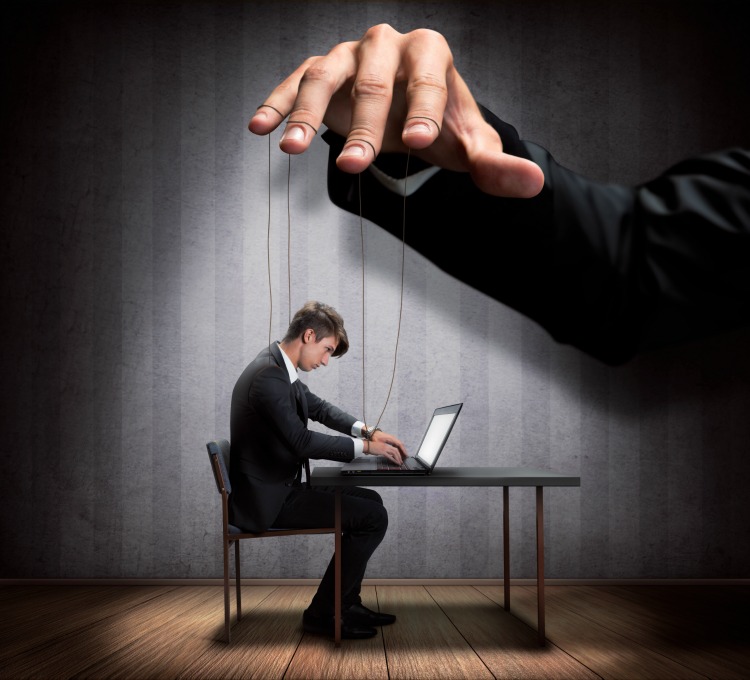 Last week, Mark Zuckerberg made the media rounds to give a rather shady explanation of why Facebook suddenly closed hundreds of incredibly popular pages in what’s being called The Alternative Media Purge. Zuckerberg accused the closed pages, many of which had millions of fans, of spreading “political spam.”

Ironically, many of the pages that were shut down had absolutely nothing to do with politics or elections, unless you include the fact that they recommended skipping the entire circus. None of these pages were accused of being “the Russians,” who were the scapegoat of the last surprise presidential election results. A couple of the things that many of the pages did have in common, incidentally, were an anti-war outlook and a police watchdog mentality.

But as far as making the election more resistant to interference, the result of the Alternative Media Purge is the diametric opposite. People will now only get one side of the story.

The alternative media changed everything during the last presidential election.

When Donald Trump announced his candidacy for president, much of the world snickered. Who was this reality television star to take on part of the Clinton Empire? There was no way, people scoffed, that Trump could possibly win.

It’s a proven fact that Hillary Clinton was in cahoots with the mainstream media throughout her candidacy. And the reason it’s proven is that organizations like Wikileaks released the evidence of it in a series of emails with her campaign manager and people like Donna Brazile of CNN. Brazile finally publically admitted that she’d done so and that it was her “job to make all our Democratic candidates look good.”

The alternative media jumped on this story, as well as many other questionable emails that were divulged by Wikileaks, while the mainstream pretended that none of this was happening. And the mainstream did very little to cover the Democratic National Convention, during which the nomination was stolen from Bernie Sanders, who – if we’re being honest – probably would have had a much better chance of beating Trump than the notoriously unlikable Clinton. Here’s my coverage of it at the time.

The alternative media, never a fan of the goings-on in Clintonland, from the Haiti scandal all the way back to the “suicide” of Vince Foster in Arkansas, jumped on these stories as well as stories about her debatable health.

The fact that we had a robust alternative media at the time meant that these stories were heard. At the same time, the mainstream media was busy painting Donald Trump as a neo-Nazi fascist who hated minorities and would nuke somebody the day he got into office.

Now, imagine there had been no alternative media during that election.

If we hadn’t have had an alternative media telling other stories – enough stories that people were able to get a fuller picture of who both of these candidates really were – things might have turned out entirely differently. And while that would be all right with any number of people who loathe Donald Trump, would it have been a “fair” election?

Let’s look back even further at the candidacy of Congressman Ron Paul back in 2012. Dr. Paul was an incredible candidate with a glowing political resume, but he didn’t get the time of day. There was a media blackout on his candidacy and finally, he was forced to withdraw from the race. Many of us were budding alternative journalists at that time learned a valuable lesson during that election – what we were doing was important. There needed to be an option instead of letting the mainstream media present the only options and information to people.

By the time the 2016 election rolled around, those disappointed in how Dr. Paul was treated were determined that it would not happen again. That a candidate with a background full of sordid scandals would not get through an election cycle unscathed, painted as a glowing Madonna who would save us all.

So…during the fierce battle between Clinton and Trump, both sides of the story were told and told loudly.

Alternative journalists engaged the power of social media to connect with people who wanted to know more and they did it to such a degree that everything changed. Clinton, originally the front-runner, was suddenly in the fight of her life against a candidate that most people had considered a joke.

And that’s when everyone started blaming the Russians.

In a shocking article, the Washington Post printed a long list of websites that they claimed were run by “the Russians.” Many of these sites were run by folks I know personally who are decidedly not Russians, but simply bloggers who wanted to share the truth as they identified it. (This article was removed from WaPo – I’m guessing due to threats about legal action by many of the site owners accused of working for Russia.)

Although investigation after investigation has been undertaken, there’s still no proof that Russia tampered with the election, nor that they colluded with Donald Trump.

Years later, the Washington Post sticks to their story with headlines like “Without the Russians, Trump Wouldn’t Have Won.” In the piece, they admitted that there isn’t any official proof and they cited Buzzfeed.

While the intelligence agencies are silent on the impact of Russia’s attack, outside experts who have examined the Kremlin campaign — which included stealing and sharing Democratic Party emails, spreading propaganda online and hacking state voter rolls — have concluded that it did affect an extremely close election decided by fewer than 80,000 votes in three states. Clint Watts, a former FBI agent, writes in his recent book, “Messing with the Enemy,” that “Russia absolutely influenced the U.S. presidential election,” especially in Michigan and Wisconsin, where Trump’s winning margin was less than 1 percent in each state.

We still don’t know the full extent of the Russian interference, but we know its propaganda reached 126 million people via Facebook alone. A BuzzFeed analysis found that fake news stories on Facebook generated more social engagement in the last three months of the campaign than did legitimate articles: The “20 top-performing false election stories from hoax sites and hyperpartisan blogs generated 8,711,000 shares, reactions, and comments on Facebook.” Almost all of this “fake news” was either started or spread by Russian bots, including claims that the pope had endorsed Trump and that Hillary Clinton had sold weapons to the Islamic State. (source)

Buzzfeed? Isn’t that where you go to take a quiz to find out what kind of potato you are?

That leads us to Facebook’s potential election interference

Last week, as I mentioned, hundreds of Facebook pages were shut down without warning. Many of these sites also lost their Twitter accounts on the same day. This is reminiscent of last month’s attack on Alex Jones.

Anyone who disagrees with the establishment is being abruptly silenced.

Zuckerberg and friends are saying that this is so that we can be sure we don’t have election interference in the midterms…but what they’re really doing is interfering in the elections themselves.

They’ve gloated about everything from “featuring Facebook pages that spread disinformation less prominently so that fewer people potentially see them” to “559 politically oriented pages and 251 accounts, all of American origin, for consistently breaking its rules against “spam and coordinated inauthentic behavior”.

The pages which have been removed or shadowbanned have run the gamut of political philosophies, but the fact is, people like Mark Zuckerberg, the folks at Google, and Jack Dorsey of Twitter are deciding which information gets to be seen. They’re deciding whether something is “disinformation” or truth. They’re deciding if people who have spent years building a following get to still reach the people who opted to follow them.

Because Facebook reaches more than 2 billion people each day, this is a problem of epic proportions.

I believe that it is Facebook itself that is tampering with the election by manipulating what they want people to see. If the alternative media changed everything in the 2016 election due to the availability of more information, Facebook will change future elections due to their manipulation of the information users are allowed to see.

If you are conservative or antiwar or anti-overreaching-government or libertarian, you’re now persona non grata. Even if you aren’t in the minority, you’ll be made to feel like you are in the giant echo chamber of “approved media.” If you support a different candidate than Big Tech, prepare to be marginalized, silenced, and ignored. That holds true whether you opt for anyone other than their “choice.” They WILL control the outcome of the presidential election the next time around.

If you really want to see what election interference looks like, you’re getting a live demonstration right now.