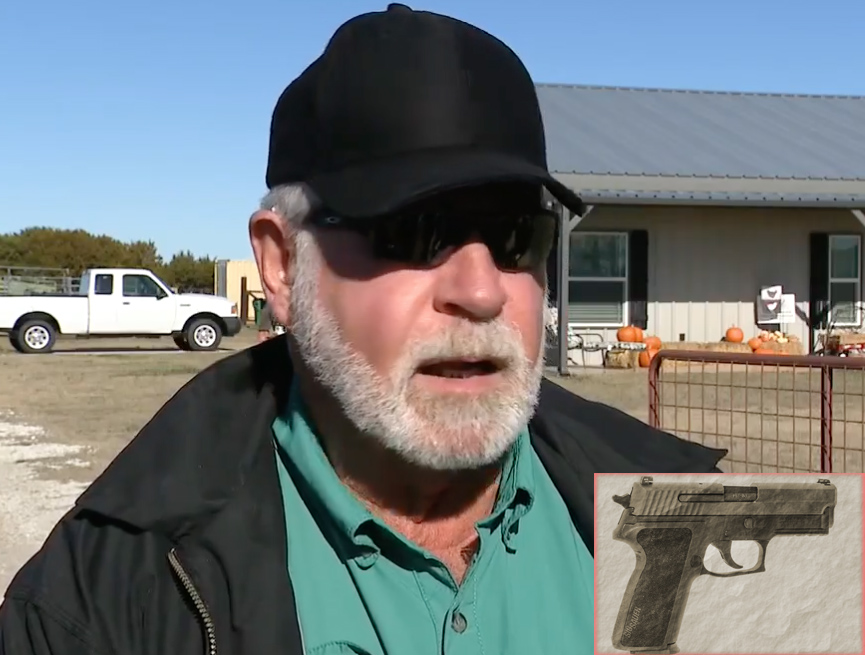 Everyone knows that a craftsman is only as good as his tools.

The same can be said for a marksman. The world may wag their collective finger at the US for our penchant to own firearms (The average American gun owner owns three guns, according to a 2015 survey conducted by Harvard and Northwestern University),

but we also know how to use them when the time comes. You could spend days perusing self-defense news stories on the web, where everything from black powder pistols to modern rifles has been used to put down bad guys.

But what everyone is talking about

is the incredible shot, under pressure, Jack Wilson took in that church on Sunday—and what pistol/ammo he used to take it. As we’ve all read by now Jack is a seasoned reserve law enforcement officer who also trained others how to shoot. Still, when he drew that weapon in a crowded, panicked church, against a shotgun-wielding killer, he had to have confidence in its reliability and accuracy. Two friends had already been shot, and the shooter was on the move to take out more.

Which firearm does Jack Wilson carry?

When Jack Wilson’s arms came up, he was holding a Sig Sauer P229-357. There’s an old saying in Texas, “One Ranger…one riot.” In this case, it was one kill shot to the head, one former bad guy. Although Jack stressed he teaches people not to make headshots, he had no choice. Here is an article pointing out why being able to make headshots is becoming more important.

Gun magazines are chock-full of articles on which pistol is best, or what caliber ammo you need to be packing, how many you need in your magazine, etc. but no one will argue with the point that a .357 will take down an adversary—usually with one shot, especially to the head!.

This particular Sig Sauer model has been carried by Federal Air Marshals and many others in law enforcement. I guess we can see why! My spouse owns this same Sig, but in a .40 cal. I think she may have dropped one point in her Texas CHL qualifications. She’s fired hundreds of practice rounds, never a jam or misfire. And THAT is why I call her, “Ma’am.” If you don’t have room to carry a compact pistol like the Sig P229, check out the Remington RM380ct micro

So, here is a promo video on this pistol, and here is another review. A quick internet search will bring up many more. I’m predicting a surge in interest for this particular weapon. We all want to carry what works. Hopefully, Sig will offer Jack some endorsement money—maybe build him a new range!

With so many of these shooting incidents, home invasions, and gang muggings, it’s a good idea to train and arm every member of your household who is old enough. When you are in public with your partner, here is a major reason you should both be carrying.

Criminals and kooks will have to learn that here in America, we shoot back!