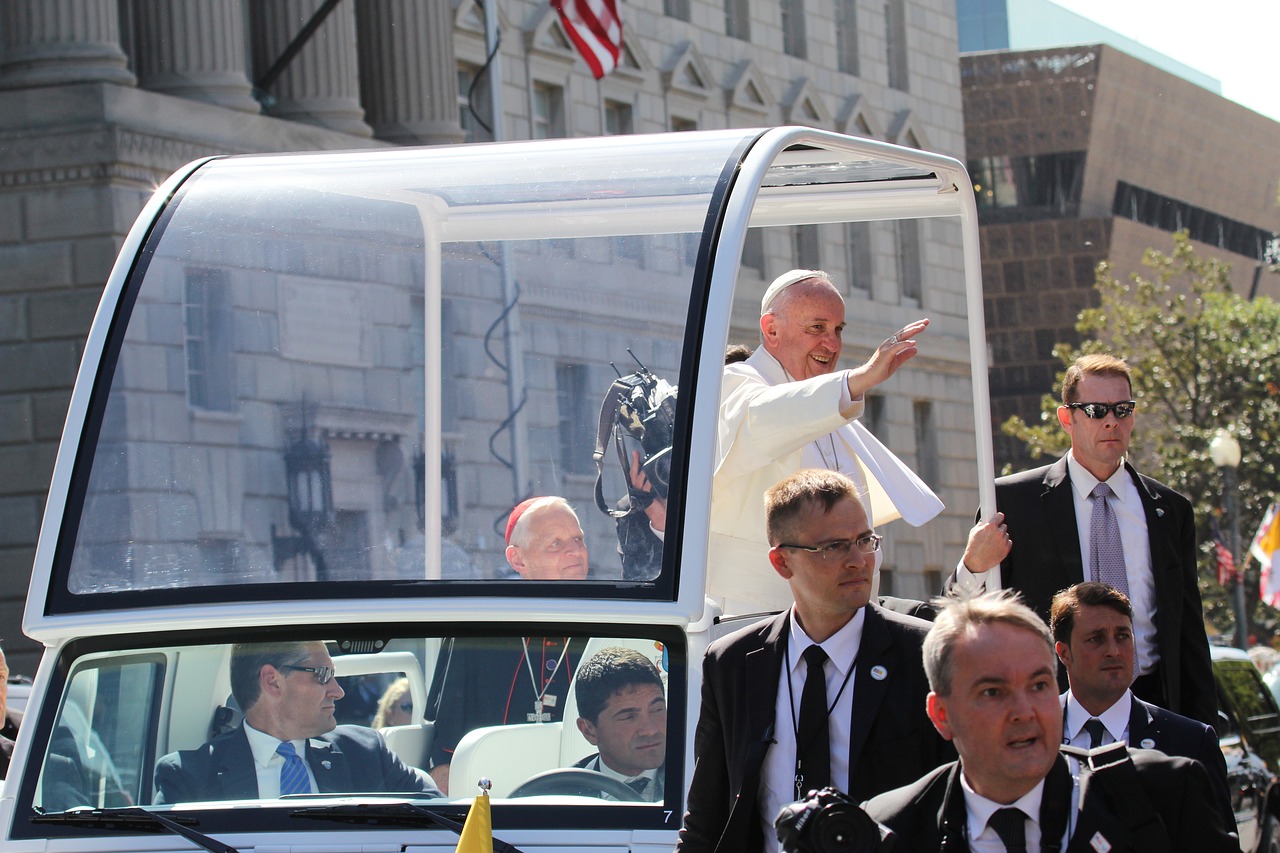 Just days after the Pope signed the most important interfaith document in history, he had the opportunity to address global political leaders by video at the World Government Summit in Dubai. During his remarks he once again stressed the need for global unity, and he encouraged those attending to embrace “sustainable development”, but he also stressed that sustainable development will never succeed without “solidarity”. Of course most Americans don’t even know that a “World Government Summit” even exists because the mainstream media in the U.S. doesn’t really talk about it, but it is actually a very big deal. And obviously the Pope feels very strongly about what they are trying to do, because he took time out of his very busy schedule to record a video message for them…

World leaders are currently meeting at the World Government Summit, taking place in Dubai from 10-12 February. In his video message, Pope Francis greets those participating in the Summit, and recalls his own visit to the United Arab Emirates earlier this month. “I encountered a modern country which is looking to the future without forgetting its roots”, he said. “I also saw how even in the desert the flowers spring up and grow. I returned home with the hope that many deserts in the world can bloom like this.”

The World Government Summit is an annual event, and it attracts leaders from all over the globe that are interested in a more integrated planet. Here is a little blurb about the summit that comes from Wikipedia…

The World Government Summit is an annual event held in Dubai, UAE.[1] It brings together leaders in government for a global dialogue about governmental process and policies with a focus on the issues of futurism, technology and innovation, as well as other topics. The summit acts as a knowledge exchange hub between government officials, thought leaders, policy makers and private sector leaders, and as an analysis platform for the future trends, issues and opportunities facing humanity.[2] The summit hosts over 90 speakers from 150 participating countries[3] along with over 4000 attendees.

In general, the Pope’s remarks were quite similar to what we have heard before, but I thought that two buzzwords that he used were quite noteworthy…

The Holy Father emphasized that “we cannot really speak of sustainable development without solidarity”. He concluded his message with by thanking those taking part, and with the prayer that the Lord might bless their commitment “for a more just and prosperous world for everyone”.

The phrase “sustainable development” has become a shorthand way of referring to the UN’s Sustainable Development Goals. It is a 17 point plan, and if you read the entire thing you quickly realize that it encompasses just about every realm of human activity that you can possibly imagine.

It is not just a plan to fight climate change. It is actually a comprehensive blueprint for global governance, and it envisions a much larger role for global institutions such as the UN in the years ahead.

But in the context of speaking about “sustainable development”, the Pope once again used the term “solidarity”. This is a word that he has been using a lot lately, and when he uses it he is referring to the need for global unity. More specifically, he almost always uses this buzzword when speaking of the need for global religious unity.

Last Monday, the Pope and the highest imam in Sunni Islam signed a covenant which boldly declares that Christians and Muslims worship the same God, and that it is God’s will that all of the various major religions in the world co-exist peacefully. For much more on this, please see my previous article entitled “The Pope And Islam’s Most Important Imam Just Signed A Covenant That Pushes Us Much Closer To A One World Religion”.

In the aftermath of the signing of that document, the Pope once again stressed the need for more global unity…

Referencing the biblical story of Noah, the Pope suggested that, in order to safeguard peace, we too “need to enter together as one family into an ark which can sail the stormy seas of the world”. This means acknowledging, “God is at the origin of the one human family”. “No violence can be justified in the name of religion”, he said.

“Religious behavior”, said Pope Francis, “needs continually to be purified from the recurrent temptation to judge others as enemies and adversaries”. The “perspective of heaven”, he said, “embraces persons without privilege or discrimination”.

But all of this comes at a time of great controversy for Catholicism.

This week, the Vatican sought to clarify what Pope Francis meant when he stated that some nuns in France had been subjected to “sexual slavery”…

The Vatican on Wednesday clarified comments by Pope Francis about a case of what he called “sexual slavery” within a French congregation of nuns, saying he was referring to an abuse of power that was reflected in instances of sexual abuse.

Francis cited the case when responding to a question about the sexual abuse of nuns by clergy during a press conference Tuesday returning home from the United Arab Emirates. It was the pope’s first-ever public acknowledgment of the problem of priests and bishops sexually abusing nuns. He stressed that the Vatican had been confronting the issue for some time and vowed to do more.

We live at a time when everything is being shaken, and our religious institutions are certainly not exempt.

Without a doubt, this Pope is going to continue to push for global religious unity, and that has enormous implications.

Our world is becoming a smaller place with each passing day, and many are deeply concerned about what this trend toward “global oneness” will ultimately bring.