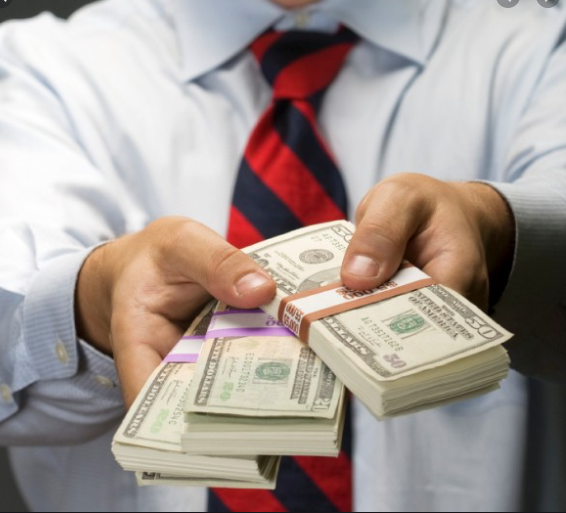 We have been programmed to think defensively. From the Great Depression, through the 1950’s when children hid under their desks during nuclear attack drills, to today where news of infectious diseases and contrived climate catastrophes haunt our computer screens.

In order to hedge against financial ruin, the average homeowner family (2.5 persons) spends $863/month on various types of insurance. This doesn’t count home and work security systems, nor the 443 million guns and 8 billion rounds of ammunition stockpiled by Americans (not that this is a bad thing).

SHTF National Pandemic—When Do You Bug-out?

Add to that the Boogeyman stories being pitched to the citizens of the world by their governments, and we see weapons proliferation and defense and intelligence spending rising each year.

The fiscal year 2020 budget gives the Department of Defense a $700 billion chest of money. Intelligence agencies in the US spend over $60 billion dollars annually, with another $20 billion for military intelligence. The 17 agencies that make up the U.S. intelligence community. That’s a lot of spying inside and outside the US.

Add the military and intelligence budgets together, and Americans are spending (or borrowing) around $6,000 per year per household, and another $10,000 for all the personal types of insurance mentioned above. So the mythical family of 2.5 persons is spending over $300 per week ($1300/month) to feel safer.

How does our military spending stack up against the next seven nations? We spend three times more than China, and more than the other top seven nations combined. 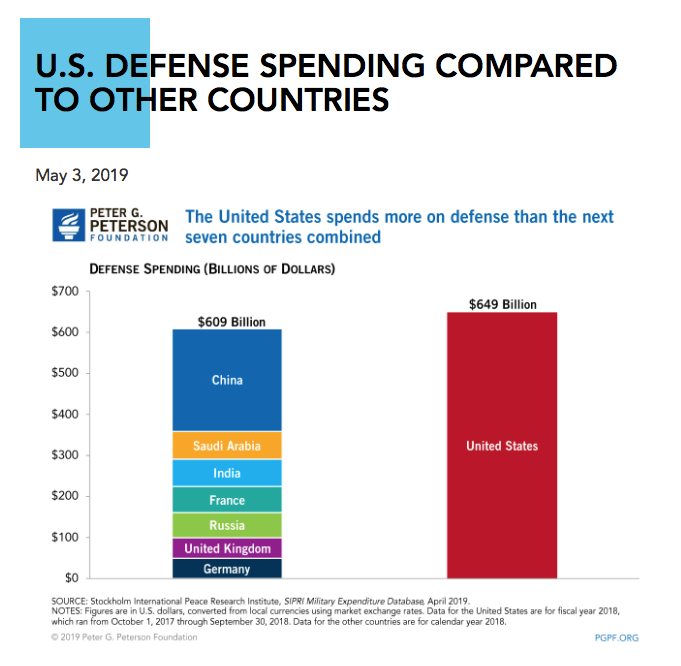 We citizens of many nations have become so accustomed to feeling like we HAVE to have the most fearsome military that we no longer question the insanity of the process. How did we get here? President Eisenhower warned us about the military-industrial complex in his farewell speech. When the wealth of great nations is being squandered on new weapons systems or larger standing armies, it isn’t being spent in areas that could actually benefit those societies.

I’m not foolish enough to believe you disarm in the middle of a gunfight, but at what point do we people, across all nations, shake our leaders by the collar and demand they stop this insanity? What would it take to shake off this massive dependency on “defense?”

The Super Bowl’s Biggest Losers: The Boys And Girls Being Sold For Sex 20 Times A Day

The larger question is who is benefitting from defense and intelligence budgets? Big tech and the other military-related defense industries including aerospace and ship-building pull in tens of billions each year. Employees of those companies, the shareholders, and management do well. Are all of these employees and sub-contractors American? Far from it. While no data can be found delineating the breakdown of American vs foreign employees in the defense and intelligence sectors, the constant lobbying for foreign visas by these industries tells us many high-paying jobs go to foreigners.

Leaders from the aerospace and defense industry recently came together to promote the impact of their business on the economy at a summit in Washington, Reuters reports. For the nation’s military contractors, the event was an important public relations push as Congress looks to reduce the budget deficit by cutting spending in many avenues, including to defense spending.

RINO Mitt Romney Officially Disinvited from CPAC, New Bill in Utah Could Culminate in His Removal

Industry experts highlighted that approximately 800,000 defense jobs, intelligence jobs and other occupations are tied to the defense industry. In addition, more than 10 percent of U.S. manufacturing demand in the U.S. is dependant on aerospace and defense spending with contractors including Lockheed Martin, Boeing, Northrop Grumman and General Dynamics.

Clearly, defense-related manufacturing jobs are a plus for workers. The best number I could find on the number of workers in those industries was a little less than one million. That is a small percentage of the total workforce. yet this spending equals close to four percent of our nation’s gross domestic product. Our tax dollars and nation’s rising debt that results from this budget isn’t necessarily being pumped back into our economy, it’s being distributed to multi-national corporations, international shareholders, and bloated upper-management salaries and benefits.

Finish the cycle with massive political donations to pro-Defense politicians and the revolving door between defense contractors and political and military retirees and you can see there is nothing in this system to bring about change.

What about personal safety?

It seems our leaders are increasingly putting us in jeopardy with policies that make it easier for criminals and outsiders to prey on us. This nation was once safe enough where you could walk most streets at any time, day or night without fear of becoming a victim. Our children could play outside without having constant supervision, and attend schools without fear of extreme bullying or worse.

We voters are a lazy lot, telling ourselves that the right persons will magically appear on the ballots and all we have to do is appear every two years. The real work happens before the ballots are printed. Finding and supporting good candidates and shoving the establishment one’s aside is essential. How do you think we can have a consistent 20 percent approval rating in congress and a 95 percent reelection rate?

We can’t really blame the crooks and liars from stepping through that giant hole in our process and laughing all the way to the statehouse or Washington.

There is a common thread through all of this and it runs through the type of people who seek and gain power in political, government, and social systems whether its education, military, justice, or even the clergy. A sense of duty and responsibility for the welfare of others is replaced with entitlement. Look at the founding fathers and early statesmen who occupied the halls of congress, and juxtapose them against today’s career politicians and government bureaucrats who gleefully shirk accountability and tally the days left until they can retire on the taxpayer’s dime.

Our systems attract the wrong type of people because we incentivize bad behavior. Politicians go to Washington as paupers and leave multi-millionaires. Top military leaders are entrusted with making good fiscal decisions yet they are easily seduced by employment offers from defense contractors following their retirement. We have essentially set up a candy store and we’ve attracted a bunch of self-centered children.

I don’t have the solution, but I hope one day, for our great-great grandchildren’s sake, someone brighter than me solves this problem. Until then we will continue to spend ourselves further into debt while staring, with trepidation, into the shadows.