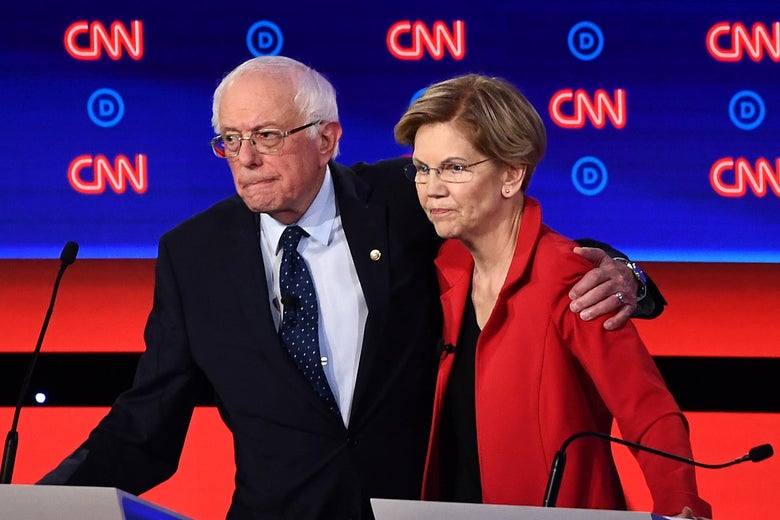 Elizabeth Warren is among the strongest contenders and Democratic hopefuls for the presidential election of 2020. During the fourth Democratic debate, on October 15, her “Wealth Tax Plan” received close attention as to how it could reduce income inequality in the United States.

The central argument of Warren’s the wealth-tax proposal is this: through a progressive wealth tax system — which means those with more wealth will pay higher tax rates — the wealthiest people in America will pay their “fair share” and that fair share will enable the equal redistribution of wealth. Set forth by French economists Thomas Piketty, Emmanuel Saez and Gabriel Zucman; this idea for lessening the “wealth gap” is composed of three main planks:

First, households would pay an annual 2 percent tax on all assets for net worth equal or less than $50 million. Individuals and families who are worth more than a $1 billion would pay a 3 percent tax . Second, the Warren forecasts a revenue of $2.75 trillion, and that would be allocated in the creation of new government programs such as universal child care for every child age zero to five; universal pre-k for every three- and four-year-old; student-loan forgiveness; free tuition and fees for all public technical schools, two-year colleges and four-year colleges. Third, the Warren proposal aims to heavily tax corporations so that they would pay their so-called “fair share.”

The plan is, in fact, a type of Robin-Hood tax plan in the sense that it seeks to punitively take from those who have a lot of wealth and distribute it to those with less. The problem with the plan is that, if implemented, it will create three major unintended, yet, detrimental consequences.

The first consequence will be the significant expansion of federal authority over the economy. Even if, in theory, the Warren wealth-tax plan targets only the super wealthy at first, this does not mean that the middle-class is exempted from a potential rise in income tax. For Elizabeth Warren to fund all the programs that she wants to implement, taxing the billionaires — even at a very high level — won’t be enough. The middle-class will eventually be forced to contribute to the funding of these programs, which means that the plan, instead of alleviating the wealth gap, will reduce the purchasing power of the middle-class. This means that ordinary citizens will have a hard time saving for their retirement or to invest in business ventures. Moreover, the plan gives the federal government more extensive power and authority over the allocation of resources and the economy as a whole.

As a result, federal agencies will have far greater control over how resources will be allocated and invested throughout the broader economy. Yet, experience suggests government allocates resources inadequately and inefficiently, while distorting markets, and leading to bubbles and malinvestments. For example, government-owned schools underperform compared to charter schools and private schools, and the medical public sector generally delivers lower-quality healthcare. If government already delivers such outcomes under current conditions, what reason do we have to believe that resources will be better managed when government controls even more resources?

The second consequence will be a great decrease in productivity for the economy overall. Indeed, those who already own large amounts of assets often own those assets because they have managed to put them to good use expanding the economy and increasing employment. The wealth tax, meanwhile, is built on the premise that government agents can convert that wealth into cash payments, and that the government knows better how to distribute it.

Moreover, were Warren’s plan to be enacted, many of those subject to the tax may leave the country. This has already been shown to be the case in Europe, where, accoriding to NPR:

In 1990, twelve countries in Europe had a wealth tax. Today, there are only three: Norway, Spain, and Switzerland. According to reports by the OECD and others, there were some clear themes with the policy: it was expensive to administer, it was hard on people with lots of assets but little cash, it distorted saving and investment decisions, it pushed the rich and their money out of the taxing countries—and, perhaps worst of all, it didn’t raise much revenue.

In France alone, the “wealth tax contributed to the exodus of an estimated 42,000 millionaires between 2000 and 2012, among other problems.”

The Warren wealth tax plan may confiscate the material wealth of wealthy persons and families. But those same people can take their know-how and move elsewhere. The impact on American productivity would not be positive.

Senator Warren’s wealth tax plan, despite the well-intended programs that it will generate; will end up as merely a tool to increase the power of Washington policymakers. Over time, taxes will creep down the income scale as the income tax did, eventually hiking the tax burden for the middle class, while also cutting productivity which will drive down wages and wealth for everyone.