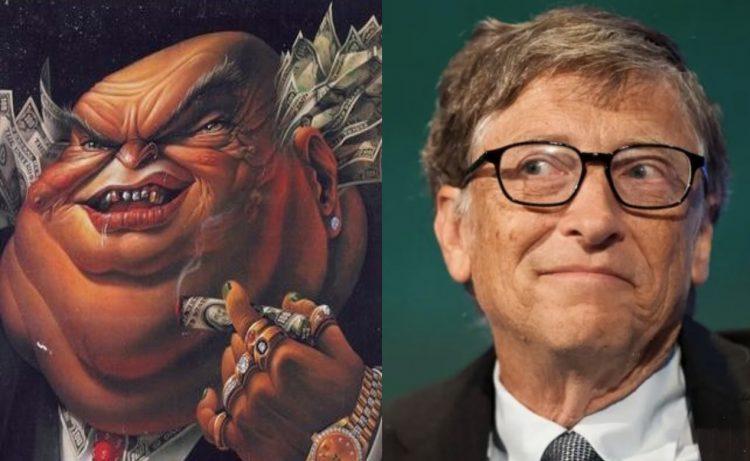 As I’ve documented in several articles, Bill Gates is a ruthless, money-hungry, power-grabbing sociopath. He doesn’t care for others but puts on a show as though he is compassionate while money and power are really what he is in pursuit of obtaining. In a video montage spanning decades, the real Bill Gates has been exposed for the criminal mind that he actually is and you can view it below.

Keep in mind that he is for depopulation and that his father was the head of the infamous baby murder mill known as Planned Parenthood.

Here’s some of the previous articles produced documenting what’s in the video above.

Bill Gates: Wait For 2 Generations Of Vaccines Before Returning To “Normal”

Bill Gates: The US Should “Brainstorm” Ways To Reduce “Vaccine Hesitancy”

How Bill Gates Bought The Media

Bill Gates: “You Don’t Have A Choice – Normalcy Only Returns When We Largely Vaccinate The Entire Population” (Video)

Bill Gates Predicts Corona Vaccination Will Produce 700,000 Victims – Why Is There No Talk Of Social Distancing From Vaccines?

The Truth About Coronavirus Vaccines: Is This Why Bill Gates Wants Indemnity? Are You Willing To Take The Risk?

Luciferase: There Has Never Been Anything Like It – Big Tech Companies Once Again Attempting To Cover For Bill Gates Intents & His Covid Vaccine (Video)

Bill Gates, like George Soros, should not only be considered public enemy number one against humanity but should be brought to justice for his fraud, conspiracy and murder of God knows how many innocent people on the planet with the intention to kill more and make billions in the process.