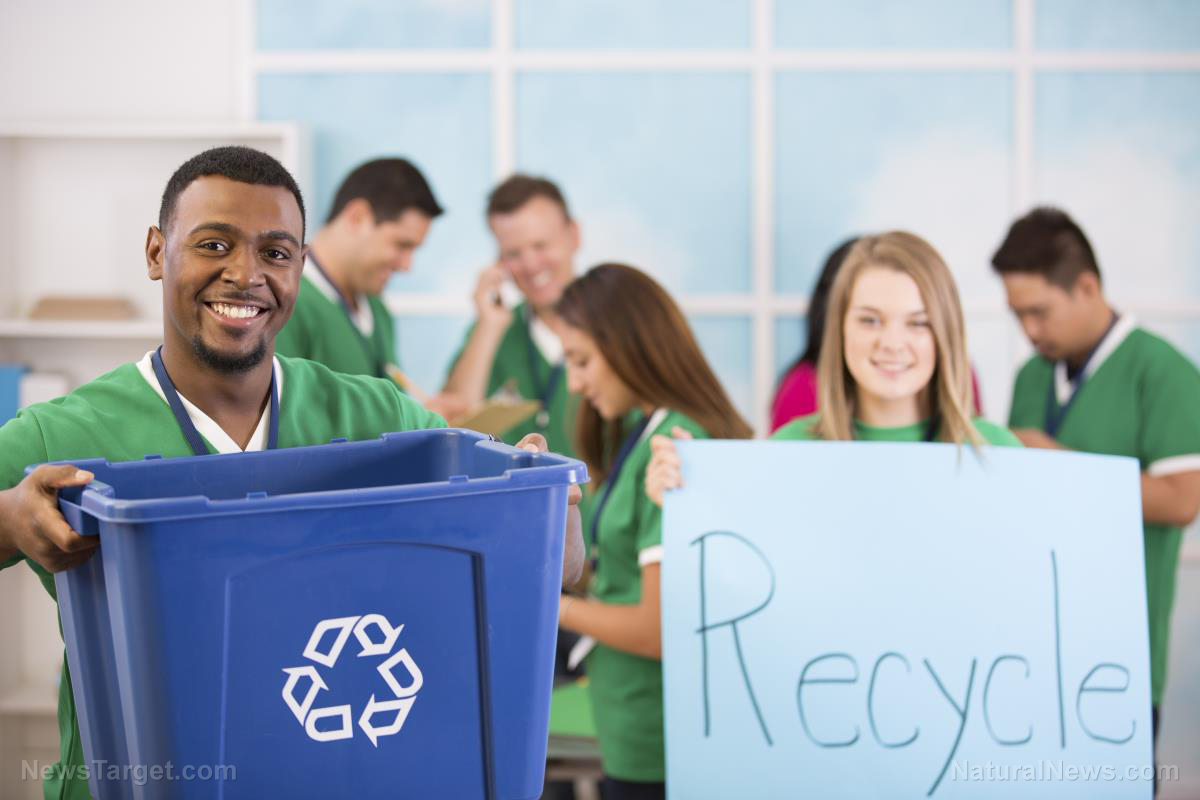 (Natural News) Millions of Americans have been led to believe that they’re helping the environment by separating plastic, glass, and other “recyclables” from landfill waste whenever they roll their trash bins out to the curb. But the truth of the matter is that the United States currently lacks the capacity to effectively process the sheer volume of recyclable waste being produced, which means that much of it ends up being burned in highly-polluting incinerators in order to get rid of it.

In the Pennsylvania city of Chester, for example, located just outside of Philadelphia, recyclables are burned by the hundreds of tons every single day, which in many ways has made the municipality an uninhabitable toxic waste dump. Some 34,000 people currently live in Chester, and many of them have come forward to say that the stench coming from the nearby smokestacks is so foul and toxic that they’re being forced to move elsewhere – that is, if they can afford to do so.

Zulene Mayfield is one former resident of Chester who has since moved to Delaware, citing health issues from the extreme pollution that comes from the burning of all these recyclables. Like many of her neighbors, Mayfield was basically forced out of her home where she was born and raised, and now leads a community action group that’s trying to raise awareness about the deception of recycling.

“People want to do the right thing by recycling, but they have no idea where it goes and who it impacts,” Mayfield, who heads of “Chester Residents Concerned for Quality Living,” reportedly told The Guardian. “People in Chester feel hopeless – all they want is for their kids to get out, escape. Why should we be expendable? Why should this place have to be burdened by people’s trash and s***?”

For more news reports about the toxic secrets hiding behind “green” programs like recycling, be sure to check out Toxins.news.

Recycling only “worked” when China was taking it from us, which the communist country is no longer doing

Ever since recycling first gained traction here in the United States, it was contingent upon China accepting much of the paper, plastics, and other recyclables that domestic processing plants were unable to accept. But all of that changed roughly a year ago when China stopped accepting U.S. recyclables, hence why cities like Chester – which doesn’t even have the proper facilities to do so – are now trying to process it themselves.

“Since January 2018, China hasn’t accepted two dozen different recycling materials, such as plastic and mixed paper, unless they meet strict rules around contamination,” The Guardian explains. “The imported recycling has to be clean and unmixed – a standard too hard to meet for most American cities.”

In the case of Chester’s processing plant, known as Covanta, it wasn’t even designed for processing recyclables. Further, the burning of all that paper, and especially plastic, is releasing all sorts of cancer-causing chemicals into the atmosphere that are likely linked to Chester’s high rates of ovarian, lung, and other types of cancer – not to mention higher-than-average rates of asthma.

“You may think burning plastic means ‘poof, it’s gone’ but it puts some very nasty pollution into the air for communities that are already dealing with high rates of asthma and cancers,” says Claire Arkin, a campaign associate at the Global Alliance for Incinerator Alternatives. “This is a real moment of reckoning for the U.S. because of a lot of these incinerators are aging, on their last legs, without the latest pollution controls.”