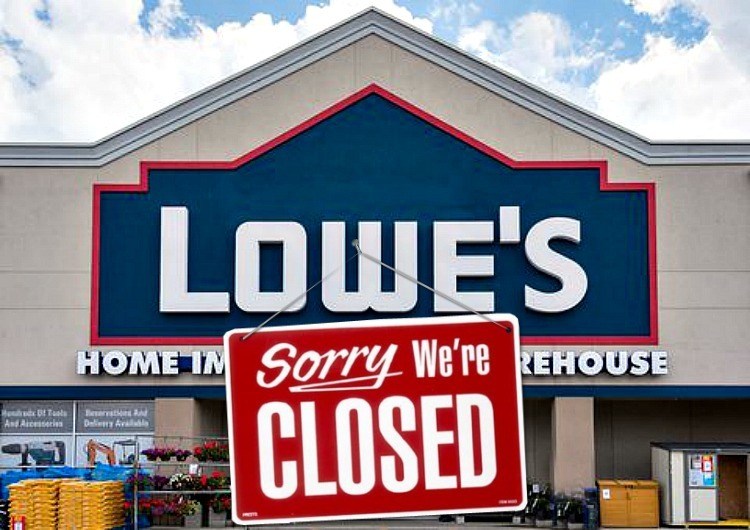 By now, just about everyone has watched one or more local stores close their doors for good. Lowe’s, a hardware and home improvement store that has been around for 72 years, is closing around 50 of their locations just after Christmas.

They’re the most recent victim of the retail apocalypse. Thousands of brick and mortar stores closed their doors this year as executives tried to staunch the bleeding in some companies and othersHere’ went bankrupt. Buyers are flocking to the internet to purchase their goods from companies with lower overhead (and thus lower prices.) And the economy, despite claims of grandeur, doesn’t seem to be thriving for everybody.

Why is Lowe’s closing stores?

It appears that Lowe’s store closures are in the “we must stop hemorrhaging money” category.

Lowe’s said Monday that those locations are underperforming and the decision will help the hardware chain focus on its most profitable stores.
“The store closures are a necessary step in our strategic reassessment as we focus on building a stronger business,” said CEO Marvin Ellison, in a statement. (source)

They’re also struggling to keep up with their competitor, Home Depot. Home Depot’s revenue last year exceeded $100 billion, but Lowe’s revenue was not quite $70 billion. Lowe’s stock prices are also lower than those of Home Depot.

“Industry experts have said that Home Depot has better real estate than Lowe’s and has invested more in its e-commerce fulfillment.” (source)

Here are the Lowe’s stores that are marked for closure.

The closures are split between Canada and the US. (List via CNN)

Have you lost any major stores in your area?

Are any of these pending closures near you? Have you lost other stores in your area? Have store closures affected you negatively? Share your thoughts in the comments section below.