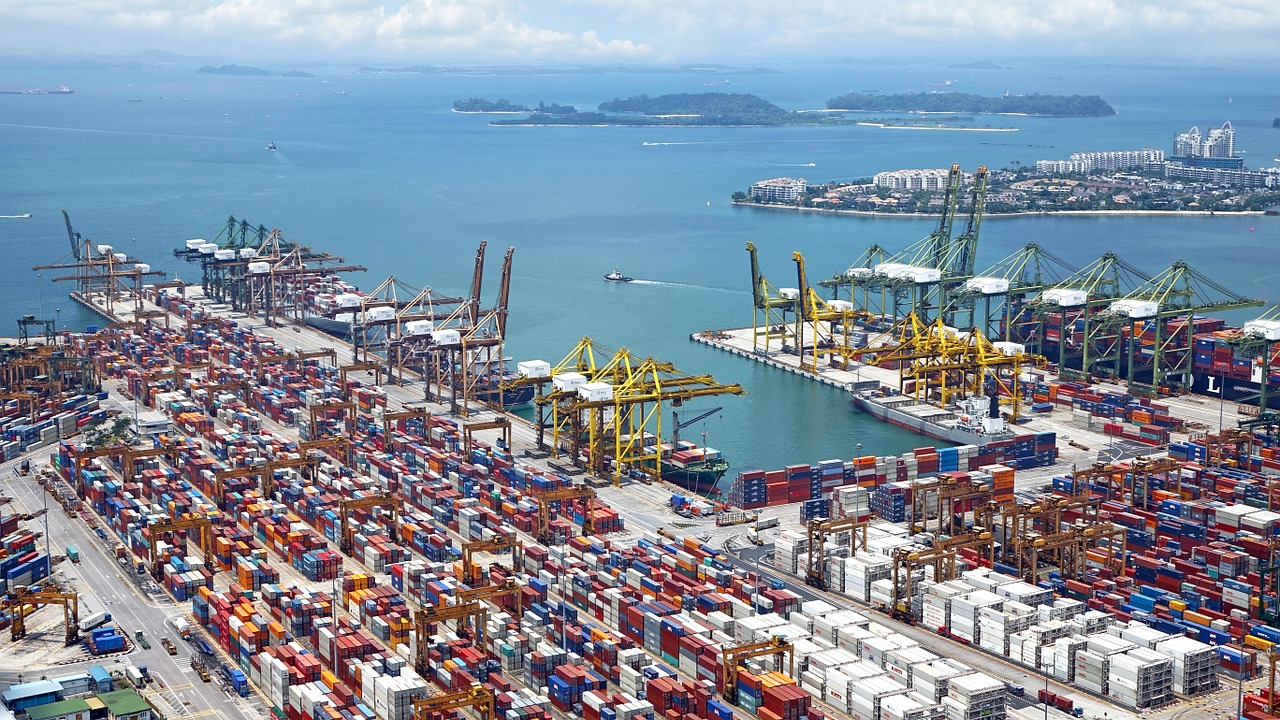 Have you noticed that it is a lot harder to get certain things these days? Just recently, someone in my local area was surprised when her appointment to get the windshield on her vehicle fixed was canceled because it wasn’t possible to get a replacement windshield. This was a windshield for a very common vehicle, and normally that wouldn’t be a problem at all. But these are not normal times. Thanks to several factors that I will detail in this article, global supply chains are now under more strain than we have ever seen in the post-World War II era, and unfortunately it appears that things are going to get even worse as we approach the holiday season.

I know that most of you probably don’t want to hear that the shortages that we are experiencing now are going to get worse.

So you may be tempted to stop reading this article now because you don’t want to see the bad news.

But it is imperative that you understand what is ahead, and so I urge you to keep reading.

Let’s take this one step at a time. Right now, local news outlets all over the country are doing stories about the shortages in their local areas. Here is one example…

Have you recently gone to the grocery store and found some of the shelves empty? If so, you aren’t alone.

Many people can’t find some of their favorite and essential items since the pandemic started.

As that article points out, the stores are trying to order the products that they need.

They just can’t get them.

This is happening all across the United States, and as a result the inventory to sales ratio for U.S. retailers has been pushed to the lowest level on record…

In April, May, and June, the inventory-sales ratio of around 1.08 – or about 33 days’ supply – was at the lowest point in the data going back to 1992. In the years before the pandemic, the overall ratio was around 1.5, providing 45 days of supply.

Well, the truth is that there are several contributing factors, and one of them is fear of COVID.

When a single worker recently tested positive for COVID, China shut down one of the busiest port terminals in the entire world “indefinitely”…

One of the world’s busiest ports partially closed this week after an employee tested positive for Covid-19. The closure raises fears of new disruptions to world trade that could slow the global economy’s recovery.

This wouldn’t be such a problem if we had not become so dependent on goods from China.

Other nations are severely overreacting to outbreaks of COVID as well, and this is making it harder and harder to move goods around the world on an efficient basis.

Another major factor that we are dealing with is a historic global shipping container shortage.

And once shipping containers are delivered to U.S. ports, there isn’t enough port workers to unload them all.

It can now literally take months for products that are made in China to get to the U.S. retailers that originally ordered them.

Of course if those products contain computer chips, they may never arrive at all.

The global shortage of computer chips is deeply affecting thousands of other industries. For instance, it is being estimated that the global auto industry will produce 7.1 million fewer vehicles this year because of the chip shortage…

VW’s main plant in Wolfsburg is only going to be running on its early shift after summer break due to the lack of supply, Bloomberg reported this morning.

Its plant in Wolfsburg is the “world’s biggest car plant” and employs about 60,000 people. Audi is also pausing production temporarily, extending its summer break by one week, the report notes.

Global shortages of semiconductors could wind up cutting worldwide production of autos this year by about 7.1 million vehicles, Bloomberg predicted this morning.

Now we are moving into the holiday season, and many in the retail industry are anticipating a complete and utter disaster…

Reuters surveyed nearly a dozen suppliers and retailers of everything from toys to computer equipment in the United States and Europe. All expect weeks-long delays in holiday inventory due to shipping bottlenecks, including a global container shortage and the recent COVID-related closure of the southern Chinese port of Yantian, which serves manufacturers near Shenzhen.

One executive that was interviewed by Reuters said that we are heading for “a major, major mess”…

This is what the immediate future of the U.S. economy looks like even if nothing else goes wrong.

So what is going to happen if another major crisis suddenly erupts in the middle of all this?

As inventories get tighter and tighter, prices are rising to compensate. One area that I am particularly interested in is the price of food. According to the FAO, the global price of food is 31 percent higher than it was a year ago…

Whether at supermarkets, corner stores, or open-air markets, prices for food have been surging in much of the world, forcing families to make tough decisions about their diets. Meat is often the first to go, ceding space to less expensive proteins such as dairy, eggs, or beans. In some households, a glass of milk has become a luxury reserved only for children; fresh fruit, once deemed a necessity, is now a treat.

Food prices in July were up 31% from the same month last year, according to an index compiled by the United Nations’ Food and Agriculture Organization.

Have global paychecks risen 31 percent over the past year to keep up?

As a result, many are having a much harder time buying the food that they need and more people are going hungry. Needless to say, this is setting the stage for the sort of global crisis that I have been warning about.

There was so much optimism during the first half of 2021, but now everyone is starting to realize which way all the needles are pointing.

Very choppy seas are ahead, and those at the helm do not seem to know what they are doing.