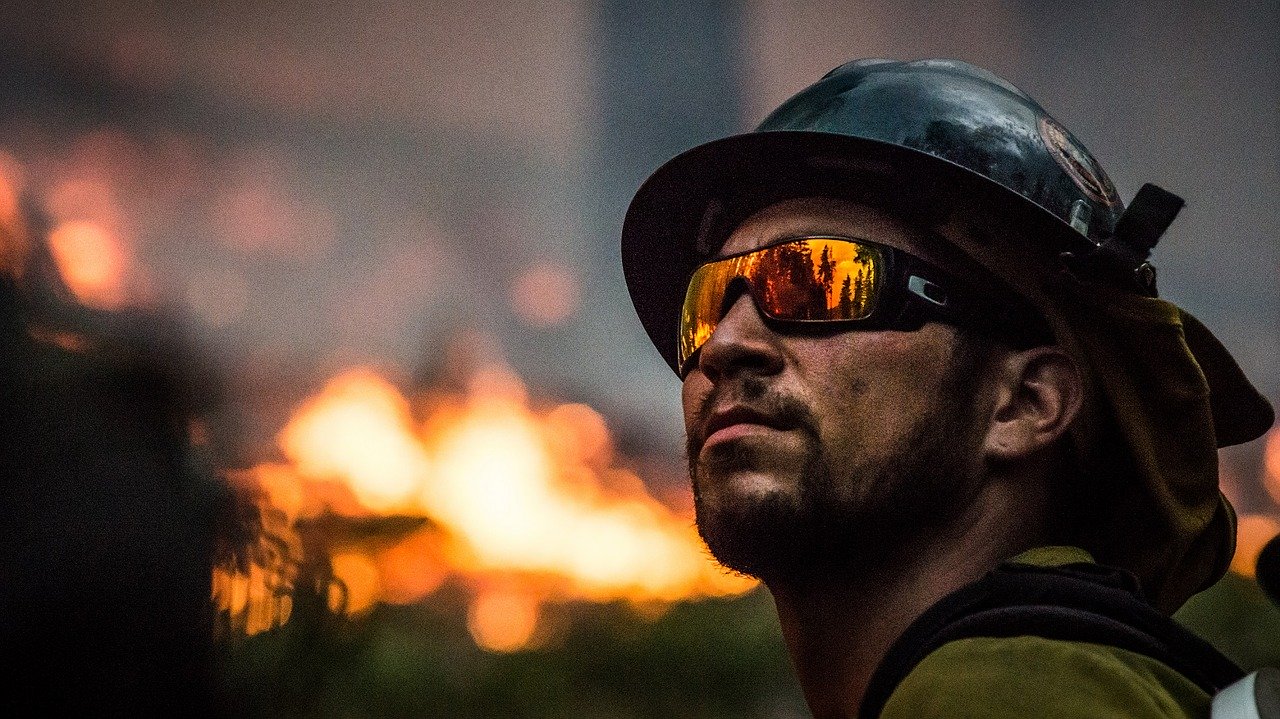 The state of California sure has been through a lot this year. The COVID-19 pandemic hit the state particularly hard, fear of the virus sent the unemployment rate soaring, civil unrest has ripped permanent scars in most of the major cities, and earlier this month a historic heatwave caused rolling blackouts all over the state for the very first time since 2001. So California certainly didn’t need anything else to deal with in 2020, because it has just been one thing after another all year long. Unfortunately, it looks like the massive wildfires that have been roaring across the state over the last week are about to get even worse. A “red flag” warning has been issued for Monday, and just about everyone is expecting this week to be a really, really bad week.

But even if all of the fires ended right now, the devastation that we have already witnessed has been off the charts. Hundreds of individual wildfires erupted after “12,000 lightning strikes” hit the state, and so far more than a million acres have been burned…

Firefighters have been battling more than 600 blazes – sparked by a staggering 12,000 lightning strikes – for a week. About 1.1 million acres of land has been torched. Most of the damage was caused by three clusters of fire “complexes” ripping through 1,175 square miles of forest and rural areas in the San Francisco Bay Area.

Those numbers are difficult for me to comprehend.

I would think that 12,000 lightning strikes must be some sort of a record for a single week, but I haven’t been able to confirm that. In any event, that seems like an exceptionally high number.

Similarly, it is hard for me to imagine a million acres that have been completely destroyed by fire. It is a monumental tragedy that will take a really long time to fully digest.

Of course the fires are still violently raging as I write this article. In fact, two of the five largest fires in the history of the state are roaring through parts of northern California right now…

In nearly a week, firefighters have gotten no more than the 17% containment for the LNU Lightning Complex fire in wine country north of San Francisco. It’s been the most destructive blaze, accounting for five deaths and 845 destroyed homes and other buildings. It and a fire burning southeast of the Bay Area are among the five largest fires in state history, with both burning more than 500 square miles (1,295 square kilometers).

Overall, wildfires in the state have already caused more death and destruction in 2020 than they did in all of 2019.

Something that has been particularly sad to hear is that many redwood trees are being burned. Some of those trees are over 1,000 years old, and we are being told that Big Basin State Park experienced “significant fire damage”…

Biologists are watching closely as the blazes encroach on old-growth redwood trees in Northern and Central California, where some giants are more than 1,000 years old and are known by individual names. While some seem to have been spared, Big Basin State Park — the oldest state park in California — saw significant fire damage.

That is not just a loss for the state of California.

That is a loss for all of us.

Unfortunately, California’s rapidly growing social decay has also been on full display during this crisis. Looters have been hitting the evacuation zones pretty hard, and at last eight people have already been arrested…

At the CZU Lightning Complex fire in the Santa Cruz Mountains. south of San Francisco, authorities said their effort was hindered by people who refused to heed evacuation orders and those who were using the chaos to steal. Santa Cruz County Sheriff Jim Hart said 100 officers were patrolling and anyone not authorized to be in an evacuation zone would be arrested.

“What we’re hearing from the community is that there’s a lot of looting going on,” Hart said. He said eight people have been arrested or cited and “there’s going to be more.”

A California firefighter’s wallet was stolen out of his work vehicle and his bank account was drained while he was battling a blaze, officials said. It was the latest robbery to occur amid fear and panic over wildfires in Santa Cruz.

“It’s absolutely disgusting behavior, I can’t, frankly, I can’t believe that somebody would actually have the nerve to break into a firefighter’s vehicle or enter their vehicle to steal something from them when they’re there to protect the community. Honestly it blows me away,” Chief Deputy Chris Clark with the Santa Cruz County Sheriff’s Office said during a press conference on Sunday.

You have to be really, really low to do something like that.

But this is what America has become. We have become a completely lawless nation where chaos reigns, and things are only going to get worse in the years ahead.

And we are also being told that the battle against the wildfires could go to an entirely new level during the early part of this week. A “red flag” warning has been issued, and the state is bracing for very high winds and more lightning strikes…

The National Weather Service issued a “red flag” warning through Monday afternoon for the Bay Area and the central coast, meaning extreme fire conditions, including high temperatures, low humidity and wind gusts up to 65 mph, “may result in dangerous and unpredictable fire behavior.”

There was the potential for scattered “dry” thunderstorms over much of Northern California, the weather service said, and lightning could spark new blazes.

For a long time, I have been encouraging people to consider moving out of the state.

The “California Dream” has become an endless California nightmare, and in 2020 we have seen an endless parade of so many of the reasons why millions have already fled for greener pastures.

In the end, it is such a great shame what has happened to the state. It is blessed with outstanding weather and tremendous natural beauty, but at this point I don’t know why anyone would want to live there.