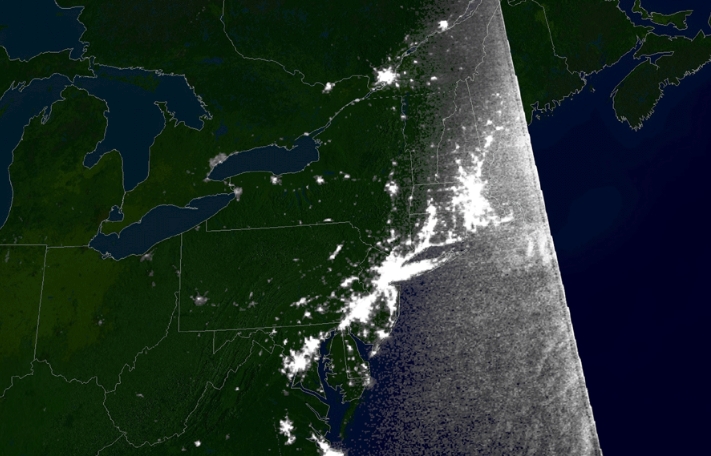 (Natural News) The United States is the world’s only remaining superpower and we got that way through innovation, development, investment and freedom.

But our country runs on power — electricity — and without it, our way of life would surely be decimated. A widespread grid failure would, overnight, lead to chaos, death and destruction. In fact, in some mega-cities the destruction would begin within hours as the worst members of society took advantage of the situation to pillage and plunder.

It’s likely that most Americans believe a widespread failure of the U.S. power grid could never happen. But the reality is, we’re much closer to it than those people believe. And what’s more, so-called “alternative” power sources — wind, solar, water — do not come close to making up what we’d lose in a massive regional or national power grid failure.

1. California blackouts proved solar panels are a scam because they don’t work when the power’s off

Millions of Americans either currently employ solar panel-generated power in their homes or are considering doing so. You may want to rethink that if you’re someone thinking about solar.

In October, thousands of solar panel users in California found out the hard way that their equipment doesn’t function when the power grid goes down. The reason is because nearly all solar power set-ups are “grid-tie” systems that also feed excess power generated by the panels to the existing grid, not your home or business. So when the grid collapses, so does your solar power system.

California power suppliers are also currently engaged in rolling blackouts of entire regions thanks to a series of deadly wildfires in recent years.

It’s sobering to receive such a dire warning from a government agency, especially one charged with ensuring the sanctity and safety of our country — the Department of Homeland Security. But in July, DHS issued a warning that Americans need to begin preparing for being without power for up to six months.

“Long-duration, lasting several weeks to months (at least 2 months, but more likely 6 months or more) due to physical destruction to equipment, such as transformers or transmission lines; or the severity of the event resulting in limited workforce to repair damage, or inability to create or transport replacement parts,” said a report from the agency’s National Infrastructure Advisory Council. The reason? The grid is a prime target for terrorists.

And this wasn’t the first warning about a nationwide power grid failure from the government. An earlier report by the Air Force’s Air University warned that an EMP-style attack could wipe out the country, democracy, and the world order. Worse, that report noted that it would take as long as 18 months to replace the most important elements of the power grid damaged from such an attack.

3. Power and other infrastructure around the country continue to fail

In July, New York City residents were caught off-guard after a wide swath of Manhattan’s West Side suddenly went dark for several hours, leaving electric officials at Con Edison uncertain as to why the outage occurred. The company pledged to diligently look into the problem, but for all the technology they have running the grid, the initial outage was a complete mystery.

The Manhattan outage came on the heels of a separate report, in which the New York Post said ConEd warned on Monday that more outages could be coming as summer heat waves are expected over the next several weeks, leading analysts to believe that the problem is much more serious. (Related: 10 Ugly truths about long-term power outages and how to deal with them.)

“We expect there could be service outages — those things happen during heat waves,” said Mike Clendenin, chief spokesman for ConEd during an appearance on local media.

And get this: Mike Clendenin, chief spokesman for ConEd, told reporters the company actually invests $2 billion every year to prevent blackouts and prepare for higher electricity demands during peak summer periods. They sure aren’t getting much bang for their buck, and neither will New Yorkers at some point.

Keep up with the latest regarding the U.S. power grid at Power.news.