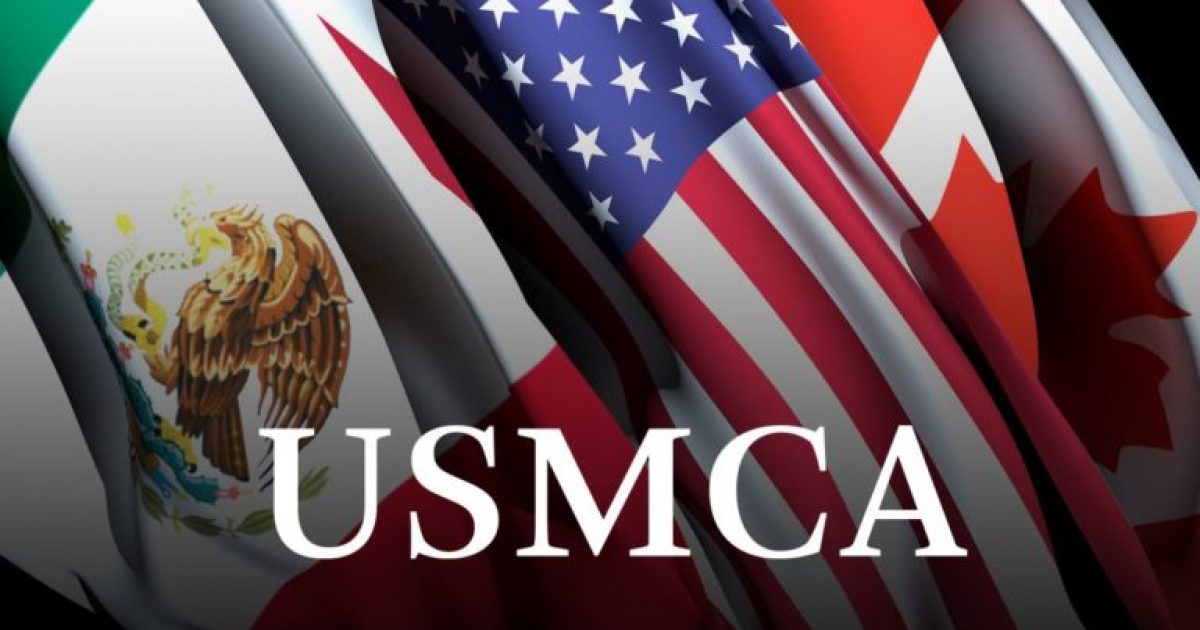 On November 30, 2018, President Trump, along with the Prime Minister of Canada and the President of Mexico, signed the United States-Mexico-Canada (USMCA) “Trade Agreement”. “Trade” is in quotes, because the document isn’t about “trade” – it’s about setting up global government. “Agreement” is in quotes because the document is a “treaty” – and that invokes the two-thirds ratification requirement of Art. II, §2, cl. 2, US Constitution.

The USMCA Treaty (“Treaty”) was negotiated by U.S. Trade Representative, Robert Lighthizer. He is a member of the Council on Foreign Relations, which works to move the United States into the North American Union (NAU). 1

The Treaty advances the economic and regulatory integration of the three Parties. It is the precursor to the political integration the globalists seek with the NAU. 2

While the United States is clearly authorized by Art. I, §8, cl.3 & Art. II, §2, cl.2, US Constit., to enter into Treaties with foreign Nations addressing Commerce; 5 the United States may not lawfully transfer to global or multi-national bodies, powers which “WE THE PEOPLE” delegated to our federal government when We ratified our Constitution. But that is what the Treaty purports to do.

Even worse, the Treaty also purports to delegate to global or multi-national bodies powers which We never delegated to our federal government – but reserved to the States or the people.

The Treaty establishes a bureaucratic multi-national government which is to control all aspects of commerce and to which the United States, Mexico and Canada will be subject.

The Treaty incorporates by reference many other documents. Its frequent use of new terminology requires one to constantly refer to the various definition sections spread throughout the 34 Chapters. It engages in the pernicious practice of making a statement, and then qualifying it by phrases such as, “unless otherwise provided in this Agreement” and “unless the Parties decide otherwise”. 6

The Treaty violates the following provisions of our Constitution:

o Clause 5: To coin Money and regulate the Value thereof

o guarantee to every State in this Union a Republican Form of Government; and

o protect each of the States against Invasion.

Our Constitution delegates to Congress the power to set the amounts of the tariffs on foreign imports.

The Treaty divests Congress of the power to unilaterally determine our tariffs. USMCAArt. 2.4 7 says:

“1. Unless otherwise provided in this Agreement, no Party shall increase any existing customs duty, or adopt any new customs duty, on an originating good.

Our Constitution delegates to Congress the power to control our money.8

But with the Federal Reserve Act of 1913, Congress and Woodrow Wilson unlawfully transferred power over our money to an international cabal of privately owned banks – the “Federal Reserve”.

Shortly after WWII, the United States joined the World Bank and the International Monetary Fund (IMF). 9 James Perloff’s article, Council On Foreign Relations – Influencing American Government, speaks of how the World Bank and IMF act as

“…a loan-guarantee scheme for multinational banks. When a loan to a foreign country goes awry, the World Bank and IMF step in with taxpayer money, ensuring that the private banks continue to receive interest payments. Furthermore, the World Bank and IMF dictate conditions to the countries receiving bailouts, thus giving the bankers a measure of political control over indebted nations.”

The Treaty surrenders the United States’ power over money and our economy to the IMF. USMCA Art. 33.1 defines “Article IV Staff Report” as the report prepared by the IMF respecting a country’s adherence to Art. IV, Section 3 (b) of the IMF Articles of Agreement. Section 3 provides that the IMF shall oversee the compliance of each member with its obligations under Section 1 of Article IV. Section 1 requires each member to “direct its economic and financial policies toward the objective of fostering orderly economic growth with reasonable price stability”, and to foster “orderly underlying economic and financial conditions and a monetary system that does not tend to produce erratic disruptions” [i.e., our economy is to be planned by the IMF].

Article IV, §3 (b) of the IMF Articles of Agreement states that the IMF “shall exercise firm surveillance over the exchange rate policies of members”, and “shall adopt specific principles for the guidance of all members with respect to those policies”. USMCA Art. 33.4 confirms that the three Countries are “bound under the IMF Articles of Agreement to avoid manipulating exchange rates or the international monetary system”; but private manipulators (George Soros) don’t seem to be bound by that restriction.

The purpose of delegating the power to issue Patents and Copyrights to Congress is to“promote the Progress of Science and useful Arts, by securing for limited Times to Authors and Inventors the exclusive Right to their respective Writings and Discoveries”.

The Treaty subordinates these property rights to the collective. USMCA Art. 20.2 states:

“The protection and enforcement of intellectual property rights should contribute to the promotion of technological innovation and to the transfer and dissemination of technology, to the mutual advantage of producers and users of technological knowledge and in a manner conducive to social and economic welfare, and to a balance of rights and obligations.”

Article 20.3 prohibits the Parties from making any laws or regulations inconsistent with Chapter 20; and

Article 20.7 requires the Parties to ratify or accede to a long list of international “agreements” including the World International Property Organization’s (WIPO) Patent Law Treaty. The WIPO is an agency of the United Nations.

The 64 pages of Chapter 20 have nothing to do with protection of property rights in Inventors. Instead, Chapter 20 subordinates ownership of those rights to the collective; and establishes the framework for global government of patents and copyrights. 10

Art. I, §9, cl.1 grants to Congress power over Migration;

Art. IV, §4 requires the United States to protect each of the States against Invasion;

and Art. I, §8, cl. 15 authorizes the use of the Militia to repel invasions

Our Framers understood that control over who enters our Country is an essential element of sovereignty.

But the Treaty subordinates the United States’ sovereign power over immigration to global and multi-national bodies. USMCA Art. 16.2 declares:

“3. Nothing in this Agreement prevents a Party from applying measures to regulate the entry of natural persons of another Party into, or their temporary stay in, its territory, including those measures necessary to protect the integrity of, and to ensure the orderly movement of natural persons across, its borders,provided that those measures are not applied in a manner as to nullify or impair the benefits accruing to any Party under this Chapter.” [italics added]

USMCA Art. 23.1 cites the International Labor Organization’s (ILO) “Declaration on Fundamental Principles and Rights at Work” (1998), as guiding the treatment of labor issues under the Treaty. The ILO is an agency of the United Nations (UN); and part of the ILO’s “social justice” agenda is to formulate “fair migration schemes in regional integration processes”.

So this is how the UN is to dictate immigration policy for the “regional integration” of Canada, the United States and Mexico.

Art. II, §2, cl. 2, grants to the President the power to make Treaties,provided two-thirds of the Senators present concur

Chapter 30 of the Treaty establishes the Free Trade Commission. It is the governing body of the bureaucracy which is created by the Treaty. Among other powers, the Commission supervises the work of all committees and other subsidiary bodies established under the Treaty; has the power to merge or dissolve committees and other subsidiary bodies; and has the power to “consider” proposals to amend or modify the Treaty. While Art. 30.2, 2. (c) lists 6 areas where modifications of the Treaty are subject to completion of “applicable legal procedures by each Party”, it does not require that other types of modifications of the Treaty be subject to such approval of the Parties.