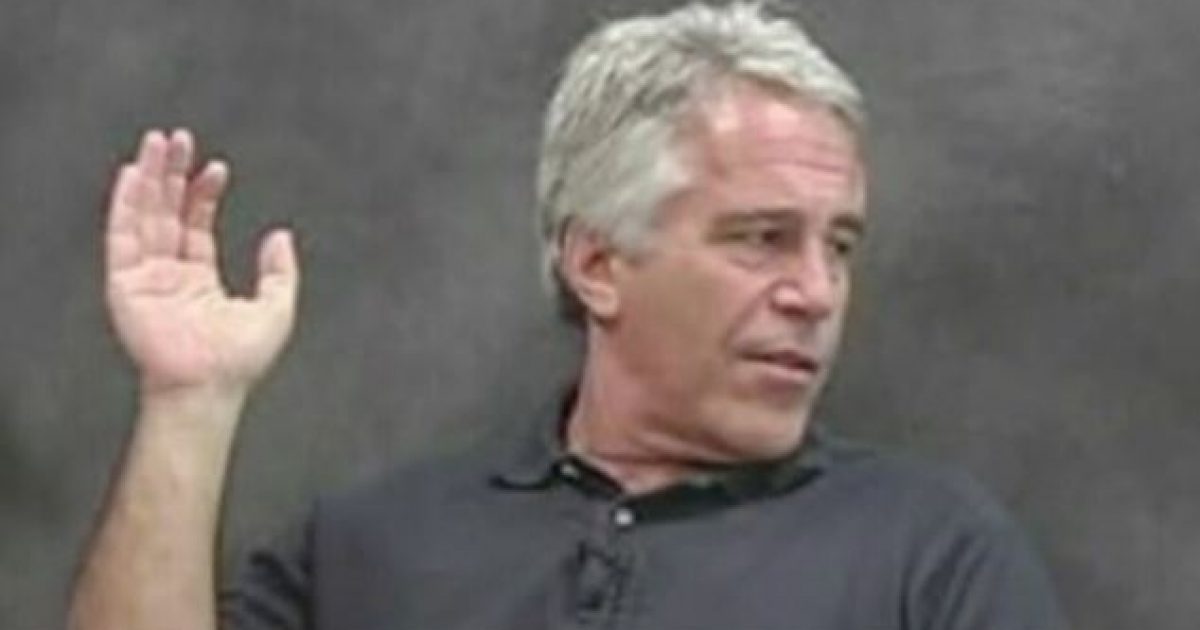 Posted by Dean James at Right Wing Tribune-OPINION AND SPECULATION

By now you all know that convicted pedophile and accused sex trafficker Jeffrey Epstein is dead.

For now it is being ruled a suicide.

There are all kinds of conspiracy theories floating around which under the circumstances, do have merit.

For example, a former inmate at the Metropolitan Correction Center in lower Manhattan, where billionaire sex trafficker Jeffrey Epstein was found unresponsive before later being pronounced dead on Friday, says there is “no way” that he could have committed suicide because the facility is too well-guarded and monitored, JonDougherty at The National Sentinel reports.

“There’s no way that man could have killed himself. I’ve done too much time in those units. It’s an impossibility,” the former inmate, who spoke to Brad Hamilton and Bruce Golding at the New York Post on condition of anonymity, said.

“Between the floor and the ceiling is like eight or nine feet. There’s no way for you to connect to anything,” he added.

“You have sheets, but they’re paper level, not strong enough. He was 200 pounds — it would never happen,” the inmate said.

“When you’re on suicide watch, they put you in this white smock, a straight jacket. They know a person cannot be injurious to themselves,” he added. “The clothing they give you is a jump-in uniform. Everything is a dark brown color.”

The former inmate also said it would have been impossible for Epstein to have used the bed in his cell because it is bolted to the floor. Also, there are no light fixtures in cells and no bars to hang from.

“They don’t give you enough in there that could successfully create an instrument of death. You want to write a letter, they give you rubber pens and maybe once a week a piece of paper,” the inmate continued.

“Nothing hard or made of metal,” he added, noting that an officer is “at the door” of the cell “every nine minutes” or so to check on prisoners.

He went onto describe the facility as a horrific place were many guards are on “a power trip.”

“The damage that unit can do to someone. I told my parents not to come there. God wasn’t in the building,” he said, adding that a high-profile prisoner like Epstein would have drawn a lot of attention from guards.

“Some of the guards are on a major power trip. They know guys there are suffering,” the inmate said. “They know something the rest of the world hasn’t seen, that a place like this exists in this country, and they get off on it.

“If the guards see that the guy is breaking, they’re going to help you break,” he aded. “But it’s my firm belief that Jeffrey Epstein did not commit suicide. It just didn’t happen.”

Following news of Epstein’s death, a number of people took to social media to theorize about it.

A tweet from Terrence K. Williams, an actor and comedian who stars in “The Deplorables” comedy show, said, “Died of SUICIDE on 24/7 SUICIDE WATCH ? Yeah right! How does that happen #JefferyEpstein had information on Bill Clinton & now he’s dead I see #TrumpBodyCount trending but we know who did this! RT if you’re not Surprised.”

As noted by The Blaze, that was a popular conspiracy theory:

The Clinton conspiracy theory raged all day on Twitter, from thousands of accounts, both blue check and not, though aside from President Trump it didn’t get many takers in what you’d call the mainstream. But it wasn’t the only conspiracy theory floating around. There was another one, and it had exactly what you’d call mainstream takers. Like MSNBC’s Joe Scarborough, for example. Also MSNBC’s Joy Reid. MSNBC’s Elie Mystal really went for it.

Trump, however, was singled out by the media for his retweet of Williams’ initial post.

NBC News tweeted their article about the Trump retweet. It had the promising-for-the-MSM tagline “President Trump contributes to the rampant promotion of conspiracy theories after Jeffrey Epstein’s death.” The article only mentioned the president, however, not the spreading of the same theory by others.

Epstein’s suicide comes less than 24 hours after hundreds of documents released in a deposition alleging a sex ring including at Trump’s Mar-A-Lago resort https://t.co/ATQrseHiWq via @newsday

“But if you aren’t on social media, if you only catch cable news or read the papers, you’d think that Trump was a lone gunman firing off wild conspiracy theories from a grassy Twitter knoll, whilst horrified and almost all out of gasps Democrats innocently looked on,” The Blaze‘s Caleb Howe wrote.

“That is absolutely not the case. What’s more, and you can bet money on this, in a few days it will become even more acceptable to imply Trump had Epstein offed. In a few weeks, it will be “accepted as fact” casual conversation.”

We may never know what really happened but historically pedophiles don’tlast long in prisons.

And perhaps the most popular theory is that the Clinton’s had him offed:

He was murdered..end of story. #ClintonBodyCount

Let us know what you think in the comments below!