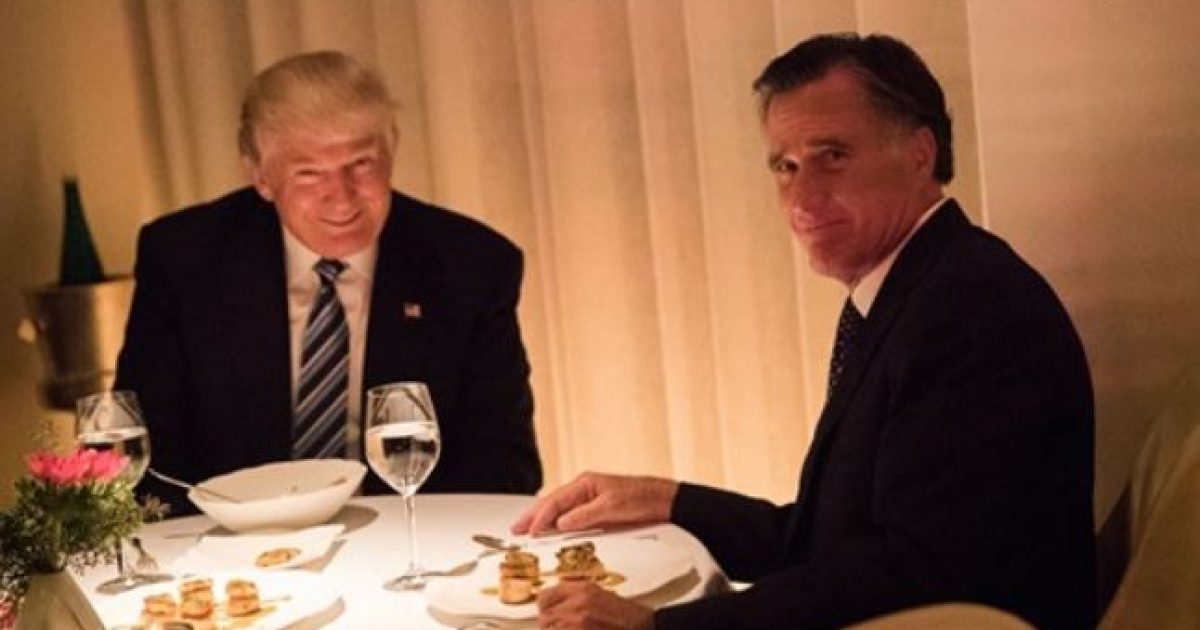 Opinion| Mark Sidney| This is likely not going to come as a surprise to any of our regular readers.

There were three RINO’s who seemingly just fine with the House Democrats holding secret meetings in the basement of the Capitol, interviewing witnesses and “selectively leaking,’ as Rep Gaetz put it.

The Democrats are effectively looking to undo the 2016 election results, in secret, in the basement of the Capitol Building.

It sure feels like a coup to me. This is not how the previous impeachment processes occurred, as far as I know. If there is nothing to hide, why not have complete transparency in a process which is so important that I could lead to the REMOVAL of the Chief Executive of The United States of America?

There is only one answer, they do, in fact, have something to hide.

Breitbart News is the source for the report which explains that these three RINO senators have failed to show support for a resolution that would condemn House Democrats’ closed-door impeachment inquiries into President Donald Trump.

Graham announced Friday that the resolution had gained 50 cosponsors across the Senate Republican conference; three senators have yet to cosponsor the resolution sign on.

The three Republican senators that have yet to back the impeachment resolution are Sens. Mitt Romney (R-UT), Lisa Murkowski (R-AK), and Susan Collins (R-ME).

While these three RINO senators have not yet signed on to cosponsor the resolution, it doesn’t mean that they won’t be voting in favor of the bill or will be cosponsoring it shall it be moved to the Senator floor to be voted on.

Breitbart spoke to Senator Murkowski’s office, who stated that she has not reviewed the Graham resolution as of yet. When asked for comment by Breitbart, Senator Romney’s office and Senator Collins’ office did not immediately respond.

According to Breitbart, “Republicans’ fight against the House Democrats’ secretive impeachment inquiry practices has quickly become a rallying cry for the GOP. Graham announced during a press conference Thursday that his and McConnell’s resolution gained 41 cosponsors. Now, the resolution nearly has the backing of the entire Senate Republican conference. Conservative activist groups have also backed the bill. The Club for Growth ‘key voted’ the Graham-McConnell resolution, and the Tea Party Patriots Honorary Chairman Jenny Beth Martin praised McConnell’s bill.”

The Republican Senators were dismayed at the idea of a singular party controlling the entire impeachment process and not even our elected Representatives being allowed to wittness the testimony.

“I have co-sponsored the Graham resolution because in an impeachment process, the American people above all expect it to be fair,” Republican Senator Lamar Alexander of Tennessee said in a Friday statement, in which he announced his support of the Graham-McConnell bill. Alexander also stated, “House Democrats might want to stop and take a look at how the House Democratic majority bent over backwards to include Republicans and the President’s representatives in the 1974 Nixon impeachment, and compare that with the one-sided, largely secret inquiry they are conducting today.”

On Thursday, Senator Lindsey Graham said that the “growing” list of Republican senators showing support for the bill proves that the GOP is ready to fight back. However Graham, the Chairman of the Senate Judiciary Committee, is yet to call a single wittness that have exculpatory evidence pertaining to the President.

Once again Lindsey Graham goes out of his way to get his name in the papers and grandstand, while doing absolutely nothing with his immense power as Chair of the SJC. I hope these Republicans know that, if they do not hold the line here, the party will cease to exist going forward.