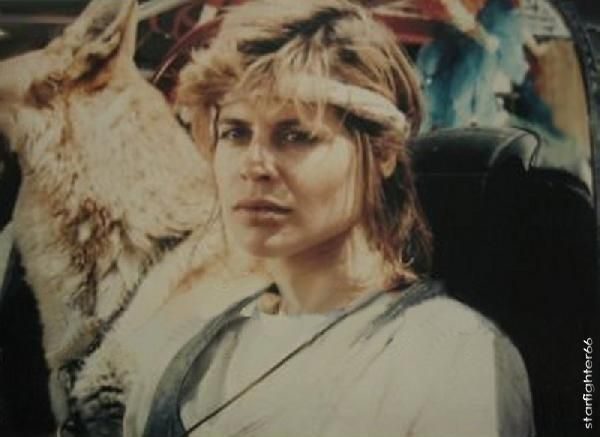 You can call them Becky’s.

You can call them Karen’s.

In reality, the anti-white war our elite have been waging for decades is inadvertently making Sarah’s out of white mother’s of white boys and white girls.

And by Sarah, I mean the Sarah Connor of the original Terminator trilogy, the mother of John Connor who will one day liberate mankind from the rule of cybernetic beings.

All white mother’s of white offspring are Sarah’s now, for their progeny represents the beings capable of fighting the future. Remember: whiteness is treason to humanity, so all white women bearing white children are doing their part to offset the war on Western Civilization.

The dust-up happened on Thursday as The Viewdiscussed whether Republicans have done a better job than Democrats of making their case to voters ahead of the midterm elections. Hostin got in on this by citing a poll and expressing her surprise that Republican efforts to limit abortion haven’t drawn greater opposition from female suburban voters.

Hostin explained it as “they’re voting against their own self-interest,” though Farah Griffin interjected to call that “insulting to the voter.”

The two continued to talk over each other as Hostin claimed those women were voting to live in The Handmaid’s Tale, while Farah Griffin retorted “do we love democracy or not? People make decisions of what’s right for their family.”

Hostin answered that that was her personal view, “but I am very surprised that White Republican suburban women are voting against their own healthcare.”

“I have not really recently evolved on the issue,” Hostin contended. “I am Catholic, that is my faith. I believe that abortion is wrong, for me. There’s a separation between state, government, and church. I do not have the right to tell someone else. however, they are voting against their own self-interests.”

The conversation moved on from there as the panel concluded voters make their decisions based on several priorities, not just singular issues.

There is a storm coming. But the white people alive in 2022 America didn’t create it: there only job was to survive it.

Becky’s and Karen’s play their role, but it will be Sarah’s who ensure their progeny not only endure, but thrive when it’s over.

Our elite hate white people and especially their progeny who will learn what was stolen from them, all because their ancestors put in place a system of government and laws to ensure their progeny survived.