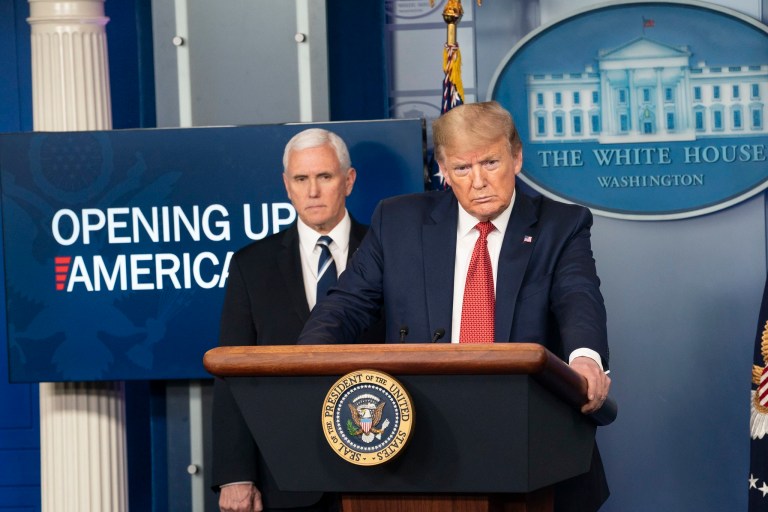 (TNS) During his daily coronavirus briefing on Sunday, President Donald Trump was asked by a reporter if he was considering pardoning friend Roger Stone and his one-time 2016 campaign manager Paul Manafort, because ‘muh coronavirus.’

In answering the question, the president first hinted that pardons may, in fact, be planned. But then he launched into a classic broadside against the Deep State figures whose names we all know by now for their perpetuation of “Spygate” and their attempt to overthrow him.

Reporter: Mr. President, have you thought any more about pardoning Paul Manafort or Roger Stone so they’re not exposed to the coronavirus in jail?

He was in the service for over 30 years. He ends up being a general and respected. Respected. And almost his first day in office, they come in with papers. They want to investigate him. Never happened before, and now the tables are turned. Investigate the investigators, I guess. These were crooked people. These are bad people. These are very dangerous people. You know what they are though? They’re scum. They’re human scum.

"The top of the FBI was scum … human scum," President Trump said on their treatment of Roger Stone and General Mike Flynn pic.twitter.com/pTcYJ3WQ7q

We may never, ever see another Republican president with this much chutzpah and willingness to go toe-to-toe with his political opponents again in our lifetimes.