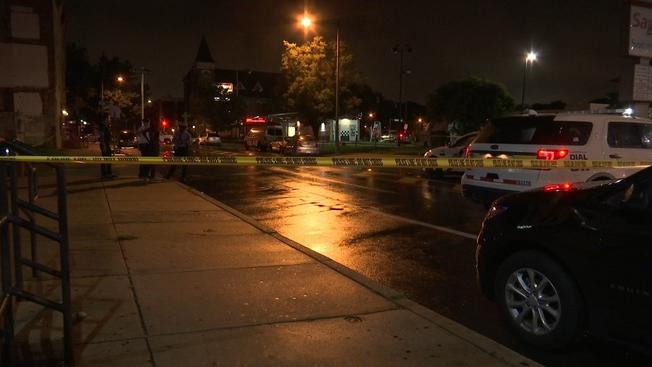 A father chased after a car thief who stole a vehicle with his children inside and then beat him to death with help from bystanders Thursday night in Philadelphia, police said.

The ordeal began around 9 p.m. when a 25-year-old woman parked her Hyundai outside a pizza shop on 29th and Dauphin streets. The woman went inside the shop to visit her 25-year-old boyfriend who worked there but left her three young children inside the running vehicle, police said.

As the woman went to speak to her boyfriend, a 54-year-old man went inside her Hyundai and sped off with her three kids still inside, according to investigators. The woman’s boyfriend, who is also the father of two of her three children, chased after the car thief on foot, police said. The thief drove about a half a block before being stuck in traffic at 29th and York streets, officials said.

The father then pulled the thief out of the car and began beating him, according to investigators. Police said other bystanders in the area joined in and attacked the car thief as well.

Medics responded to the scene and found the car thief unconscious. The man was taken to Temple University Hospital where he was pronounced dead at 10:05 p.m.

The woman and her boyfriend were both taken into custody for questioning. Philadelphia Police Chief Inspector Scott Small said they are both cooperating with investigators. Small also said both the homicide unit and the District Attorney’s Office will work to determine if the father will be charged.

Police are also checking surveillance video from a nearby business.

The woman’s three children, a 7-month-old, a 1 and a half-year-old and a 5-year-old, were not harmed and they’re currently staying with other family members.