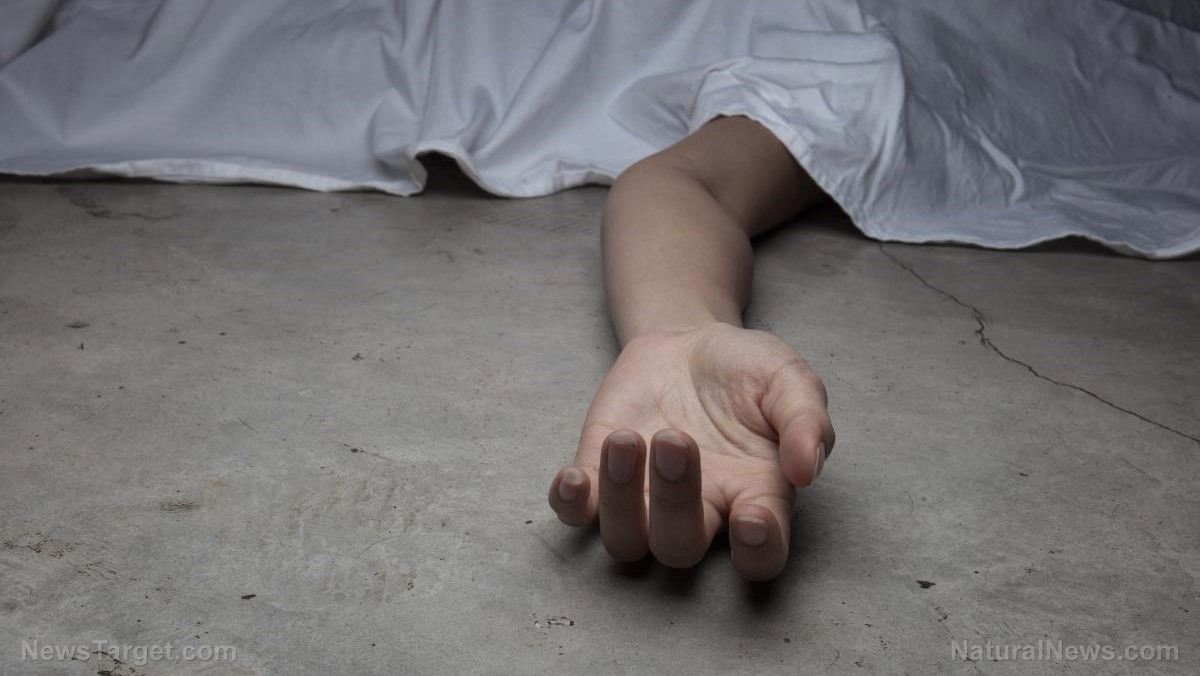 (Natural News) An autopsy in the U.K. confirmed that a healthy mother of two died of acute myocarditis almost two weeks after getting the Wuhan coronavirus (COVID-19) vaccine from Pfizer.

According to the Daily Mail, pathologist Dr. Sukhvinder Ghataura scrutinized the findings of a post-mortem examination and toxicology report for Dawn Wooldrige, who died on June 15, 2021. Medical records showed Wooldridge, mother of a five-year-old boy and a two-year-old girl, received her first dose of the Pfizer COVID-19 vaccine on June 4. An earlier autopsy proved to be inconclusive.

Eleven days after Wooldridge got her first COVID-19 vaccine dose, she was found dead in her home by her brother. Emergency services were called in and paramedics attempted to revive her, but in vain as the 36-year-old was pronounced dead at the scene. She had dropped her son off at school in the morning, visited a friend and had spoken to her mother earlier that day – but failed to pick up her son from school.

Basing his analysis on the medical reports, Ghataura said Wooldridge had been healthy at the time of her death and did not have any signs of alcohol or drugs in her system. The medical report noted heart inflammation, as well as fluid and a small blood clot in her lungs – alongside menstrual irregularity and pain in the arm and jaw following the vaccine. These signs, he suggested, were linked to myocarditis or heart muscle inflammation.

“On the balance of probabilities, she had vaccine-related problems. There is nothing else for me to hang my hat on. It is the most likely reason, in my conclusion. It is more than likely Dawn died in response to the COVID-19 [vaccine], Ghataura told coroner Alison McCormick.

McCormick said: “During the course of the evidence, [Ghataura] expressed a change of view. It is more likely than not she died from acute myocarditis. I give the narrative conclusion that her death was caused by acute myocarditis due to recent COVID-19 [vaccination].

Pfizer shot causes both parents and children to suffer from myocarditis

The findings came as a shock to Dawn’s family. Her husband Ashley, brother Stuart Lynch, sister-in-law and step-parents were in attendance during the inquest held in the town of Reading in England.

Lynch asked Ghataura if Dawn would still be alive if she did not get the COVID-19 vaccine, to which the pathologist replied in the affirmative. “It’s a difficult question, but I would say yes. I wish to pass on my condolences to [her] family,” answered Ghataura.

The coroner turned to Ashley, telling him: “You will have something to say to your children to explain why their mother died so tragically.” He echoed this in a subsequent statement: “When [our children] are old enough, I want to have enough of an explanation about how their [mother] died. The only thing that happened when Dawn died was that she had her COVID-19 [vaccine] before her death.”

The Pfizer mRNA COVID-19 vaccine has been linked to several cases of myocarditis – with most occurring in young males. Toronto resident Dan Hartman said his son Sean was among those who died of heart muscle inflammation following the vaccine. Sean, who was only 17 when he tragically died, was also healthy like Dawn and had no underlying medical conditions. (Related: Toronto man says Pfizer’s COVID-19 vaccine KILLED his healthy, athletic 17-year-old son.)

According to the elder Hartman, Sean received his first vaccine dose on Aug. 25. He experienced a rash all over his neck and face and brown circles around his eyes. Doctors at a hospital he visited on Aug. 29 prescribed him ibuprofen for the vaccine-induced reactions.

“On the morning of Sept. 27, his mother found him dead on the floor beside his bed. All he wanted to do was to play hockey,” shared Sean’s father. “He took a year off for COVID and he got extremely bored sitting in his bedroom. He decided to go back to hockey this year, and to do that he had to have a vaccination to play.”

The grieving parents ordered an autopsy on Sean to find out why he died. An initial autopsy determined the cause of death as “unascertained,” but it revealed that Sean had a “slightly enlarged heart” even though he had no heart condition. A second doctor who chose to remain anonymous told the Hartmans that myocarditis caused by the vaccine was the main cause of death.

“I know in my heart and soul, I believe the second pathologist that the vaccine killed my son. It’s not as rare as everyone thinks it is,” Dan said.

Watch Dan Hartman’s testimony about the death of his son Sean after vaccination.

This video is from the jofortruth channel on Brighteon.com.

Cardiologist says no case of COVID-19 vaccine-induced myocarditis is mild.

COVID vaccines found to increase risk of myocarditis in children by over 13,000 percent.

College student reportedly DIES of Pfizer vaccine-related myocarditis after being forced to take it to go to school.

Pfizer’s COVID-19 vaccine had a shocking DEATH rate of 3.7% during early trial – but the FDA approved it anyway.