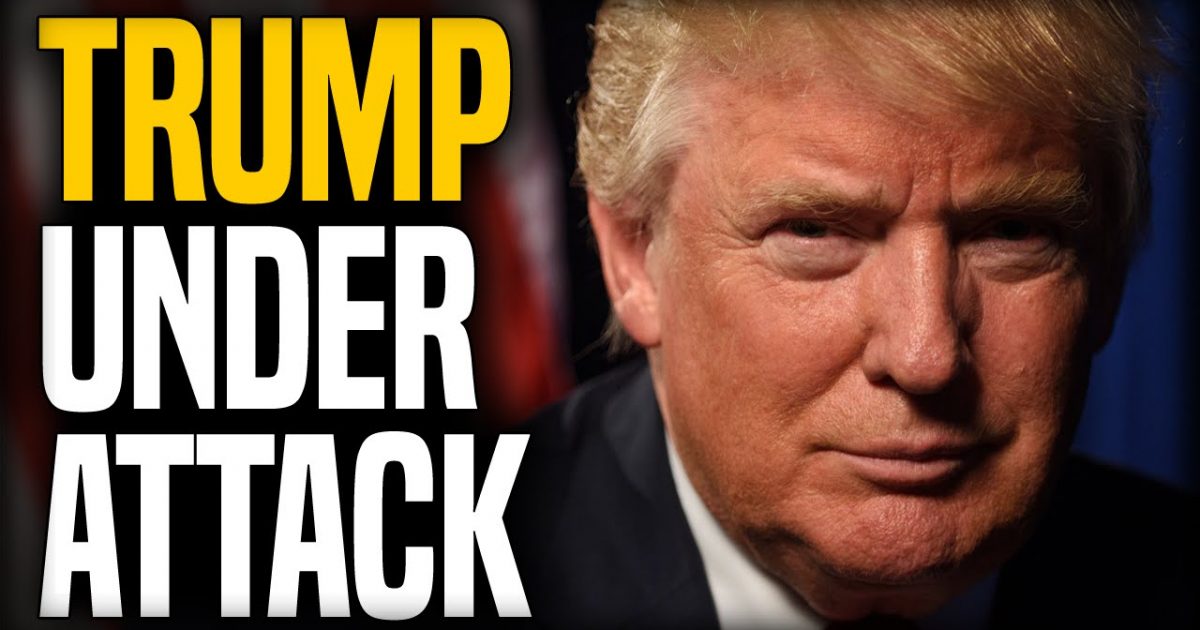 “When you are dealing with frauds and liars, listen more to what they don’t say than what they do.” -Dr. DaShanne Stokes

One thing that I have found during my time as a Christian is that no matter how many times you share the truth with the people in this country and the things that demand their attention, they will not listen until after the damage is done.

Many people in this country act as if they do not live politics, yet, “Life is politics, you do it or it does you.”

Friends, there is no in-between (Revelation 3:16).

Just this morning I woke up to see a brand new post about a book titled “The Russia Hoax, The Illicit Scheme to Clear Hillary Clinton and Frame Donald Trump

Another post on the same feed showed that Donald Trump’s approval ratings are at 88%.

I still cannot believe how ignorant the American people have become, or should I say, willfully blind and ignorant (a deliberate finger on their eyeballs) to what is right in front of their faces (Jeremiah 5:21; Hosea 4:6)

Through divisive measures, the CIA-controlled media would have all eyes on Hillary Clinton attacking and accusing President Donald Trump at will (vice versa-Trump attacking her, as well (Mark 3:25)) as a “racist” to a “sexual assaulter” to “surrendering to the Russians” to “collusion” etc…, while she is found selling uranium ore to the Russians without fear of consequence. Why is she so emboldened? Friends, Hillary has been given a free hand to commit scandal after scandal and crime after crime for decades in this country and that without lawful consequence.

Is she being investigated by Donald Trump’s Department of Justice? Donald claimed he can do whatever he wants with it. Donald promised that he was going to bring forth that special prosecutor on the campaign trail. Has he to date? Not at all. The circus of politics goes on (Psalm 9:17). But worry not, President Donald Trump is tweeting Hillary Clintons video
advocating for “strong, prosperous Russia.”

Maybe Donald Trump should look up what the purpose of government entails. Like that of restraining men from sin.” 1 John 3:4 Leaving off justice encourages and strengthens criminal activities America, it does not suppress them. (Proverbs 17:15).

Remember, Donald Trump told the American people that we all owe Hillary Clinton a major debt of gratitude during his presidential campaign victory speech. The exact opposite of what he said he was going to do on the campaign trail.

Furthermore, Hillary is not being investigated or indicted for any of her crimes or scandals against “We the People.” She is being rewarded while “We the people” are being violated and preyed upon.

To prove the point, Hillary Clinton signed two book deals with Simon & Schuster with a record advance of $8 million, which is just behind the Pope’s $8.5 million deal.

What about Barack Hussein Obama? Somehow or another, Barry Soetoro still feels that he is the sitting president, though Americans should remind him that he is not. Barack, like Hillary, has a free hand to attack Donald Trump, and of course, like the Clintons, there are no consequences. All of it is created warfare.

“Obama accuses Trump of wanting war with Iran,” “Intel chiefs gave Russia a pass, and now blame Donald Trump” and, of course, Donald Trump Blames Obama. All this is in the daily playbook of politics, which is designed to divert Americans from what special interest groups behind the corrupt are really doing behind closed doors in handing this country over to those who mean to destroy her.

Obama signed a Netflix deal to produce series and films, and his book deal biddings have reached $60 million dollars.

Keep in mind, America, that this is all a show in an attempt to deceive you into believing that the Obama’s have the approbation of the American people. They clearly do not!

Other criminal administrations in recent history that have been rewarded for their crimes are Bill Clinton and George W. Bush. The rights to their books, as if to suggest anyone will actually read them, sold for $10-15 million.

Lest you thought the book deals (rewards) fell only to those who have been called presidents, or First Ladies, let’s take a quick look at those around the administrations.

Former FBI Director James Comey is being called out for “his high crimes and misdemeanors,” and instead of him being charged for his “high crimes,” he is cashing in on a $10 million book deal.

Valerie Jarrett, Eric Holder, Former DNC chair Donna Brazile, who got a book deal after helping Hillary Clinton rig the primaries, have all been rewarded, and the list goes on (Luke 16:15).

Is this how you make America great again, Americans? Leave off justice which guards our liberties? (Isaiah 51:4)

Does this sound and act like an administration that loves this country and it’s people? (Matthew 7:16)

“There is no campaign promise that Donald Trump has failed to honor more flagrantly than his oft repeated pledge to “drain the swamp” in Washington, D.C. He has violated the letter of his promise and trampled all over its spirit. His supporters ought to be furious. But few perceive the scale of his betrayal or its brazenness.”

Americans need to look beyond the facade of President Donald Trumps administration. What he is saying and what is actually happening are two different stories. America is under attack like never before, and a good number of people in this country have fallen asleep (all by design). Matthew 13:25 Now is not the time to go to sleep, but rather, it is time to raise your gadsden flags and declare in unison “Don’t Tread on Me!.”

“The kings of the earth set themselves, and the rulers take counsel together, against the Lord, and against his anointed, saying, Let us break their bands asunder, and cast away their cords from us.”

Yet, these forget the reply that the Lord gives on our behalf.

“He that sitteth in the heavens shall laugh: the Lord shall have them in derision.Then shall he speak unto them in his wrath, and vex them in his sore displeasure.” -Psalm 2:2-5