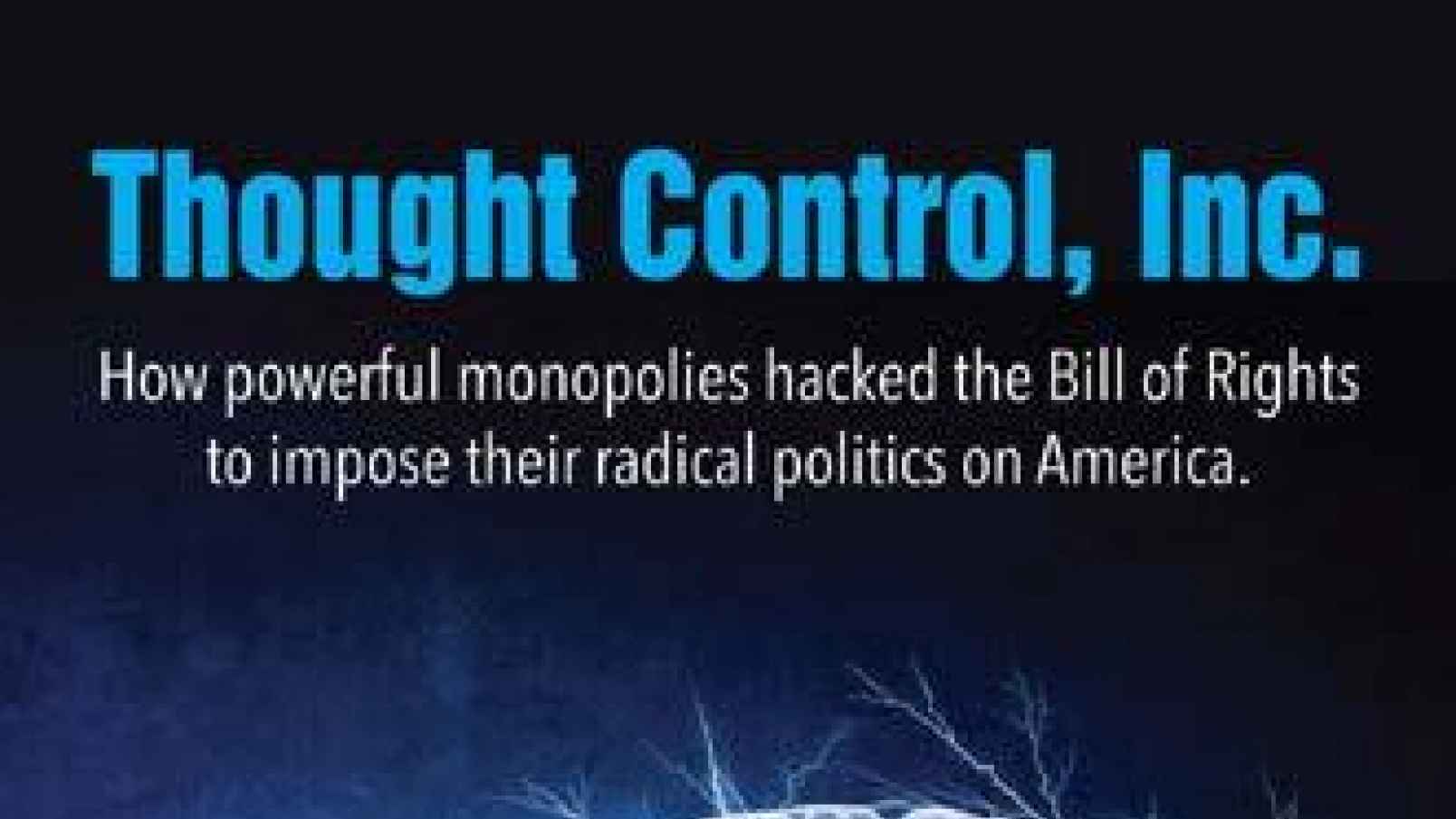 The recent gun control moves by Walmart and Kroger are the continuation of a larger program by the Left to impose gun control through major corporations whose sway and sphere of control is almost comparable to that of monopolies.

In my recent pamphlet, Thought Control Inc, I discussed how the project had begun with big banks and financial institutions.

March for Our Lives had held its signature event in Washington D.C. without making much of an impact. Blue states and cities already suffered from rigid gun control. And in red states and cities, politicians on both sides of the aisle had learned the hard way that the Bill of Rights had some passionate supporters.

But two days earlier, Citigroup, the 4th largest bank in the country, had announced that it was unilaterally imposing its own gun control regulations by requiring that its “small business, commercial and institutional clients, and credit card partners” implement its favored restrictions on firearms sales.

Next month, Bank of America, the 2nd largest bank, fired its own shot at the Second Amendment by announcing that it would refuse to underwrite securities for companies that manufacture what its vice chairman called “military-style firearms.” Even as the campaign to pressure elected officials into imposing gun control was losing ground, the financial industry was subverting the political system.

At the intersection of March for Our Lives, Citigroup, and Bank of America lay the hidden hand of the 10th wealthiest man in America. When donors wrote checks to the photogenic teens clamoring for a gun ban, the money was routed to the “March For Our Lives—Everytown Support Fund.” Everytown had been formed out of two of Michael Bloomberg’s gun control front groups. Ed Skyler, the Citi exec who announced the gun control policy, had been Bloomberg’s former Deputy Mayor. And Bank of America made its announcement to Bloomberg, the billionaire finance industry titan’s eponymous news service.

Michael Bloomberg had set up multiple front groups and spent hundreds of millions on buying elections with little to show for it. But in this coup against the Second Amendment, he and his fellow industry titans bypassed the voters in a plot to deprive hundreds of millions of Americans of their civil rights by attacking the firearms retailers and manufacturers that utilizing those rights depended on.

“What if the finance industry — credit card companies like Visa, Mastercard, and American Express; credit card processors like First Data; and banks like JPMorgan Chase JPM, and Wells Fargo were to effectively set new rules for the sales of guns in America?” Andrew Ross Sorkin had written in a New York Times column. “Collectively, they have more leverage over the gun industry than any lawmaker.”

Sorkin, who had coordinated part of the boycott, was laying out a vision of financial monopolies banding together to wipe out the Bill of Rights. The vision was integral to Thought Control, Inc., as a whole.

Earlier, BlackRock, the world’s largest asset manager, had announced that it was pressuring gun manufacturers to adopt its gun control policies. In its press release, it boasted that Dick’s Sporting Goods “will no longer sell assault-style rifles” and that Walmart and Kroger had imposed age limits.

“We will monitor these and other companies to assess their policies and practices in light of evolving societal expectations,” it warned.

A number of the statements by the most powerful financial institutions in the country claimed that they had to act because elected officials had failed to pass the laws that met with their approval.

“We have waited for our grief to turn into action and see our nation adopt common-sense measures that would help prevent firearms from getting into the wrong hands. That action has sadly never come,” Ed Skyler at Citigroup declared.

Skyler then proposed to “convene those in the financial services industry” and “leverage collective action to encourage responsible practices by all who sell firearms.”

In plainer terms, the financial services industry would form a cartel to sideline the voters, and Citigroup, Bank of America, BlackRock, and other industry titans would determine our laws and our rights.

Bank of America and Citigroup’s assault on the Bill of Rights was not, as some argued, free enterprise. Not only did the country’s biggest banks wield abusive monopolistic powers, but they had employed their political influence to generate massive bailouts, $45 billion in loans, a $100 billion guarantee[3] against losses on toxic assets for BOA, and $476 billion in loans and guarantees for Citigroup.

Bloomberg’s own gun control efforts had their origins in government resources misappropriated during his tenure as New York’s mayor. The economic coup against the Second Amendment was not capitalism in action. Instead, it was the fusion of industry monopolies empowered by government officials enforcing a social agenda while bypassing the voters by routing it through powerful firms.

And it was backed by pressure from elected officials opposed to the Bill of Rights.

At a House hearing titled “Holding Megabanks Accountable,” Rep Carolyn Maloney blasted Wells Fargo CEO Timothy Sloan for not having followed the example of other banks that had gone “above and beyond the law” by imposing her idea of “common-sense gun safety policies” on its customers.

“I believe in corporate responsibility,” Rep. Maloney declared. “I’m proud of the two banks who’ve come up and said we don’t want to finance gun slaughter.”

“There’s more than one way to skin a cat, and not everything has to be done through legislation explicitly,” Rep. Ocasio-Cortez said. “We can also use the tools that we have here to pressure change in other ways as well.”

What Democrat elected and unelected officials had not been able to accomplish in any of the three branches of government, their covert fourth branch of private sector powerhouses could achieve.

The Obama administration had already used Bank of America and Citigroup to route a fortune to its political allies. Bank of America had been hit with $16.6 billion in fines while Citigroup faced a $7 billion tab.[2] Hundreds of millions of dollars were instead diverted, at a favorable rate, to left-wing groups.

In the spring of ’18, the Democrats had lost their grip on all three branches of government. But the fourth branch was still operating, and it had gone to war against the Bill of Rights.

The Obama administration had eroded the boundaries between government and the private financial sector. The financial institutions that benefited from this blurring of the lines are conspiring against the Bill of Rights.

You can find the Thought Control Inc, pamphlet, which discusses how major corporations are going after the Bill of Rights, at the Freedom Center here.