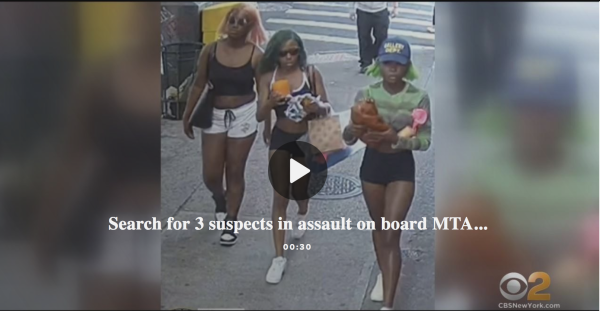 How many people across the nation, steeped in the knowledge of Critical Race Theory (CRT), believe the white woman attacked by blacks in New York City deserved her beating? [Police: Suspects attacked woman on bus in Queens, made anti-white statements, CBS New York, July 15, 2022]:

NEW YORK – The NYPD is looking for three women in connection with what could be a racially motivated assault on board an MTA bus in Queens.

It happened on a Q-52 bus Saturday evening.

Police say the three suspects got into an argument with a 57-year-old woman before hitting her in the head with an object.

Investigators say one of the suspects yelled, “I hate white people. I hate the way they talk.” The suspects then got off the bus at Woodhaven Boulevard and Jamaica Avenue and ran away.

The victim suffered a cut on her head and had to get staples.