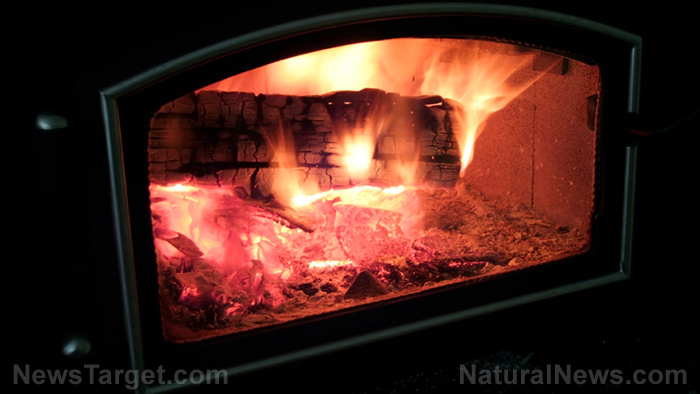 (Natural News) The Dark Ages are returning to Europe sooner than expected as cold and desperate Europeans increasingly resort to burning trees and other forms of natural biomass just to stay warm.

Due to lack of Russian gas, Europeans are having to come up with energy alternatives like the local park or forest preserve, for instance. More and more of them can now be seen chopping down tree limbs and hauling them off for an at-home bonfire.

This is only autumn, by the way, which means the worst is yet to come for gas-less Europe, which no longer has access to any Russian energy. (Related: It looks like Nord Stream 1 (NS1) might never come back online; Nord Stream 2 (NS2) has never been online because “green” regulators refused to approve it following completion in September 2021.)

Keep in mind that businesses are chopping down trees and burning them just the same as households are. This is quite literally green (trees) energy in action, folks.

It doesn’t get any “greener” than burning trees for energy

According to the Belgium-based industry group Bioenergy Europe, Russia’s invasion of Ukraine and everything that has followed is taking the blame for Europe’s increasing reliance on biomass energy, as they are calling it.

Just like their ancestors did, today’s Europeans are having to resort to nature in search of more primitive ways to keep the lights on. At least they can now say that they are energy independent since the trees come from domestic land.

“During this period of increasing uncertainty due to the war in Ukraine and the ongoing crisis which highlights the EU’s reliance on foreign fossil fuels, bioenergy stands as a clear counterpoint,” said Maija Lepistö, a spokesperson for Bioenergy Europe, to FOX Business.

“Over 96% of the biomass used for bioenergy is being produced domestically within the EU and the rest coming from trusted streams.”

Up until the invasion, about 12 percent of Europe’s total energy consumption came from biomass, including forestry products like logging residues, wood-processing residues, fuel wood, and wood pellets.

Overall, biomass energy accounted for 57.4 percent of Europe’s total renewable energy production up until now. With NS1 and NS2 now offline indefinitely, if not permanently, these figures are likely to increase drastically.

Skyrocketing energy costs are also driving more people to biomass alternatives, says Lepistö, who referred to trees as “local and affordable” for the average consumer.

“The current energy crisis in Europe has not placed the supply of biomass raw material at risk,” she added in a statement.

“Unlike fossil fuels with their high import rates and other renewables supplying their technology from outside the EU, biomass has the benefit of being locally sourced, produced and dispatched as well as supply of the necessary equipment.”

As most politicians are now doing, Lepistö blamed the war for the energy crisis, which upon closer investigation was already occurring before Russia invaded Ukraine. If anything, the war has given cover for the true cause(s) behind the current market mayhem.

“Just as with other markets, the ongoing war is affecting the bioenergy sector,” she added.

“However, the EU’s internal market can continue supplying bioenergy to the end users, and more businesses and citizens are turning to this renewable, local and affordable solution, which has more potential to grow and (reinforce) the EU’s green goals.”

In 2021, the European Union consumed 23.1 million metric tons (MMT) of wood pellets, a year-over-year increase that FOX Business says can be attributed to increased use of such products specifically in German residential households, as well as in The Netherlands.

The latest news about the European energy crisis can be found at Collapse.news.