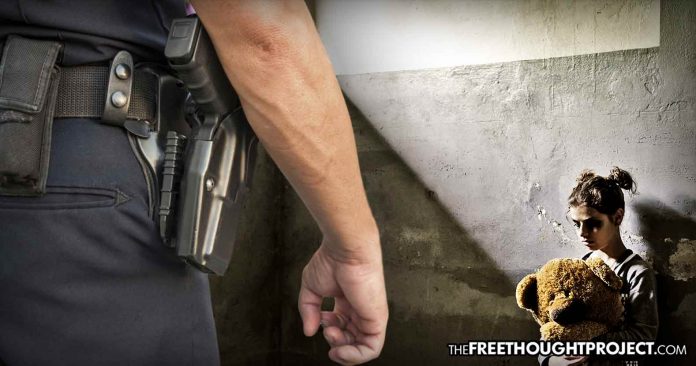 Agents with the Department of Homeland Security (DHS) in Arizona claimed to be “fighting” human sex trafficking by paying the sex slaves for hand jobs and then using that as a pretext to arrest them and seize what little money they made through tips.

The years-long operation yielded just three misdemeanor charges stemming from a single sexual encounter which authorities interrupted during a raid. No other charges could be brought forward because authorities refused to release the names of the “investigators” who paid the victims for sex acts.

During the investigation, Lon Weigand, deputy special agent in charge of Homeland Security Investigations in Arizona, praised the horrifying and senseless operation that helped in busting a “transnational criminal organization.”

However, he left out the fact that his agents facilitated and participated in that organization. As Trib Live reports:

What Weigand didn’t say at that September 2018 news conference — although HSI documents show some supervisors knew — was that federal undercover agents repeatedly paid for and engaged in sex acts with suspected victims.

That fact, coupled with HSI’s refusal to let its agents testify, caused the collapse of a case that was more than three years in the making. All felony charges against the alleged ringleaders were dropped. And sex-trafficking experts said the women were likely re-traumatized.

Defense attorneys were outraged when they learned of the agents’ actions.

“That’s our tax money,” said attorney Josephine Hallam, whose grandfather was former U.S. Supreme Court Justice Hugo Black. “Shouldn’t they be at the border, or doing something with terrorists rather than getting sex acts?”

A lawyer for one of the women charged in the operation questioned how federal agents paying potential sex trafficking victims for hand jobs somehow protected America’s national security.

“It is unclear how an ICE officer having sexual relations with human trafficking victims in Mohave County, Arizona, protects the nation from terrorist attacks or secures the borders,” wrote attorney Brad Rideout in a motion seeking the real names of the undercover agents, who were identified in police documents only as “Arturo” and “Sergio.”

Sadly, this case in Arizona is anything but isolated. TFTP has covered countless cases of cops paying potential sex trafficking victims for sex, only to bust them after. It takes a special kind of evil to coerce a potential sex slave into a sex act only to kidnap and cage them after, thereby increasing their chances for future suffering and abuse from their traffickers. Unfortunately, there seem to be a lot of those people in law enforcement.

What’s more, as TFTP reported last year, a shocking report from the Hawaii State Commission on the Status of Women paints a disturbing picture of law enforcement and their role in sex trafficking. The report found that instead of preventing child and adult sex trafficking, many police officers are participating in it.

The report is titled “Sex Trafficking in Hawaii: The Stories of Survivors,” which detailed the testimonials from multiple victims. One particularly disturbing part of the report was the fact that almost half of all the victims interviewed reported that police officers participated in their abuse and victimization.

Police officers using their power to exploit human trafficking victims is a common thread among many cases. On multiple occasions, the Free Thought Project has reported interviews of former child sex trafficking victims who’ve all noted that they had nowhere to go as police and high-level politicians all participated in the abuse.