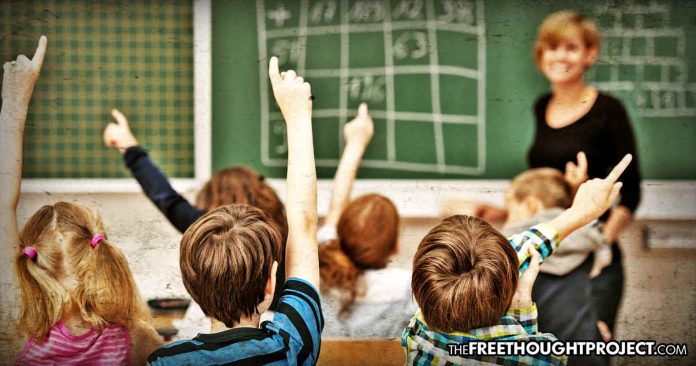 The notion that all people deserve equal rights under their governments is evolving into all people must be forced to be equal. In the name of forcing this equality—which is a dangerously slippery slope—some are going to extremes.

Boys and girls are different. One is not supreme to the other, but on a biological scale, they are not equal. To deny the basic differences like hormone production and the fact that females can get pregnant is to deny nature itself. However, this hasn’t stopped people from trying to wipe these biological differences out with controversial programs.

Elementary school boys are taught to massage each other with lotion to learn how to have “gentle hands”, and are also taught to play while looking after babies with gender-neutral rag dolls.

While boys participate in female stereotypes, girls participate in boy ones. In the schools that practice what is known as the Hjalli teaching model, girls are taught to scream, be rowdy and climb trees. If a young girl breaks down and tries to cry—this is discouraged as their emotions make them weak according to the teachers.

“People find this a bit ruthless but we’re making women weaker by not stopping them,” said Cardew to NBC News, explaining that crying was an “extreme weakness” of girls.

As for the boys in the report, Cardew had lit candles and drawn the blinds of their minimalist classroom. At other stations around the room, boys styled each other’s hair, painted on nail polish or gave each other full-body massages, according to the report.

The Hjalli model was founded by self-described radical feminist Margrét Pála Ólafsdóttir who holds no punches when describing why she does what she does.

“The best way to get closer to equality is to admit the differences,” Ólafsdóttir said.

But many argue that this goes far past merely admitting differences and this model moves to eradicate them through social re-engineering.

If this sounds like something out of “Brave New World” by Aldous Huxley, it should. In the dystopian future in the book, sex is all but eradicated and no longer serves a purpose for procreating life. Instead it is all pleasure, everyone is equal—according to their government assignment—and breeding humans is a function of the state.

Ólafsdóttir, 60, thinks that children must be discouraged from their natural tendencies as they risk slipping into what she calls the “blue and pink haze.”

According to Ólafsdóttir, as NBC reports, girls’ sensitivity and caring natures can turn into self-pity and victimhood, while boys’ strength and power can become aggression or even violence.

Highlighting the problem with this program is the fact that the children are actively resisting it. And, a study commission by Ólafsdóttir herself found that it merely “increased gender equality awareness” more than the schools who didn’t teach it. It also found that children were more willing to tell their parents how to be parents by sharing responsibility.

Also, as NBC reports, Berglind Gísladóttir, a co-author of the report, said not all its findings were positive. She highlighted that by fifth and sixth grade students’ attitude to reading was poor as they tended to find it boring.

What’s more is the fact that the program hasn’t evolved in over 30 years despite producing very little results and Ólafsdóttir has been accused of trying to change children’s sexuality.

The good news for those wanting gender equality is that it is happening without this controversial model in Iceland. In the U.S., women’s participation in the labor market has nearly doubled, from 34% of working age women (age 16 and older) in the labor force in 1950 to almost 57% in 2016.

Pay for women is going up too. Because the societal norm was for women to stay home for such a long period during the 20th century, when they did begin to enter the workforce, they had major challenges in front of them—including misogynist workplaces who shunned them. However, as the statistics show, women are really good at fighting these challenges and succeeding in what was once a male-dominated workforce.

If you are a man and you feel threatened by this, you are part of the problem. What this shows is that society is finally looking at people without stereotyping them and people are earning the pay they deserve based on merit, not sex.

“Since 2000, one-third more women than men have graduated from college, and more women are earning graduate degrees, too,” reports Fast Company, using data from a Pew Research study. “Even once-male bastions such as law school are seeing the change.”

“Millennial women are so outpacing men in higher education that it’s inevitable they will become their generation’s top earners,” the article goes on to say. “With greater education comes greater wealth. At this rate, young women’s wages will overtake men’s by 2020.”

Overall, 57 percent of men earn $50,000 or more annually, while only 42 percent of women earn the same. The Pew Research Center reports, though, that compared with the median hourly earnings of 25- to 34-year-old men, the earnings for women of the same ages have increased from 67 percent in 1980 to 90 percent in 2015.

What’s more, the number of stay at home dads has shot up significantly in recent years, nearly 100%over just three decades. And all of this is happening without forcing equality through stereotypical practices.