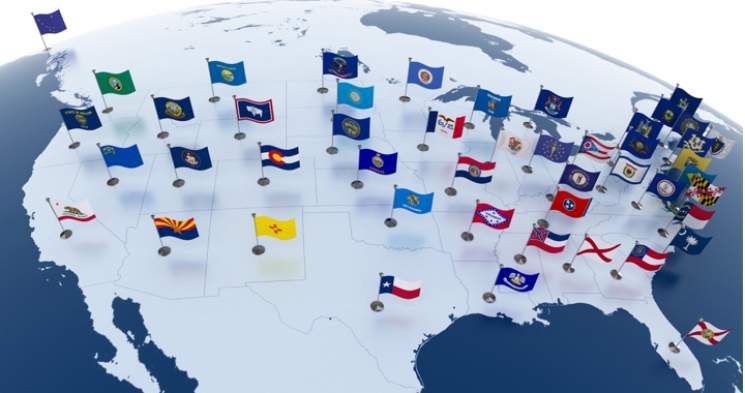 You may recall our founding fathers, Thomas Jefferson and James Madison. Both men were instrumental in the writing of our founding documents. Jefferson was the author of the Declaration of Independence while Madison was the main author of the US Constitution. Both men proposed legislation in their various legislatures in Kentucky and Virginia that would use “nullification” and “interposition” to guard against unlawful “laws” made by the federal government.

Many states have chosen to ignore the unconstitutional drug laws the federal government has created, as well as others.

In a piece on modern-day nullification by the states, Steve Byas of The New Americanlists several examples of how the states have nullified federal law and practiced the very thing against tyranny that our founding fathers believed in. It’s time the rest of the states follow suit with a plethora of nullification of any and all gun laws, laws that violate our rights to due process, freedom of speech, freedom of exercise of religion and freedom to assemble, just to name a few.

A good modern example of this use of nullification is a bill introduced in the Hawaii Senate to ban the use of “stingrays.” Stingrays are devices that spoof cell phone towers, tricking devices within range into connecting with the stingray instead of an actual cell tower. This allows law enforcement to essentially violate the Fourth Amendment’s ban on unreasonable search and seizure. Under the proposed law, Hawaii law enforcement officials would be forced to obtain a warrant before listening to any conversations captured by the devices.

The federal government has financed most of the stingray programs in the states. Sold originally as a way to combat “terrorism,” the program is mostly used for routine criminal investigations — all without a warrant and probable cause.

But by placing these restrictions on stingrays or by banning their use, state and local governments can severely limit the data available to federal law enforcement. The bill (SB 465) is presently in committee, awaiting hearings and a vote.

In the Arizona House of Representatives, a bill by Rep. John Fillmore would require a criminal conviction before prosecutors could seize a person’s property under what is known as civil asset forfeiture (CAF). Under CAF, law enforcement officers often take someone’s property, without a criminal conviction, or sometimes without even charging the person with any crime. They circumvent the Fifth Amendment with the argument that it is the property, not the person, being punished.

Because of this, state legislatures have begun to restrict or even abolish CAF; however, under a federal program known as “equitable sharing,” state and local prosecutors can avoid state laws by passing the cases off to the federal government. The feds then seize the property and “share” it with the local authorities. In 2017, Arizona curtailed this practice by forbidding any law enforcement in that state from entering into such agreements with any federal agency. The latest legislation in that state (HB 2072), which requires a prior criminal conviction before assets can be seized, is awaiting action in a committee.

In West Virginia, HB 2684 would repeal all taxes on gold and silver specie, thus treating it as money, and not just a commodity. The U.S. Constitution actually states, “No state shall … make any thing but gold and silver coin a tender in payment of debts.” The purpose of this legislation is to break the monopoly of Federal Reserve notes in West Virginia.

The bill has been referred to the House Finance Committee, where it is awaiting further action.

The Constitution delegated no power whatsoever to the federal government over laws regulating marriage and divorce, but federal courts decided in recent years to force the states to issue marriage licenses to same-sex couples.

A bill filed in the Oklahoma House of Representatives would end the government licensing of marriages, which would, in effect, nullify these odious court decisions. HB 2235 by Rep. Todd Russ (R-Cordell) would terminate the issuance of marriage licenses by the state, and instead provide the recording of marriages, with the issuance of certificates, simply recognizing that a couple has agreed to enter into a marriage contract.

Listen to the rest of his piece below.

This is the proper role of local and state governments when the federal government has usurped authority and began to write legislation that undermines the rights of the people, the US Constitution and the laws of God.

Who will be next?