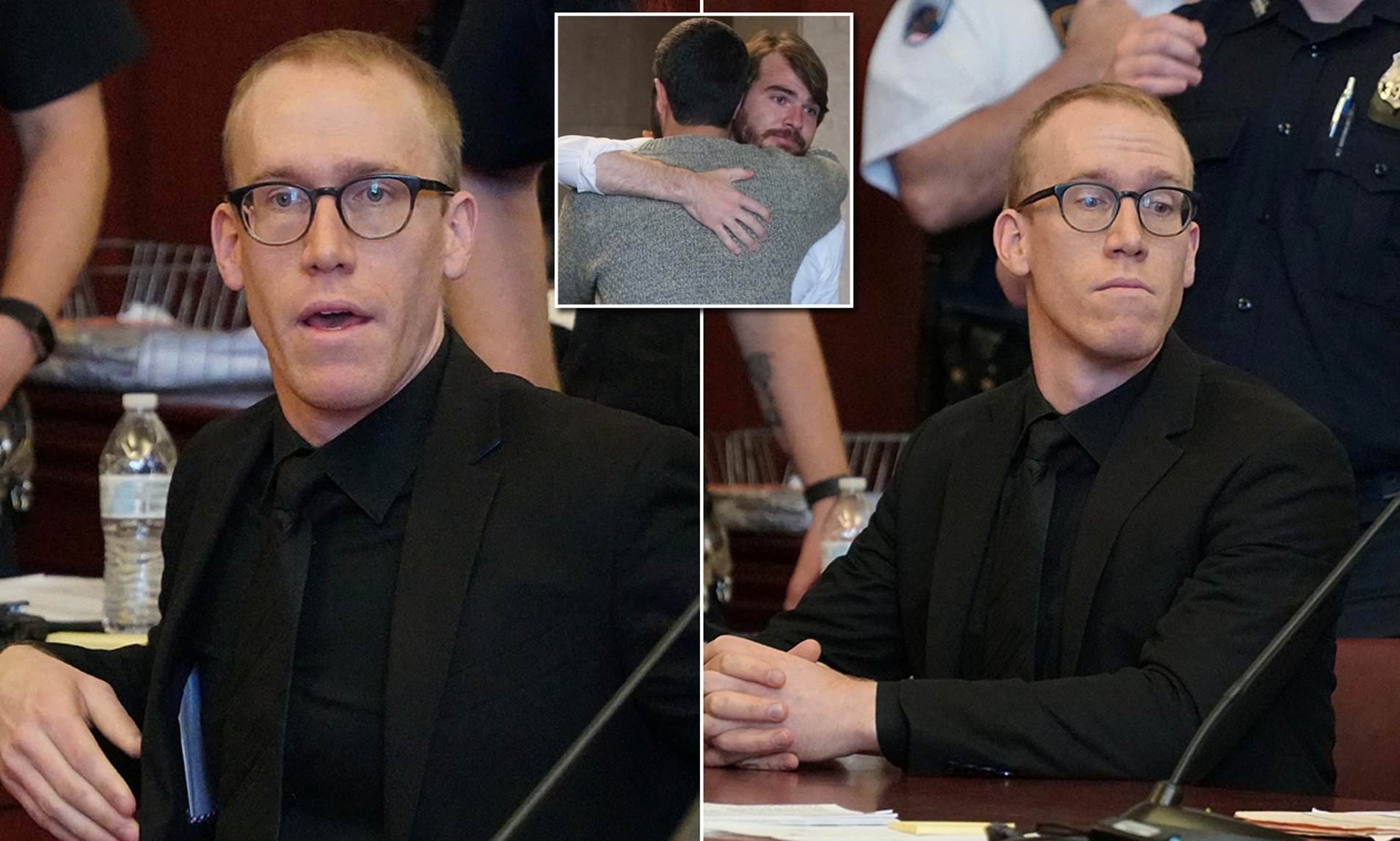 With all of the talk of Jews continuing to vote Democrat in this country, this is way over the line.

There is political preference and there is evil.

A fundraiser for a convicted Antifa felon?

An Antifa street thug was sentenced Wednesday to 18 months in prison for the beatdown of a Trump supporter after a right-wing event at a Manhattan club.

David Campbell, 32, pleaded guilty in September to two counts of felony assault for pummeling a 56-year-old man as he left A Night for Freedom party organized by conservative activist Mike Cernovich.

Manhattan prosecutors say that Campbell followed the victim from the Hell’s Kitchen venue Jan. 20, 2018, and punched and choked him. Campbell was one of about 80 Antifa protesters demonstrating outside the event.

Cernovich told The Post after Campbell took a plea deal, “Now that the criminal case is closed, I will also be taking legal action against Mr. Campbell and his confederates. It is time to find out who is funding Antifa.”

Here’s a promo for the concert to support this thug. 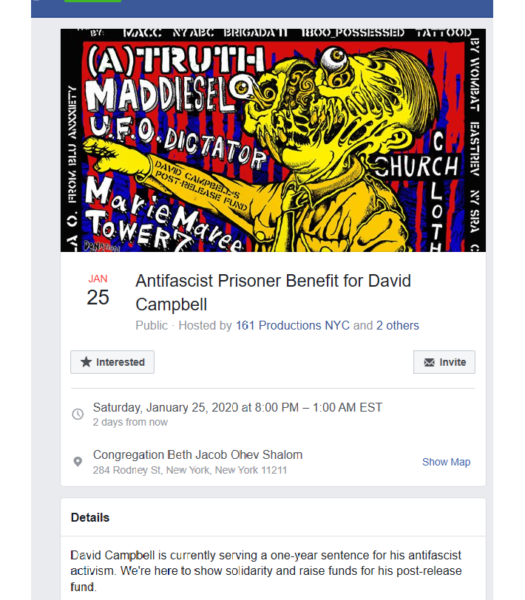 Congregation Beth Jacob Ohev Shalom in Williamsburg, Brooklyn will be hosting one of the largest gatherings of “antifa” in New York City in recent memory this Saturday.

The event is being headlined by “antifa” punk band (A) Truth, whose lead singer and drummer Christian Erazo also runs its sponsors “EastRev” (an anarchist punk record label) and “Brigada 71,” a soccer hooligan gang affiliated with the New York Cosmos.

Interestingly, a New York chapter of the Socialist Rifle Association will also be recruiting. Draconian laws in NYC make it almost impossible to own any kind of firearm. The SRA is a communist militia group that gained notoriety after it emerged that the Dayton mass shooter, Connor Betts, was an active member.

The groups are coming together to raise money for left-wing extremist David Campbell, who was sentenced last October to 18 months in prison for a brutal unprovoked 2018 assault against a middle aged man attending a Trump-themed event in Manhattan.

The decision of a Synagogue to invite soccer hooligans to host an “antifa” punk rock concert featuring bands with lyrics calling for terrorism and murder to raise money for a violent criminal makes their claims of feeling unsafe suspect, to say the least. None of the organizations involved are hiding what they’re about.

Read it all at National Justice…

What is wrong with this picture?

There surely have been some bad Jews in the news on occasion.

There are good and bad in all faiths but this NYC Synagogue surely is shining a negative light on their brothers and sisters worldwide.

A place of worship is hosting a fundraiser for a convicted felon.

He wasn’t even convicted by a jury trial.

When people of faith and houses of worship begin to embrace and endorse the violence, what hope does America really have?