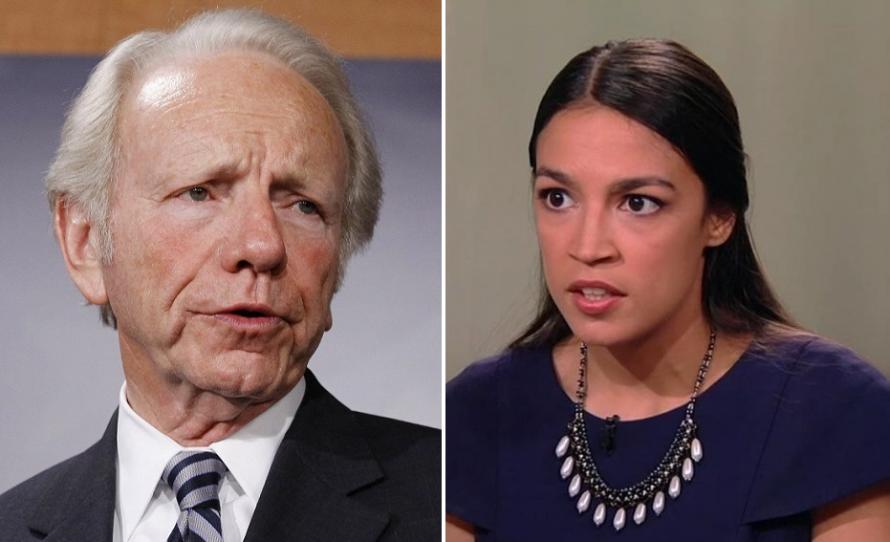 Former Senator, and VP candidate, Joe Lieberman has penned a scathing piece in The Wall Street Journal which encourages Democrat voters to vote against Ocasio-Cortez in the general election:

Because the policies Ms. Ocasio-Cortez advocates are so far from the mainstream, her election in November would make it harder for Congress to stop fighting and start fixing problems.

Ms. Ocasio-Cortez is a proud member of the Democratic Socialists of America, whose platform, like hers, is more Socialist than Democratic. Her dreams of new federal spending would bankrupt the country or require very large tax increases, including on the working class. Her approach foresees government ownership of many private companies, which would decimate the economy and put millions out of work.

In summary, Lieberman is saying she is too far left for the leftists. Lieberman is recommending that Democrats vote for establishment incumbent Joe Crowley who Ocasio-Cortez defeated in the primary.

It seems Joe Crowley will be on the ballot as the endorsed candidate of the Working Families Party.

In 2006 Lieberman was out of grace with the Democrats and won a 4th term as an Independent.

He believes Joe Crowley can do the same.

The New York Post is reporting that Ocasio-Cortez is ruffling the feathers of more than just Lieberman.

All sorts of Democrats are sounding the alarm. They seem to get what Ocasio-Cortez’s pseudo-Marxist agenda represents for the party.

They range from the former speaker, Nancy Pelosi, to Congressmen Alcee Hastings of Florida (“meteors fizz out”) to Bill Pascrell of New Jersey (“she ain’t gonna make friends”), to name a few.

Is Civil War brewing with the Democrats?

Like a Tom Cat that’s about to make a meal of a new kitten, Joe Lieberman is proving once again how Democrats tend to eat their own.