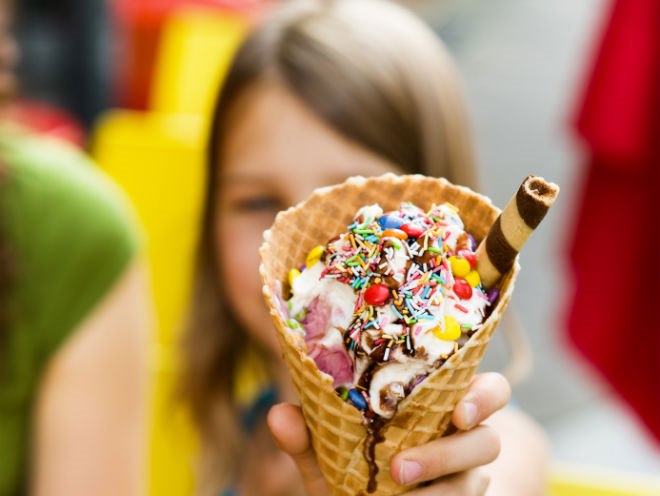 (Natural News) In America, there’s basically only one industry that would prosper from everyone being healthy, and that’s the organic food industry. About a century ago, all food in America was naturally organic because farmers and corporations weren’t using chemical pesticides on the crops, and they weren’t juicing up livestock with drugs. All of that has changed. The biggest source of revenue in America has to do with consumers getting sick from the food and staying sick from the medicine, meanwhile other developing countries try to help their citizens stay healthy, by banning known toxins and carcinogens from the food and medicine supply.

Welcome to America, home of adulterated food and chronic sick care, where the corrupted FDA and the CDC purposely deregulate the poisons put in food that other country’s regulatory agencies, like the European Union, consciously filter out and ban.

Most American carnivores want their meat and never give its ingredients a second thought. From bacon, turkey, and ham to steak, chicken, and burgers, U.S. consumers grab, chew, and swallow drugged up carcasses, fueling their own chronic sicknesses, including cancer.

The European Union (EU) bans bovine growth hormone (rBGH) that the U.S. dairy industry pumps into the cows to make more milk and dairy profits. Meanwhile, U.S. cows suffer udder infections from producing way too much milk, so they need antibiotics to fight off those infections and reduce the pus. Plus, rBGH increases human risk of prostate and breast cancer, but what media channels or medical doctors ever warn anyone about that?

The EU also bans ractopamine, a dangerous hormonal drug that “beefs up” (pardon the pun) cows, turkeys, and pigs right before slaughter (and lowers their fat content). Those drugs rush through the body of the animals when they realize they’re about to be killed, and become lodged in the tissue Americans eat, later fueling cancer tumors. No medical doctors in the U.S. are ever allowed to discuss this with their patients.

Ractopamine is NOT safe for human consumption. The FDA lies. Hundreds of countries find American meat too gross to swallow, knowing it’s tainted. Even China bans the chemical ractopamine, but most American omnivores have never even heard of it. Can you say “fast food drive through” without gagging?

It’s so cool to go to some Italian restaurant and watch pizza makers sling that dough around over their head before crafting your pizza, huh? How does that work? The dough is conditioned with chemicals that keep it gooey and soft. It’s also not naturally white – that’s the bleach at work. When that kind of bread is baked, the chemicals break down to form new chemicals, ones that cause cancer tumors and burn your epithelial tissue in your pancreas, liver, kidneys, prostate, and bladder.

The European Union bans azodicarbonamide (ADA), that dough conditioner that breeds cancer in animals. The European Union, Canada, Peru, China, and Brazil all ban bromated flour, another known carcinogen, used to strengthen dough and help it rise. In America, these chemicals help the cancer industry and its investors (Big Food, Big Pharma and politicians) make a fortune off ignorant consumers.

A flame retardant chemical that most countries ban from their foods and beverages is heavily used in the United States as a flavor enhancer. Brominated vegetable oil is a known endocrine disruptor that also causes reproductive issues, behavioral problems, and functions as a central nervous system depressant.

Subject to severe restrictions in just about every developing country except for the USA, BHA and BHT are widely used in American products in order to make the cancer industry a fortune. Because most American consumers do little-to-no research on what they shove down their throats as “food,” they have no idea that even the U.S. government has issued a report on carcinogens that listed BHA as “reasonably anticipated” to be a human carcinogen.

#5. Food dyes that are chemicals, coal-tar-based, industrial, and petroleum-based

Check those yellow food dyes #5 and #6, and watch out for that red dye #40. In Europe, foods with these chemical dyes must carry a warning about how they adversely affect attention and activity in children. Can you say ADD and ADHD without jumping out of your seat? Your kids probably can’t. Medical doctors in America are paid to sling chemical drugs for ADD and ADHD (that make matters worse) and never tell parents about these harmful food dyes.

You can find these behavior toxins in millions of products across the U.S., including candy, drinks, desserts, over-the-counter medicine, prescription pharmaceuticals, and even in many vaccines. How absurd is that?

Sure, inject our babies and children with toxic food coloring, then have the medical doctors prescribe dangerous, experimental, addictive drugs for their “behavior problems” caused by the food. What a crooked crux.

Read Chemicals.news for more updates on the chemicals used in foods across America.