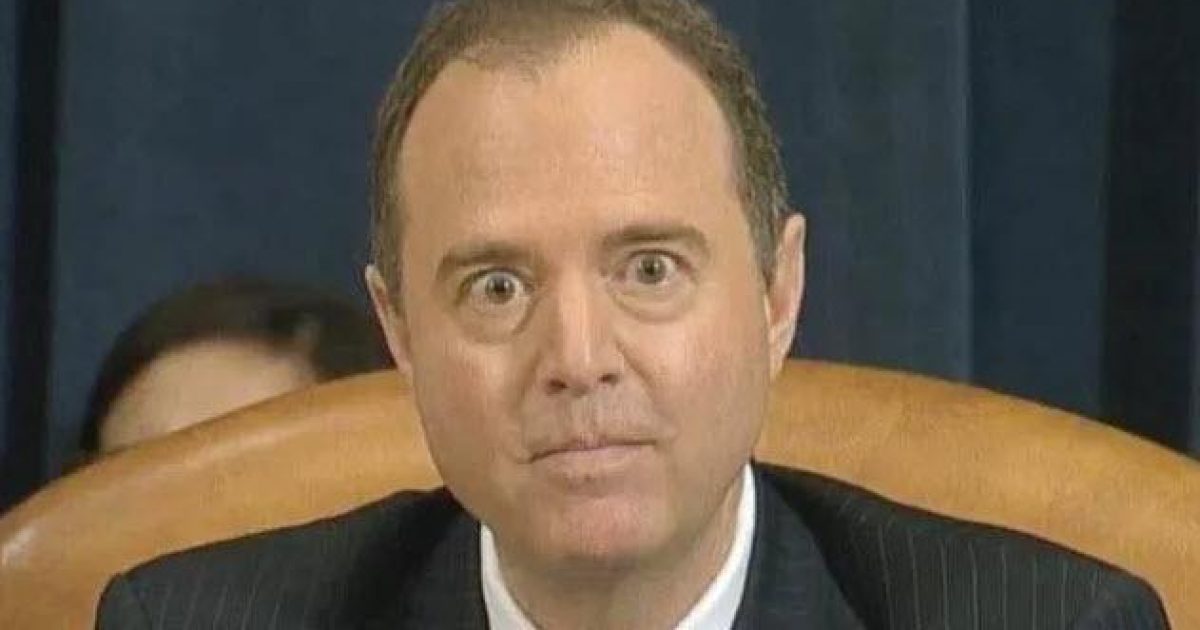 According to a letter that was sent to Schiff and was obtained by Fox News:

GOP Letter to Schiff by on Scribd

President Trump took it even a step further then Republican leaders, calling on Adam Shifty-Schiff to be forced to resign from Congress.

“He’s made some pretty outrageous comments that Mueller could not verify, Graham said. “He’s getting into conspiracy land and he’s acting like an Oliver Stone type figure. That to me is not helpful to him but I’m not going to ask him to resign for Congress.” (source)

Schiff told the Washington Post AFTER the release of the Mueller Report that: “Undoubtedly, there is collusion.”

Schiff in his own defense went on to say that there was Russian hacking in the 2016 presidential election and that; members of Trump’s family met with Russians.

There is one problem here: Russian hacking is not in any way Trump’s fault; Trump does not control Russia. Secondly, Trump family members meeting with Russians over a business deal, or even looking for information on Hillary Clinton is not collusion nor was it illegal.

Remember when Adam Schiff spoke to “supposed” Russian agents that told him Putin had naked pictures of Trump? Then Schiff had his staff emailing back and forth with these “agents” to collect these imaginary pictures. Was this by Democrat standards collusion with the Russians too? NOPE.

Adam Shifty-Schiff as well as the better part of the Politicrats cannot accept the results of the Mueller report – NO Collusion. The Senate and House investigations came up with the same results. Mueller’s investigation was staunchly defended by The Dems while it was in progress, but since the Politicrats did not get the result they desired; Trump is guilty, they refuse to accept the conclusions of Mueller’s report.

These actions and statements on the part of the Democrats are straight out of the Politicrat playbook; attack and destroy, lie, collude, cover up, and misrepresent the facts. Anything it takes to bring down Donald Trump – the Politicrats hatred of Trump overrides anything else in the Politicrat agenda. There is absolutely no concern for the Constitution, the country or the people of this nation. The Democrats are all about winning, all about keeping power, and all about destroying President Donald Trump. Unfortunately, the treacherous national media is standing shoulder to shoulder with the Politicrats and are willing to do anything it takes, even lie and make up stories to trash and bring down enemy number one, Donald Trump.

“Democrats aren’t going to be intimidated by the White House or Congressional Republicans, we’re not going to be distracted from securing the release of the full Mueller report and the underlying evidence, and we will continue to pursue legitimate oversight because that’s what the Constitution requires (source)

The other side of all this that really bothers this author is that the gut-less Republicans have sat back and allowed all this to happen while Trump has stood mostly alone taking on all comers.

It is high time the Republicans stand up and seriously pursue criminal charges and indictments for those guilty in this illegal witch-hunt instead of merely putting on a good show with their mouths.

Tough talk means nothing, there needs to be action – the American people deserve no less.

The Politicrats have been getting away with crimes even up to and including treason. The refusal by those in authority to pursue and punish these people for their crimes only emboldens them to continue to commit crimes because they all know that there will be no consequences. If you are a Politicrat, you can say and do anything you like with impunity.