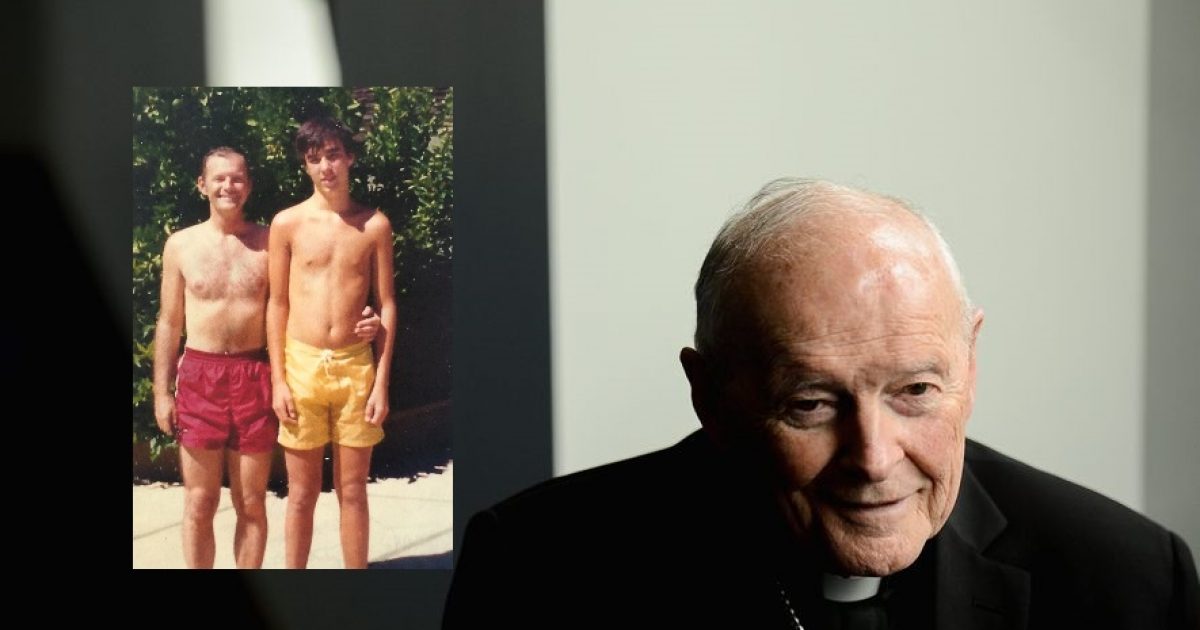 After being removed from ministry in June, American Roman Catholic Cardinal Father Theodore E. McCarrick is facing several accusations of sexual assault against teen boys and having “dozens’ of sexual relationships with young men over decades, and covering it up.

McCarrick, the former archbishop of Washington and a prominent Roman Catholic voice in international and public policy, was removed from his position after an investigation seemed to provide substantial evidence that he had sexually abused a teenager 47 years ago when he was a New York priest.

According to the Archdiocese of New York:

As he himself announced earlier this morning, a report has come to the archdiocese alleging abuse from over forty-five years ago by the now retired Archbishop of Washington, Cardinal Theodore McCarrick, who, at the time of the reported offense was a priest here in the Archdiocese of New York. This was the first such report of a violation of the Charter for the Protection of Children and Young People ever made against him of which the archdiocese was aware.

Carefully following the process detailed by the Charter of the American bishops, this allegation was turned over to law enforcement officials, and was then thoroughly investigated by an independent forensic agency. Cardinal McCarrick was advised of the charge, and, while maintaining his innocence, fully cooperated in the investigation. The Holy See was alerted as well, and encouraged us to continue the process.

Again according to our public protocol, the results of the investigation were then given to the Archdiocesan Review Board, a seasoned group of professionals including jurists, law enforcement experts, parents, psychologists, a priest, and a religious sister.

The review board found the allegations credible and substantiated.

The Vatican Secretary of State, Cardinal Pietro Parolin, at the direction of Pope Francis, has instructed Cardinal McCarrick that he is no longer to exercise publicly his priestly ministry.

So, what exactly happened? There are at least two New York Times’ pieces with multiple accusations against McCarrick.

From the NYT piece in June, it was reported:

The man whose allegations led to the downfall of the cardinal is now a 62-year-old businessman who is married and lives in northern New Jersey, his lawyer, Patrick Noaker, said in an interview. The victim wished to remain anonymous, Mr. Noaker said.

The abuse, he said, started in 1971, when the young man had just turned 16 and was a student at Cathedral Prep Seminary in Manhattan and planning to become a priest. He was selected to serve at the Christmas Mass at St. Patrick’s Cathedral, a great honor, and as part of that, was called in to be measured for a special cassock. In the sacristy at the cathedral, Cardinal McCarrick, then a monsignor who was the secretary to Cardinal Terence Cooke, personally began to measure him.

The monsignor, “under the guise of measuring his inseam, unzipped his pants, and sexually assaulted him,” Mr. Noaker said. “The kid had just turned 16, and kind of pulled back, and McCarrick was a little surprised by that.”

“Let’s not tell anyone about this,” the monsignor told the student, according to Mr. Noaker.

Over the following year, Monsignor McCarrick occasionally saw the teenager and told him how good-looking he was. The young man was again selected in 1972 to be a Christmas Mass altar boy, and vowed to be more cautious this time, his lawyer said. Another man did the measuring, but Monsignor McCarrick was there and cornered him in a bathroom, Mr. Noaker said.

“These were significant sexual assaults,” Mr. Noaker said. “If someone like that is running an entire archdiocese, what does that mean for predators in the diocese? It probably means that they have secrets that they keep.”

The problem is not just with McCarrick. It’s with the Roman Catholic Church itself.

Robert Hoatson, a former New Jersey priest who now runs Road to Recovery, an organization that helps victims of abuse by clergy, said that McCarrick’s sodomite desires for young male seminarians and priests was known to the Archdiocese in the 1990s. so, why wasn’t something done then? Probably for the same reason the Roman Catholic Church has tried to bury the sexual debauchery of its clergy and popes throughout its history, and in modern times, the homosexuality the has been cultivated among its priests.

The Times reported that a former priest, Robert Ciolek, had received an $80,000 settlement in 2005, in part over allegations that Cardinal McCarrick, as a New Jersey bishop in the 1980s, had sexually harassed and inappropriately touched him. Another former seminarian received a $100,000 settlement for similar allegations in 2007.

Still, the NYT gave a second report on another accuser of McCarrick’s last week.

James was 11 years old when Father Theodore E. McCarrick came into his bedroom in Northern New Jersey, looking for the bathroom. Father McCarrick, then 39 and a rising star in the Roman Catholic church, was a close family friend, whom James and his six siblings called Uncle Teddy. James was changing out of his bathing suit to get ready for dinner.

“He said, turn around,” James, who is now 60, recalled in an interview last week. “And I really don’t want to, because I don’t want to show anybody anything.” But he did, he said, and was shocked when Father McCarrick dropped his pants, too. “See, we are the same,” James said he told him. “It’s O.K., we are the same.”

It was the beginning of a sexually abusive relationship that would last nearly 20 years, James said in the interview, the first time he has spoken publicly about the trauma. He asked that his last name be withheld to protect a sibling.

When James found out that McCarrick was ousted from his position last month, he said while weeping, “I got down on my knees and I thanked God that I am not alone and it is going to be O.K. And I can tell somebody and someone is going to believe me.”

James had told his parents what happened but they didn’t believe him, but the family moved to California where “Uncle Teddy” would continue to visit them.

The sexually abusive relationship continued even after James entered the Navy as he would go to McCarrick’s home where others had claimed to have engaged in McCarrick in sodomite practices. Of course, if you are like me, you begin to wonder at what point James would put his foot down and say no, although there is a mindset that some people get into with those who abuse them.

Not surprisingly, McCarrick, 87, denies that allegations against him. In a statement, he wrote:

While I have absolutely no recollection of this reported abuse, and believe in my innocence…I am sorry for the pain the person who brought the charges has gone through, as well as for the scandal such charges cause our people.

OK, it wasn’t exactly a denial was it? It was more like a Hillary Clinton “I have no recollection” statement more than an emphatic, “No, I didn’t do that” statement.

Writing for The Free Thought Project, Jack Burns said that the story of McCarrick seemed “horrifically reminiscent of the abuse young girls claim to have experienced while attending a Baltimore Catholic school for girls at the hands of Father Joseph Maskell.”

“Chronicled in a Netflix documentary called “The Keepers,” Joseph Maskell would call girls into his office for physical examinations, which ultimately led to sexual abuse,” Burns added.

While I’m glad the RCC pulled McCarrick from ministry, it should be concerning to everyone that they allowed him to hold a position of authority for decades, knowing that he was a sodomite and abuser of young boys and men. However, this is par for the course for the RCC. Members of its hierarchy should be arrested and charged with being complicit after the fact in many of these crimes. However, one wonders if any of these priests will ever face justice in this life.

One thing is for certain, unless they repent, they will most definitely face it in full measure when their life here is over.