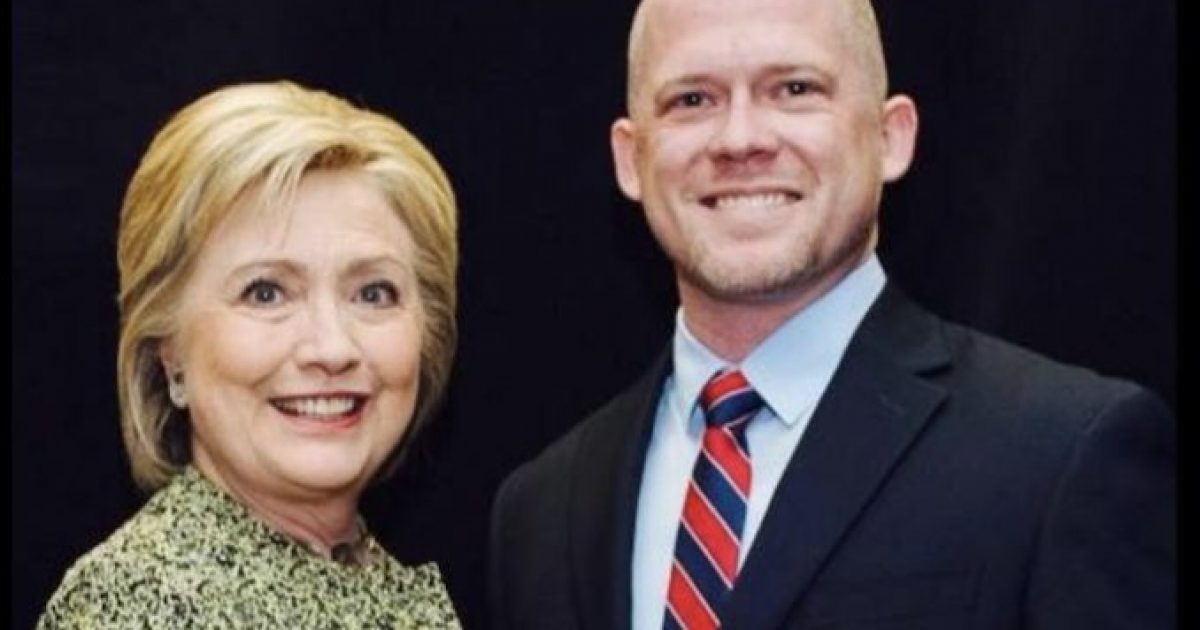 Harold “H.L.” Moody was arrested back in November 2018. Yet, virtually nothing of the story, considering his work with Hillary Clinton and being photographed with both Mrs. Clinton and her husband Bill, has reached the national media. Or more than likely it has, they’ve just buried it to give you what the state and corporations want you to hear about, and probably because it happened in Arkansas.

HSI [Homeland Security Investigations] was conducting an undercover investigation into child exploitation chat rooms when agents discovered an individual under the username “B-Zone”, who was later identified as Moody, distributing child pornography.

The undercover agents involved in the investigation observed Moody in these chat rooms on at least five occasions.

The filed complaint document reads that on three occasions Moody was scene on video holding a glass smoking pipe that is often used for smoking methamphetamine.

According to the complaint affidavit, on August 29, 2018, Moody was present in a chat room when child pornography was being displayed. Agents observed Moody in the chat room, via his webcam. Moody’s face was clearly visible and the undercover agent observed what appeared to be an office setting in the background.

That same day, undercover agents again observed Moody in a chat room where child pornography was being displayed. Moody appeared to be in the same office.

Of course, his addiction drove him further into viewing images and videos of child pornography.

According to the filed criminal complaint, the chat room, called “Application A”, is described as an Internet-based video conferencing application used by persons interested in exchanging child pornography and/or sexually abusing children.

On September 7, 2018, Moody was again visible on camera and observed in the chat room actually distributing child pornography.

Among the images that officials say Moody distributed was a video depicting a man with two boys.

According to the complaint, Moody then follows the video with the following chat message sent to all participants of the chatroom: “not the version i thought.” Another user requests, via chat message, that Moody play more videos. Moody responds via chat message, “I’ve heard of White privilege but never Perv privilege – i am not the Juke Box at Waffle House…I do not play on demand…”

Here’s how they confirmed his identity.

According to the filed complaint, On September 10, 2018 and September 21, 2018, special agents served a subpoena of the owners of “Application A” requesting the internet protocol (IP) logs for dates August 29, September 7, 9, and 24. Investigators were informed that Moody under the username “B-Zone” was utilizing a virtual private network to mask his IP address.

However, the owners of “Application A” provided billing and subscriber data that investigators were able to match through Moody’s Entergy Services.

Moody was also identified through photos on Facebook, where he was seen wearing the same shirt on “Application A” and positively identified by his Arkansas driver’s license photo.

Moody has pleaded not guilty.

Patrick Howley reports on Moody and the DNC:

Moody was spokesman for the Democratic Party of Arkansas during the 2016 election and was previously the chairman of the Pulaski County Democratic Committee.

In his capacity as state Democrat Party spokesman, Moody oversaw the selling of tickets to a Hillary Clinton fundraiser in July 2015.

Moody not only praised Clinton after her miserable defeat in 2016, but also said that the election of Bill Clinton was what inspired him to get into politics. One has to wonder what exactly inspired him given that Clinton was known for raping women and having sex with interns in the Oval Office, as well as treasonously selling American technology to the Chinese.

“I think Secretary Clinton summed it up best when she said (at a charity gala on Nov. 16) that there were days when she wanted to curl up and never leave the house. I totally get that, but, as somebody that pays the electric bill by working in politics, I just don’t have that luxury. Also, the longer I am lying down and feeling bad, the longer they can say the DPA is dead, and that’s simply not the case,” Moody said in an interview with the Arkansas Times.

“But then in 1992, when [Bill Clinton], who I had met at the duck calling contest in Stuttgart many times, was running, it suddenly became, almost in a way, personal for me,” he added. “I think I was 12 or 11 at that point, so there wasn’t much I could do other than watch and learn. What I remember most is on election night, when [Clinton] won, I saw the live television footage of downtown Little Rock and the celebration and I knew I should have been there, that that was exactly where I was supposed to be. I guess since then I’ve been trying to get back to that place.”

Moody was not the only person serving at Pulaski County Youth Services who was arrested due to some involvement with children.

In 2017, George Edwin Haney was arrested on November 11, 2017, and charged with the rape of a 14-year-old boy. Not only was he involved with Pulaski County Youth Services, but he was also the director of a county after-school program at Second Baptist Church on John Barrow Road in Little Rock.