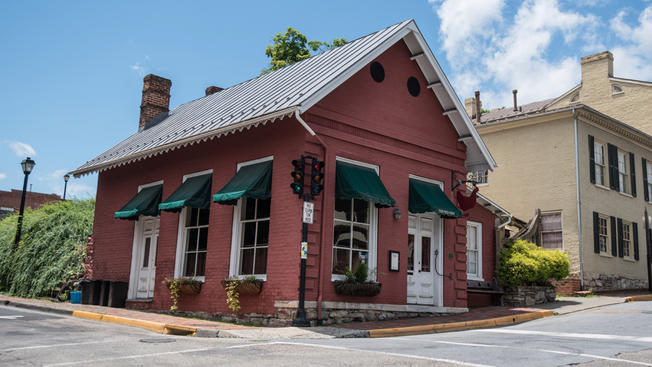 Lexington, Virginia is learning that lesson.

Lexington is the home of The Red Hen Restaurant where, last June, the owner, Stephanie Wilkinson, refused to serve White House Press Secretary Sarah Sanders and her in-laws because of President Trump’s policy on illegal border-crossers.

Wilkinson was so unhinged that she actually followed Sanders’ in-laws to another restaurant and staged a protest outside while the in-laws — who, irony of irony, are Democrats — were dining.

Alison Graham reports for The Roanoke Times, Sept. 2, 2018, that Rockbridge Regional Tourism is comprised of Lexington, Buena Vista and Rockbridge County, with Lexington bringing in the largest number of tourists.

Last Thursday, the Rockbridge Regional Tourism (RRT) board met with the Lexington City Council to discuss tourism initiatives and numbers. Evidently, the tourism numbers are bad because the board approved a recovery plan to use emergency funds to boost its marketing and spread positive messages of the area, especially Lexington, to combat the slew of negative national media coverage because of The Red Hen restaurant.

The RRT receives 0.8% of the lodging and meals tax collected from each locality. About 20% of its annual $800,000 budget is put into a reserve for emergencies, which is usually saved. But the RRT board agreed the region is in desperate need of positive coverage after The Red Hen incident. The plan is to spend an additional $5,000 per month from July through September to boost the region’s image.

RRT’s Director of Marketing Patty Williams said the area is still feeling effects from “the controversy”. During the immediate aftermath of the Red Hen incident, the tourism office received thousands of phone calls and emails. Last Thursday, the RRT received a letter from a family in Georgia who said they would never come back to the area because of what happened. “For a town our size, it was a significant impact,” Williams said.

The tourism office also decided to conduct a perceptions survey in its top four markets — Roanoke, Richmond, Norfolk and Washington, D.C. The office is working with a survey company to find frequent travelers living in those areas to answer questions about whether they recall the incident, where it took place and whether it would affect their decision to travel there. A total of 400 people will be surveyed.

Williams said the responses to the survey will help indicate where marketing money should be spent and what kind of messages need to be sent out: “We would certainly try to portray ourselves as a friendly, welcoming place. And focus our marketing toward accomplishing that goal.” RRT has a new video in the works that will feature that message.

The Red Hen Restaurant, at 11 E Washington St, Lexington, VA 24450, was closed for two weeks after its owner’s disgraceful treatment of Sarah Sanders. It is re-opened; the hours are Wed-Sat 5 pm to 9:30 pm.