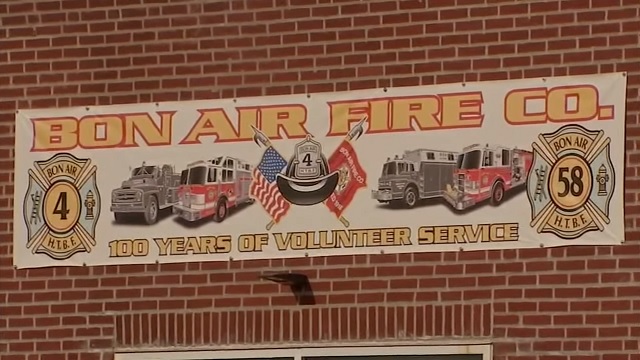 Haverford Township’s Board of Commissioners would rather their citizens die in a fire than be saved by anyone affiliated with the pro-Western civilization group the Proud Boys.

A day after Haverford Township officials shut down the Bon Air Fire Company for not parting with a volunteer who had tried to join the far-right men’s group the Proud Boys, the company issued a statement Thursday defending the firefighter and its decision to keep him.

Bon Air said Thursday that the volunteer, who has been identified as Bruce McClay Jr., had done nothing wrong as a firefighter and was exercising his “right to freely assemble and to freely associate with others.”

Bon Air’s list of members, now pulled down from its website, indicated McClay was a lieutenant and vice president of the board of directors.

“While the volunteer attended some social gatherings of the outside organization, the volunteer ultimately decided, after he learned more about the group’s beliefs, that he did not wish to become part of the organization,” Bon Air said in its statement. “He never attended any rallies or protests, and he disassociated himself from the group more than one year ago. He has broken no law and committed no crime.”

McClay, the statement continued, “has not made any statements to his fellow volunteers or posted any statements on social media in support of the views of the outside organization or which reflect poorly on his ability to faithfully carry out the duties of his position to Haverford Community.”

Thought crimes are the ultimate crimes.

Here’s their statement in full: This all started because an antifa activist reported McClay to the thought police for a thought crime:

The controversy surrounding McClay began in mid-August, when an antifascist activist notified Haverford officials of the volunteer’s association with a local chapter of the Proud Boys, who advocates for “closed borders,” “anti-political correctness,” and “venerating the housewife.” In the past, the group’s leadership has denied valuing white supremacy, although members have shared white nationalist content.

About a month ago, I exposed a Proud Boy firefighter in Havertown, PA.

The fire company refused to remove him.

After they learned of McClay’s involvement with the Proud Boys, township officials questioned the volunteer, who acknowledged that he had been trying to join the Proud Boys. He also told them he had attended “several social events” and passed two of the four steps required for membership.

The township said McClay attempted to resign from Bon Air, but the company’s board refused to accept his resignation.

On Aug. 22, Bon Air’s lawyer emailed Haverford’s solicitor, saying the company’s board had met, discussed the issue, and “found no basis for terminating the volunteer’s membership.”

The township’s response was to shut down the company on Wednesday.

“Whether you’re a police officer enforcing the law or whether you’re a fireman going into people’s homes, we expect a level of conduct, and I don’t think this is a close call,” Larry Holmes, vice president of the Havertown Township nine-member Board of Commissioners, said Wednesday. “We’re not talking about punishing people for political beliefs. We’re talking about an association with an organization demonstrating and responsible for political violence, and espousing views that are antithetical to America.”

The McClays, Halphen said, have a tradition of firefighting.

Bruce McClay Jr.’s late grandfather Sam McClay was a longtime Bon Air volunteer, serving for more than 40 years, according to Inquirer archives. His name is memorialized on a metal plaque in front of the firehouse, and a few years ago the crew room was named after him.

It was unclear Thursday whether Bon Air would take any legal action against the township for shutting down the 37-member volunteer company.

“The township’s decision to close the fire company is wrong and harmful to the community,” Bon Air said in its statement, urging the town to reconsider its decision, and for residents to contact their commissioners with pleas to reopen the station.

The town, staunch in its resolve to shut down Bon Air, has repossessed the company’s firefighting equipment, including its three fire trucks. With Bon Air indefinitely out of service, Haverford’s four other volunteer fire companies will handle calls. All the companies are within 2½ miles of each other.

Listen to how this story was reported by America’s Pravda:

The township needs to be sued.