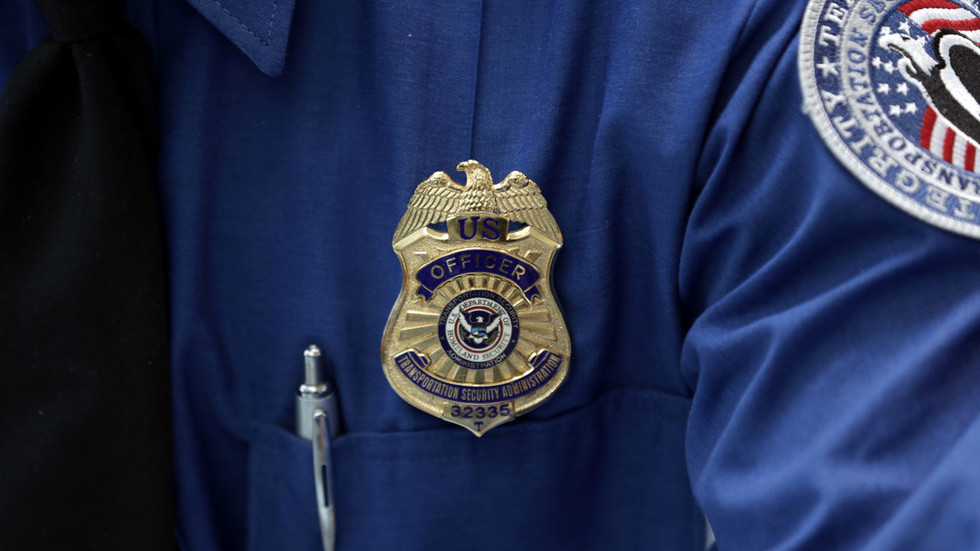 Share
Tweet
Share
Pin
(Saturday) A TSA agent has jumped off a hotel balcony inside Orlando International Airport in an apparent suicide. The incident saw panicked passengers rushing through checkpoints, causing nearly 100 flights to be cancelled.

A man in his 40s, later confirmed as an off-duty Transportation Security Administration (TSA) agent, jumped from the upper floor of the Hyatt Regency Hotel located within the airport and landed near a security area. The Saturday morning freefall provoked mayhem, scaring many passengers into breaching security checkpoints in the ensuing chaos.

The airport authorities made the decision to rescreen all the passengers in dozens of gates affected by the incident, which led to massive backlogs. At least 45 outbound and 49 inbound flights were cancelled. Photos on social media show long lines of people at security checkpoints, as the airport asked passengers to arrive early to be on time for their flights.

here is what is crazy 10000 people to get through and they are only letting people with Pre TSA go through the pre tsa line….come on Orlando this does not make sense pic.twitter.com/CNtU1iHAx2

Some of the passengers appeared to cross police lines, struggling to cram into the narrow waiting space.

The TSA said in a statement that the agent “fell from hotel balcony,” without providing further details on the incident.

Orlando police said that according to preliminary reports, the man appeared to have committed suicide.

The identity of the agent has not been immediately revealed. Neither was an explanation of what might have prompted him to allegedly kill himself in an airport area bustling with people. However, an ABC affiliate in Miami, Florida, reported, citing a source, that police believe the man was hoping to send a message to the public by ending his life in such a dramatic way.

A spokesman for the TSA said the deceased man just wrapped up his shift before his demise. A witness told the news outlet he saw the agent climbing over the railing but thought that he was merely inspecting the security area.

Florida Senator Marco Rubio has sent his condolences to the family and all impacted by the incident.

Rep. Darren Soto (D-Orlando) appeared to drag politics into the so far unexplained death, tweeting that the apparent suicide “only adds to tragedy experienced at Orlando International” due to the record-long government shutdown.

Our @TSA Officers have already suffered so much during the #GovernmentShutdown. This apparent suicide only adds to tragedy experienced at Orlando Int’l. Our prayers go out to his family and coworkers after this difficult loss. https://t.co/qxrK1UraLd

His remark was slammed by some commenters.

Did you really politicize this mans death? 👎🏼

Trump ended the 35-day shutdown, the longest in American history, on January 25 by signing a stopgap bill to fund the government through February 15. The move came after air traffic controllers at New York’s LaGuardia Airport started calling in sick, disrupting air traffic along the East Coast.

House Speaker Nancy Pelosi urged Trump at the time to reopen the government, tweeting that it was pushing “airspace to the breaking point.”

In the run-up to the temporary resolution, the president of the Association of Flight Attendants (AFA) also threatened to call a general strike to stop the shutdown, which affected 800,000 federal workers, with half being forced to work without pay.