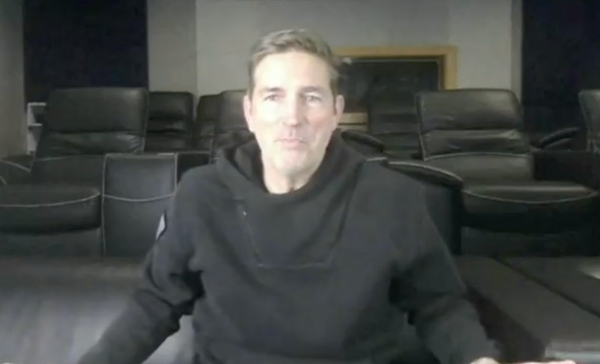 (Natural News) Actor Jim Caviezel was a featured speaker at the Health & Freedom Conference held over the weekend in Tulsa, Okla., where he discussed a new film set for release in which he plays a Department of Homeland Security agent involved in tracking down cartel-linked child trafficking.

In a clip of the interview posted to Brighteon.com, Caviezel, who is an oddity in Hollywood because of his staunch Christian faith, explained that he wasn’t about to simply make a film about child sex trafficking. Rather, he wanted to make one in which the character he played actually did something about the problem, which is growing worse by the year, surpassing the illegal arms trade and set to surpass drug smuggling.

In the just-completed film, “Sound of Freedom,” Caviezel’s character is Tim Ballard, a former Homeland Security Investigations unit member who quit his job of a dozen years so he could devote his life to rescuing children from global sex traffickers.

The “Person of Interest” star who is also known for his iconic role as Jesus in “Passion of the Christ” as well as other films including “Infidel,” “The Thin Red Line,” and “Outlander,” went on to talk about the subject matter of his latest film, which also stars Mira Sorvino and Bill Camp.

“I was called into the [film] industry when I was 19 years old and I knew that it was the Lord that called me into this business,” he said, noting that he didn’t know he could really act but that God obviously had a plan for him.

To those involved in trafficking them for sex, “children are nothing more than like a cow,” Caviezel said. “It’s already passed the drug trade, okay? This is, like, if you were to watch [the film] ‘Schindler’s List,’ you would say, ‘Boy, that was terrible, I wish was around that maybe I coulda done something.

“Well, you can do something now,” the actor continued to applause from the 4,500 people in attendance. “You can end this. When you’re child is taken, you’re never gonna see that kid again. And at that point you probably wish you would have done something.”

While Black Lives Matter activists continue to whine about, and demand payment for, slavery that ended in America 155 years ago, today, at this moment, 40 million people have been victimized by human trafficking, one quarter of whom are children, according to the Child Liberation Foundation.

The group noted further that the average age of a child who is trafficked for sex is between 12 and 14, though some as young as three years old have been rescued. The group also said that “a child is sold for sex approximately 20 to 30 times per day.”

“This is the fastest growing and second largest criminal enterprise in the world generating over $150.2 billion illegal profits a year, of which $99 billion comes from sexual exploitation,” the organization says.

The problem is very bad in the U.S.

Caviezel added, “If we continue to let our little ones be slaughtered, boy, there’s gonna be a judgment on this world, especially” the U.S.

Later in the interview, the actor said he “sees Jesus” in the character, Tim Ballard, he plays in the film.

In the movie there is a line where the Ballard character is asked why he is leaving his job to go hunt for trafficked children, an emotional Caviezel notes. “And I say to him, Tim says, ‘Because God’s children are not for sale.”

The interview with Caviezel also featured the real Tim Ballard (the film is based on true events), founder of Operation Underground Railroad, who told the crowd that he believed that the man who once played Jesus dying on the cross was perfect for the role.

Caviezel said he expects the film to come out in the fourth quarter of 2021 and that no one else in Hollywood can make a film like it because the child sex trafficking issue involves “a lot of famous people.”