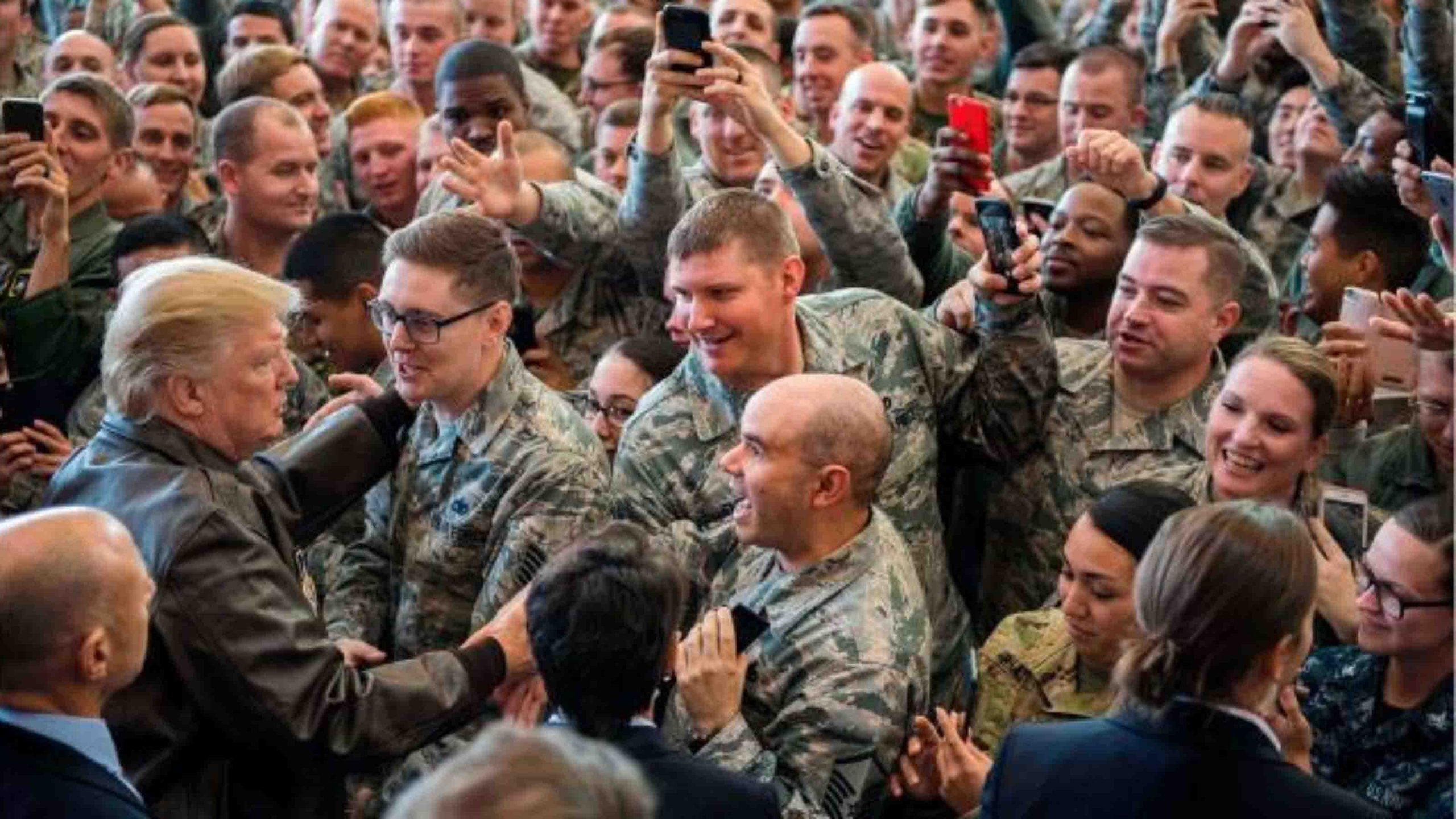 I am a lifetime VFW member because our organization works toward helping veterans, their families, and other members of communities across this nation, and abroad. We show respect for the nation’s Commander in Chief, even if we don’t particularly agree with his politics. Creating an adversarial relationship with the president hurts our cause, and ultimately our members. Our National Commander forgot that this week.

I respect the office of the VFW National Commander, but when he puts me in a position to choose between him and this president, I’ll go with my Commander in Chief. Schmitz’s comments will raise the hackles of a lot of VFW members. He DEMANDED an apology from President Trump for stating that the servicemember’s injuries were minor during the Iranian rocket attack, that they “suffered from headaches,” or a similar phrase.

I understand criticizing the comment IF President Trump knew he was being untruthful or misleading. In an article this weekend I asked if Pres. Trump misled us or was mislead by the Pentagon regarding troop injuries. Those questions need to be asked, but I didn’t ASSUME I knew the answer and demand an apology out of thin air. Having spent my time in uniform, I’m well aware how military leaders like to keep people above them in the dark. The article I wrote follows this paragraph.

Was Commander Schmitz chest-thumping for a few minutes of fame?

The only way the good VFW Commander’s demand for an apology would be reasonable is if President Trump had been briefed on the extent and nature of troop injuries before he made his comments at Davos. There is no indication that anyone had been briefed beyond the initial military report stating 11 servicemembers had been taken off the base for medical evaluation. Schmitz doesn’t know because he didn’t bother to talk to the president and trust me, the National Commander of a 2 million-member veterans organization has the president’s ear if he wants it.

It wasn’t until this past Friday that the Pentagon acknowledged that 34, not 11 troops had been injured and the injuries were related to traumatic brain injury (TBI). So, Commander Schmitz, what, exactly, should the president apologize for?

In case you hadn’t been paying attention, the president has been under attack himself this week with an impeachment trial, but he is still conducting the nation’s business. You’d have to know that Commander Schmitz was aware of that before he entertained the press with his insinuation that the Commander in Chief didn’t care about injured servicemembers. I will say, the commander knows how to get a headline.

What a Coincidence! A U.S. Patent For ‘An Attenuated Coronavirus’ Was Filed In 2015 And Granted In 2018

Prancing around and chest-thumping for the anti-Trump press because you know your “APOLOGY DEMAND” will get you attention, just looks both political and undignified, and you drag our organization into a squabble with the one person in Washington that DOES care about veterans.

Let a lowly former Marine Captain give you some advice. Diplomacy, Commander is the key, and someone in your position should already know that. Before you went to the press with your vindictive, you should have contacted the White House and asked that the president clarify his remarks in light of the new information. You might have used that time to educate him on the plight of TBI survivors, but you missed that opportunity. The fact you didn’t give President Trump an opportunity to readdress this issue leads me to believe you preferred to snipe from the peanut gallery rather than solve an important problem.

If you, Commander Schmitz, really care about TBI why aren’t you DEMANDING that our combat personnel be outfitted with improved helmets with face shields? They decrease the likelihood of a TBI by 80 percent, yet the Pentagon has been dragging its feet for over two decades rather than procure this equipment.

If you failed to even try to contact the president before you launched your media attack–then SHAME on you and you should be the one doing the apology, on behalf of our membership.