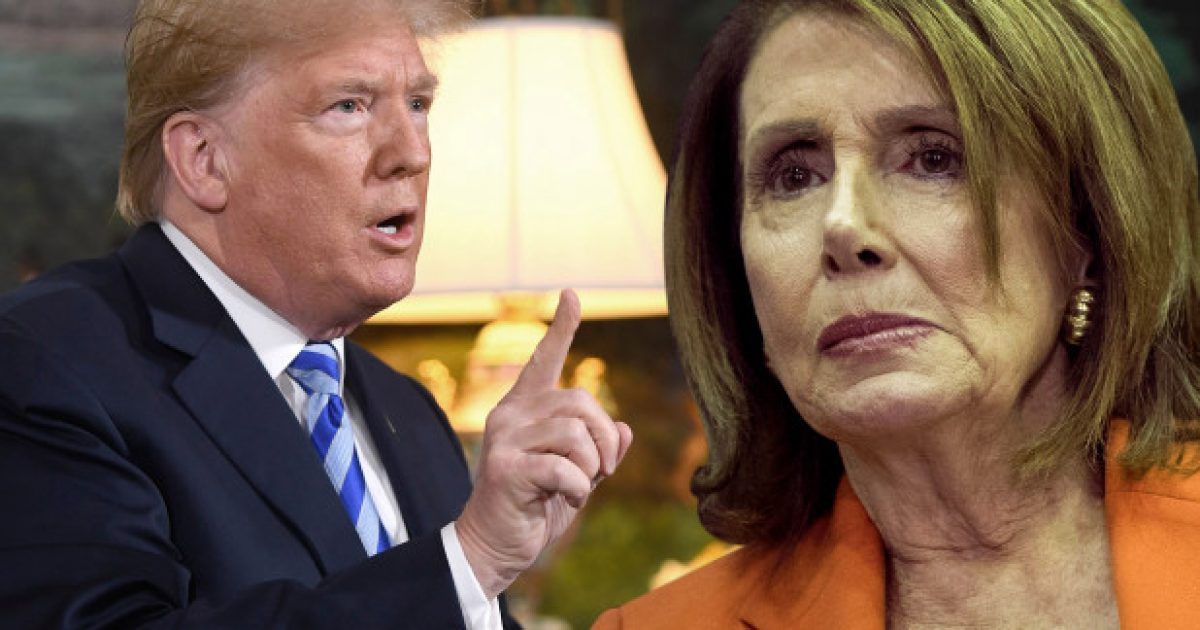 I must say that I am enjoying the fact that President Donald Trump is holding firm to continuing the government shutdown until he gets what he wants and what he promised the American people. In doing so, nothing gives me more joy than to see Speaker of the House Nancy Pelosi (D-CA) being grounded, literally, from being able to fly to Europe and the Middle East at taxpayer expense due to the government shutdown, but that is just what Trump did to her in canceling her flight.

“Due to the Shutdown, I am sorry to inform you that your trip to Brussels, Egypt, and Afghanistan has been postponed,” Trump wrote in a letter to Pelosi, informing her that she could “reschedule” when the shutdown was over.

“I also feel that, during this period, it would be better if you were in Washington negotiating with me and joining the strong border security movement to end the shutdown,” he wrote.

He then offered that she fly on a commercial airline rather than a private jet.

“Obviously, if you would like to make your journey by flying commercial, that would certainly be your prerogative,” he said.

Here’s a copy of the letter.

Of course, on Wednesday, Pelosi wrote Trump a letter asking that he not give his State of the Union address on January 29, or at the least, simply submit a written letter to Congress about the state of the union.

“Sadly given the security concerns and unless government re-opens this week, I suggest that we work together to determine another suitable date after government has re-opened for this address or for you to consider delivering State of the Union address in writing to the Congress on January 29th,” Pelosi wrote in her letter.

Both Department of Homeland Security Secretary Kirstjen Nielsen and secret service agents said that security for the president would be in order and would not be affected by the shutdown.

"The State of the Union is off." @LeaderHoyer just now. pic.twitter.com/3DtSqAWFCK

So, it looks like Pelosi’s wings are clipped until she comes to terms with who she is dealing with and what is needed to resolve the shutdown.