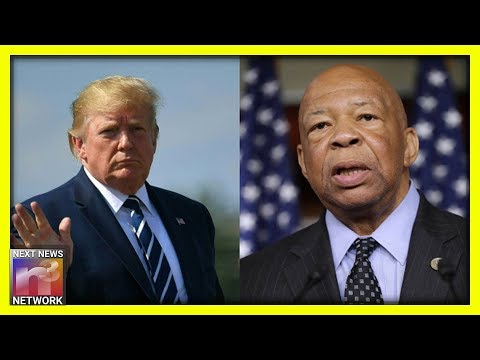 Elijah Cummings might be wishing he kept his big mouth shut at this point.

You don’t want to make an enemy of President Trump.

Here’s the latest from Next News Network:

How about those homicide rates in Baltimore?

During his speech, the president criticized the way in which Democratic politicians have allegedly governed the “inner cities.” He once again condemned the mismanagement of Baltimore, stating that the homicide rate in the city is higher than that of several Central American nations:

“The homicide rate in Baltimore is significantly higher than El Salvador, Honduras, Guatemala, I believe it’s higher than – [asks audience] give me a place that you think is pretty bad. Give me a place – the guy says Afghanistan. I believe it’s higher than Afghanistan in our country. Think of that. I believe we’ll check the numbers, and if we’re wrong, they will tell us tomorrow. It’ll be headlines: “Trump exaggerated.” I do believe the rate is higher than Afghanistan, yet Democrats, and they’ve run it for many years, want to spend hundreds of billions of dollars on illegal migrants instead of supporting their own struggling communities.”

Read it all at The Daily Wire…

So why does no one talk about Baltimore and its homicide problem?

If you said “the liberal media agenda” then you are a winner.

Oh yeah, let’s disarm the good guys that protect our children while gun violence is out of control in Baltimore.

That is a perfect example of liberal logic.