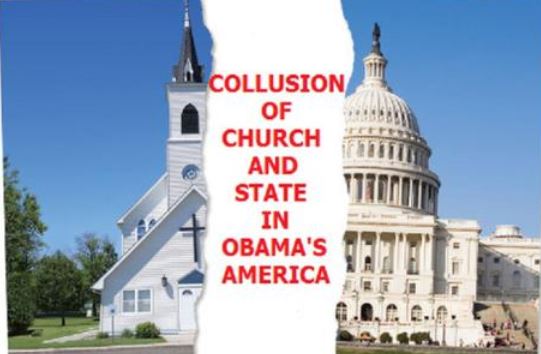 In Luke 20 is an account of yet another attempt by Jewish rabbis and teachers to trip Jesus. Trying to entrap our Lord by catching Him saying something untoward so that they could then hand Him over to the Roman authorities, they sent “spies” to ask Jesus “Is it right for us to pay taxes to Caesar or not?”.

In the matter of immigration, St. Thomas Aquinas (1225-1274), whom the Catholic Church honors as a Doctor of the Church and regards as its greatest theologian and philosopher, respected a country’s laws governing immigration and would gravely disapprove of illegal “immigrants,” much less their brazen demands for special treatment in the U.S. today. So prudent and concerned was St. Thomas for the wellbeing of the host country that he recommended that even legal immigrants be granted citizenship only after 2 or 3 generations.

But Christian churches in the United States have become lawless and law-defying institutions.

In the name of “charity,” some churches are defying and violating U.S. federal government laws on immigration by providing “sanctuary” to those who are in the U.S. illegally and face deportation. See DCG’s Dec. 13, 2016 post, “Churches vow to offer sanctuary to illegal aliens“.

More than defying immigration laws, under the Obama administration, churches and other “faith-based” institutions had formed a lucrative alliance with the U.S. government in aiding and abetting illegal immigration and “refugee” re-settlement, contrary to the Left’s mantra of “separation of church and state”.

As an example, the Baptist Child and Family Services (BCFS) had very lucrative contracts with the Obama administration’s HHS, DHS, and other agencies. One such contract was for BCFS to acquire and operate the luxury Palm Aire Resort & Hotel to house illegal “children” at a cost of $50 million.Another contract was for the BCFS to provide “basic shelter care” to 2,400 “unaccompanied alien children” for just four months in 2014, at a cost to taxpayers of more than $182 million. BCFS’s lucrative contracts with the federal government would explain its president and CEO Kevin Dinnin’s bloated annual salary of more than $477,799.

But under President Trump, that gravy train is drying up.

Michele Jurich reports for Catholic Voice, May 13, 2019, that “With the U.S. government continuing to severely limit the number of refugees who enter the country under its auspices, Catholic Charities of the East Bay (CCEB) [in the San Francisco Bay Area] has ended its resettlement program.”

Nationally, according to Refugee Council USA, the Trump administration has admitted only 12,151 refugees, which is less than 40% of the historically low 30,000 refugee admissions goal.

CCEB’s 90-day service contract with the federal government ended on May 8, 2019. As a consequence, although CCEB was scheduled to receive 100 refugees in fiscal year 2019, which began Oct. 1, 2018, the agency received “just eight”. But the numbers of refugees in CCEB’s resettlement program already had decreased over the last two years. In fiscal year 2018, CCEB was projected to receive 145 refugees; 100 were received.

This effectively ends the involvement of about 40 East Bay parishes in setting up apartments, driving newcomers to appointments and helping them feel at home in their new land. Over the past three years, these parishes have been actively involved in co-sponsoring refugee families. Reportedly, “many” of those refugees had worked for the U.S. government in Iraq and Afghanistan.