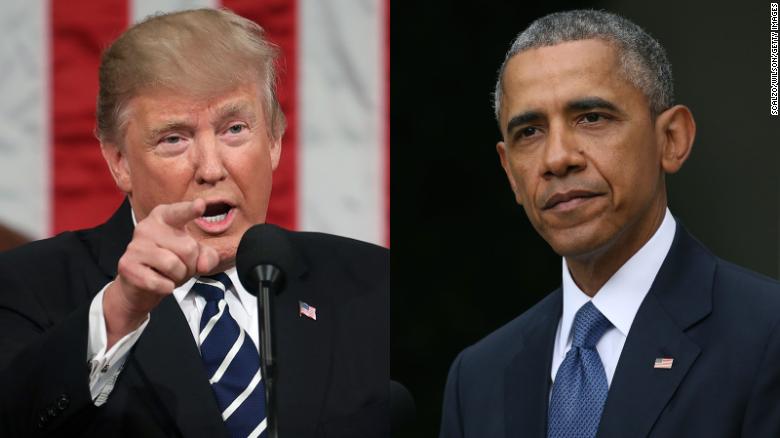 When Barack Obama implemented his unilateral amnesty for illegal aliens who claimed to have entered this country before the age of sixteen, the illegally amnestied illegals qualified for many benefits.

One of these were FHA loans.

FHA loans are government-backed mortgages meant for poorer Americans unable to qualify for normal mortgages. Democrat abuse of the FHA helped lead to the Great Recession and in the years afterward, FHA insured loans hit losses of $70 billion. By 2012, the FHA was $16 billion in the hole and had to be bailed out. The delinquency rate for FHA loans is still more than three times higher than normal loans, and depending on the period, have hovered between 8% and 14%. Time to bring in the illegal aliens.

When Obama illegally implemented DACA, a program exempting certain illegal aliens from government action, they were also allowed to apply for FHA loans. How many illegal aliens obtained FHA loans?

In December, a letter from three Senate Democrats claimed that HUD barred “approximately 800,000 individuals approved for DACA from FHA-insured mortgage loans”. This refers to the total number of DACA illegal aliens and it’s unknown how many of them have obtained FHA loans in past years.

Ellie Mae’s millennial tracker estimated that the average size of an FHA loan to millennials is $186,454. Potential exposure to illegal alien mortgages could then climb as improbably high as $150 billion.

It’s unknown how many illegal aliens have taken out FHA loans, but some media stories have cited loan officers for whom illegal alien FHA loans represent a significant percentage of their business.

The Trump administration has applied the brakes to this avalanche of taxpayer-insured mortgages to illegal aliens. The Department of Housing and Urban Development (HUD) had begun notifying lenders that the FHA was no longer in the illegal alien mortgage business. The reasons were common sense. DACA illegal aliens, or in media spin, DREAMERs, were not legal residents and weren’t being legalized.

Under Obama, FHA rules had been bent so far backward that people who were not only non-citizens, not only non-permanent residents, but weren’t even legally here, were having taxpayers guarantee their mortgages. Not only hadn’t the Democrats learned anything from the Great Recession, they were determined to make the irresponsible behavior of the FHA a decade ago seem sober and sensible.

And they aren’t giving up.

The December letter by Senator Menendez, who had recently been on trial for corruption charges, Senator Booker, on whose watch the $100 million poured into Newark public schools dissipated, and Senator Cortez-Mastro, who had been accused of taking dirty money, claimed to be, “appalled that the Trump Administration would exploit a federal government program to deny Dreamers an opportunity of owning their own home.” But it was the Democrats who had exploited a federal government program meant for poor Americans to benefit not only foreigners, but illegal aliens with no right to be here.

The letter by the three Senator Democrats falsely claimed that President Trump was targeting a “portion of the American public”, when in fact illegal aliens are not part of the American public. They demanded, “sound and unambiguous legal reasoning” for the move. The sound and unambiguous reasoning would be that illegal aliens are not legally resident in the United States and therefore do not qualify for loans.

The illegal alien mortgage business, built on the backs of American taxpayers, is obviously profitable. But it’s also a silent nuclear weapon threatening mass destruction of the economy in case of deportations.

The more illegal aliens end up with FHA loans, and as those FHA loans are turned into Ginnie Mae Mortgage Backed Securities, deporting DACA illegal aliens would risk mass defaults on FHA loans which are backed by American taxpayers. Quite a few Ginnie Mae bonds are being held by Japan and China.

That’s why HUD’s move of stopping the flow of FHA loans to illegal aliens is so vital and important.

Not only do FHA loans endanger our economic security, they also endanger our national security. Their very existence serves as political leverage to prevent the government from enforcing the law. Every illegal alien mortgage not only robs American taxpayers, but puts them at risk of even worse losses.

And considering the role of mortgage backed securities in the Great Recession, the threat is real.

However, HUD has carefully avoided taking a clear position to prevent the inevitable lawsuits and overrides by Obama and Clinton judges embedded in the federal judiciary. Instead HUD officials have successfully warned off many lenders by creating ambiguity about the status of DACA FHA loans.

The riskier illegal alien FHA loans appear, the more irresponsible taking them on will seem. And lenders will be aware of the shadow of the “False Claims Act” hanging overhead if they bite on illegal loans.

This is far from an ideal solution. But it’s an understandable response by a crippled executive branch that has had its legal powers stripped from it by Democrat activists operating under the guise of judges.

But taxpayer-backed mortgages for illegal aliens are only the tip of the tottering FHA iceberg that President Trump needs to begin shutting down to avoid another recession caused by bad loans.

FHA loans to non-citizens are also extended to non-permanent residents and even to “refugees”. The Office of Refugee Resettlement had even been promoting Freddie Mac’s Islamic Sharia-compliant mortgages for Muslim “refugees”. Foreigners here under Temporary Protected Status, a category that the Trump administration has begun winding down, are also potentially eligible for FHA loans.

The FHA is deeply dangerous and troubled. It is in desperate need of reform.

American taxpayers have long been exploited by the FHA as a piggy bank to pay off Democrat voters. But DACA FHA loans have taken this a step further by taking the economy hostage for illegal aliens.

There has never been any reason given why the United States government should be extending its credit on behalf of foreigners, whether they are residents, temporary workers or, let alone, illegal aliens.

The risk of such loans has been rolled into the overall risk for Americans. And the buck was passed.

The artificial stimulation of the housing market isn’t reason enough for the government to be putting the economy at risk and taxpayers on the hook for the illegal aliens whom Democrats hope to turn into voters. DACA was an illegal policy. FHA loans for DACA recipients piles illegality on illegality.

American taxpayers should be let off the hook for illegal alien mortgages before the cost grows too high.