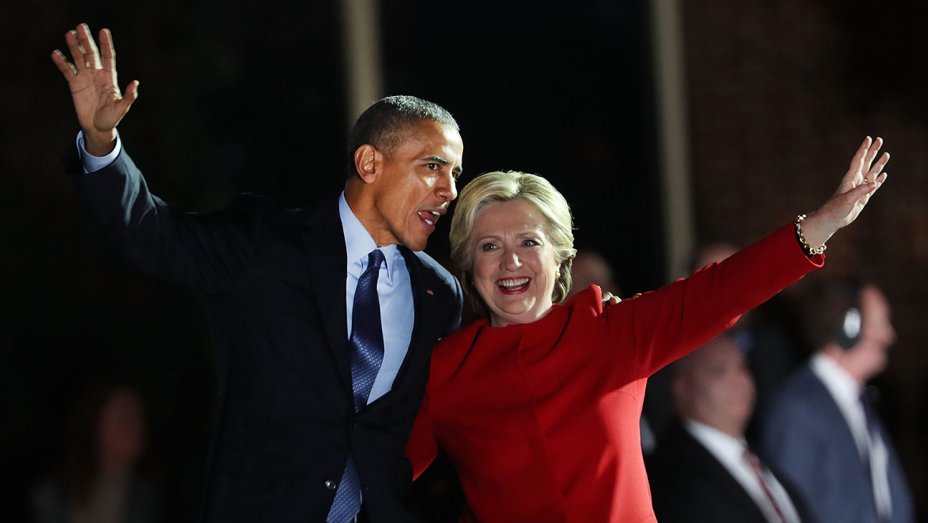 On Friday, President Donald Trump floated the idea of subpoenaing the records of the usurper, Barack Hussein Obama Soetoro Sobarkah, and former Secretary of State Hillary Clinton while pointing out that Democrats had engaged in the same behavior concerning his own life, only at least in this case, Trump has reason to do so.

“All [the Democrats]want to do is impede, and investigate — they want to go fishing — and I watched Bob Mueller, and they have nothing,” Trump said. “We want to find out what happened with the last Democrat president.”

Trump then said, “We could do that all day long. [Republicans] didn’t do what these people have done.”

Trump’s comments came during a pool spray in the Oval Office.

He accused Democrats of engaging in a “fishing expedition” as they sought documents related to his family and business.

Why shouldn’t the administration be subpoenaing the records of known criminals Barry Soetoro and Hillary Clinton?

The FBI under former Director James Comey told us flat out that she broke federal law, but were unwilling to follow through and recommend she be indicted for her crimes.

As for Barry, many American people, including law enforcement officers such as former Maricopa County Sheriff Joe Arpaio documented the evidence that he was an illegitimate president and had committed fraud well beyond that of Rep. Ilhan Omar (D-MN).

I say it’s time to stop talking and start doing. Stop floating and start indicting. There’s more than enough evidence available to indict both Clinton and Obama for treason and other crimes.

Of course, treason should be all that’s needed to bring an end to their memories in this life.

The question is, are we just gonna get more political theater or are we going to see justice served? Without any justice, all of this is merely smoke and mirrors to get people to the ballot box next year to keep and impotent party in power over the open Communists, Socialist and Islamists.