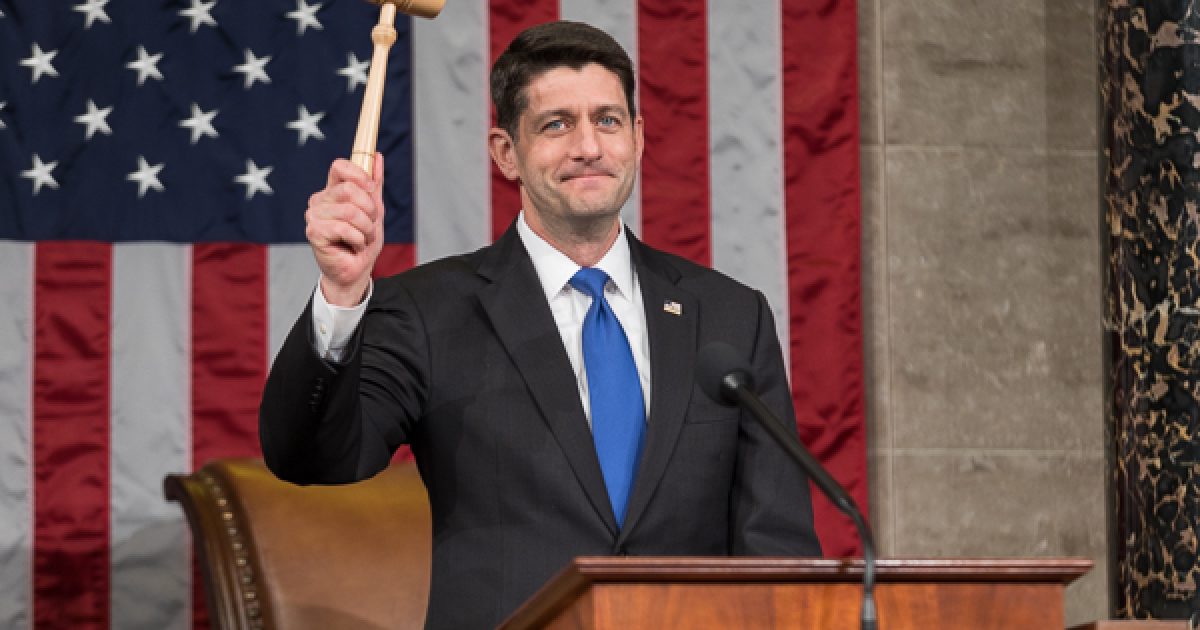 Well, what can I say? I tried to tell conservatives back in 2012 that Paul Ryan and Mitt Romney were not conservatives nor constitutionalists. No one would listen. I even got death threats from some of these people. I’ll bet they’ve been singing a different tune now that these men have been opening their mouths and for Paul Ryan, running the show the past couple of years. Now, President Donald Trump has declared that some of the reason corrupt, criminal Democrats weren’t subpoenaed by Congress was because Ryan blocked the subpoenas.

In an exclusive interview with Breitbart, Trump said that Ryan blocked issuance of subpoenas for Democrats he believes should be investigated. However, now that Republicans are no longer in charge of the House, Trump claims that some of those people may have gotten away with that which they needed to be investigated.

Trump said that House Freedom Caucus Chairman Rep. Mark Meadows (R-NC) and his predecessor and fellow conservative Rep. Jim Jordan (R-OH) wanted to be tougher with the left, but that Ryan would not let them.

“Paul Ryan wouldn’t give the right to have any subpoenas,” Trump told Breitbart News. “Okay? Now in all fairness, Meadows and Jordan and all these guys, they wanted to go tougher, but they weren’t allowed to by leadership.”

Trump’s comments came in a wider part of the conversation about how the left is more “vicious” than the right—and that the left in American politics plays “cuter and tougher.”

“So here’s the thing—it’s so terrible what’s happening,” Trump said when asked by Breitbart News Washington Political Editor Matthew Boyle about how the left is fighting hard. “You know, the left plays a tougher game, it’s very funny. I actually think that the people on the right are tougher, but they don’t play it tougher. Okay? I can tell you I have the support of the police, the support of the military, the support of the Bikers for Trump – I have the tough people, but they don’t play it tough — until they go to a certain point, and then it would be very bad, very bad. But the left plays it cuter and tougher. Like with all the nonsense that they do in Congress … with all this invest[igations]—that’s all they want to do is –you know, they do things that are nasty. Republicans never played this.”

OK, that’s great that President Trump sees this and is speaking out on it. However, whose hands does this fall into to investigate and bring justice in the matter, according to our Constitution? That’s right, the president.

So, I believe exactly what President Trump is saying, just like I believe what he said about crooked Hillary and believing she is “guilty as Hell,” but the question I have is, Mr. President, why are you not fulfilling your promise to deal with Hillary Clinton and throw in the rest of the lot of these people you believe should have been subpoenaed? Why are you merely talking about it and pointing the finger at Ryan, and rightly so, but not fulfilling your oath…

It is the President’s constitutional duty “to take care that the Laws be faithfully executed” (Article II, Section 3).

Paul Ryan talks like he’s a conservative, but when it comes to actually “doing” conservative, well, that’s another story. While I’m glad Trump pointed out Ryans’ failures, largely because he’s a coward and a controlled man, that is no excuse for President Trump to right the wrongs done by Ryan.

Let’s see some of those subpoenas, Mr. President. I’ll back you on them!