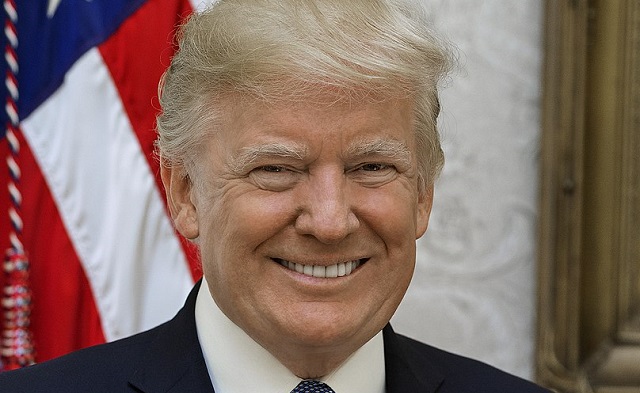 So much for that whole “illegal aliens enrich our culture and our economy” bit!

White House officials have tried to pressure U.S. immigration authorities to release detainees onto the streets of “sanctuary cities” to retaliate against President Trump’s political adversaries, according to Department of Homeland Security officials and email messages reviewed by The Washington Post.

Trump administration officials have proposed transporting detained immigrants to sanctuary cities at least twice in the past six months — once in November, as a migrant caravan approached the U.S. southern border, and again in February, amid a standoff with Democrats over funding for Trump’s border wall.

House Speaker Nancy Pelosi’s district in San Francisco was among those the White House wanted to target, according to DHS officials. The administration also considered releasing detainees in other Democratic strongholds.

White House officials first broached the plan in a Nov. 16 email, asking officials at several agencies whether members of the caravan could be arrested at the border and then bused “to small- and mid-sized sanctuary cities,” places where local authorities have refused to hand over illegal immigrants for deportation.

The White House told U.S. Immigration and Customs Enforcement that the plan was intended to alleviate a shortage of detention space but also served to send a message to Democrats. The attempt at political retribution raised alarm within ICE, with a top official responding that it was rife with budgetary and liability concerns, and noting that “there are PR risks as well.”

After the White House pressed again in February, ICE’s legal department rejected the idea as inappropriate and rebuffed the administration.

A White House official and a spokesman for DHS sent nearly identical statements to The Post on Thursday, indicating that the proposal is no longer under consideration.

“This was just a suggestion that was floated and rejected, which ended any further discussion,” the White House statement said.

“The extent of this administration’s cynicism and cruelty cannot be overstated,” said Pelosi spokeswoman Ashley Etienne.

Wait, I thought all these illegals had a “spark of divinity” inside them?

Why would it be unbelievably cruel to send them to your district when you’re demanding they all be let in to improve our culture and economy?

This is literally the best plan ever.

Whoever told Trump to scrap it should be fired and he should go ahead with it full steam. Make these leftoids live up to their own beliefs!

After the news came out, Trump claimed he’s still considering the plan:

I’m not going to hold my breath as Trump’s been undermined on everything by Javanka and his own staff, but this is just the type of creative thinking we need to solve our immigration problem!