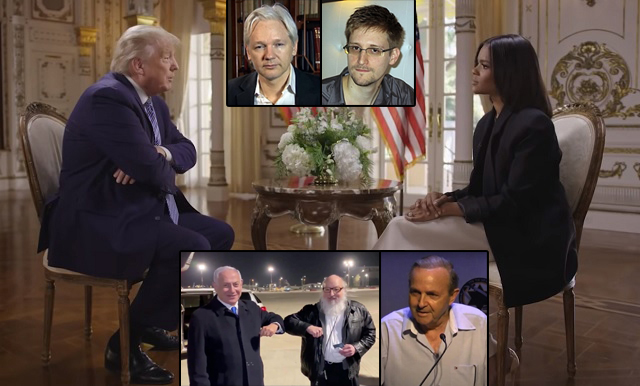 From The Daily Wire:

“You could have had a chance to pardon these individuals,” Owens said of Assange and Snowden. “Why decide not to in that moment?”

“There was some spying things, and there was some bad things released that really set us back and really hurt us with what they did,” Trump continued […] “But at the same time, in many cases, what they did — these were the same people that came after me so viciously and dishonestly.”

“I could have gone — I was very close to going the other way,” Trump added.

Assange is being tortured in prison and recently suffered a stroke.

A UK court just ruled that Assange can be extradited to the US where he’ll likely be given a life sentence and further tortured in prison.

Multiple reports were released earlier this year stating Trump refused to pardon Assange because GOP senators threatened to convict him during his impeachment trial if he did.

Though Trump claims he was torn about pardoning Assange and Snowden due to unspecified “spying” issues, he had no similar qualms when it came to pardoning the Israeli handler of traitor and spy Jonathan Pollard, Israeli colonel Aviem Sella, who fled the US and escaped justice after Pollard was arrested.

Pollard is considered by many to be the most damaging spy in US history and yet Trump released him from the terms of his parole so he could “make aliyah” in Israel.

After Pollard was flown to Israel on billionaire pro-Israel GOP megadonor Sheldon Adelson’s private plane and given a hero’s welcome by Israeli Prime Minister Benjamin Netanyahu, he gave an interview encouraging American Jews to spy for Israel and embrace “dual loyalty.”